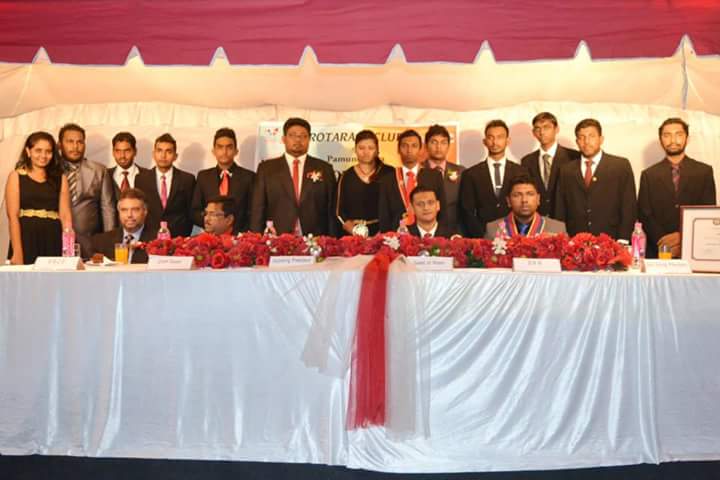 
The journey commenced from the Royal College Skills Union Centre with the participation of over 30 Rotaractors and District 3220 members. Rtr. Hiruni Perera, Rtr. Thlini Leeniyagolla and Rtr. Ranithri Samarawickrama attended this visit representing the Rotaract Club of the University of Colombo, Faculty of Management & Finance. The journey itself was joyful and entertaining. Everyone had the opportunity of getting to know each other and enjoy the bus ride thoroughly.


In place of the Installation Ceremony of the Rotaract club of Kandy, Rotaractors of the Rotaract Club of Kandy joined us on the 12th for a game of cricket at the University grounds of Peradeniya. A match to remember that continued on till it was too dark to even see one another. Returning to our place of accommodation, ‘Kandy City Mission’, many participants stayed up late into the night engaging any many different activities and interacting with one another. 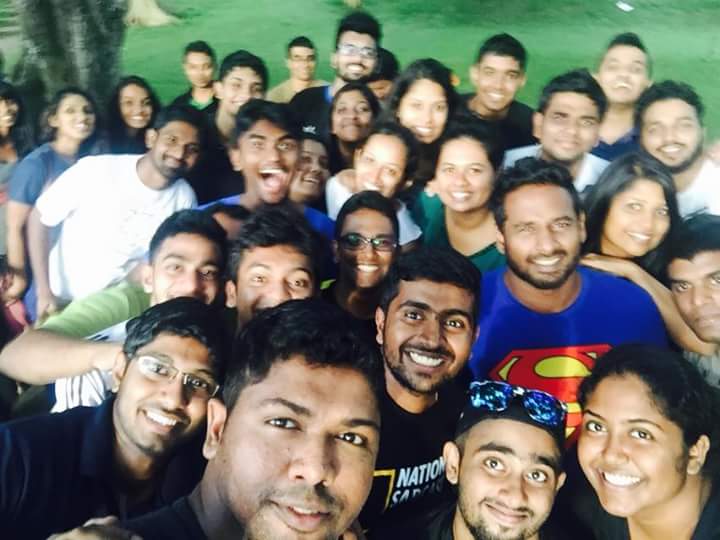 
The Outgoing President Rtr. Tharindu Malinga in his speech compared Rotaract to rain. He stated that when some of the rain water may just roll off the surface, some of it penetrates the earth and gives life to all things around. Similarly he stated, if you allow Rotaract to penetrate your heart, it will give life and meaning to you as well.


This was followed by the speech of the incoming President Rtr. Chamara Yapa who thanked both family and friends, past Rotaractors and the Rotary club of Kandy for their support and Guidance. He introduced the theme for the year which is to ‘Be the spark that lights the Fire’ carrying the message of Rotaract and hoped the Rotary Club of Kandy will act as the wind that helps carry this fire.

The Board of Directors for the year 2015/16 consist of the following Rotaractors.

The DRR PHF PP Rtr. Sathiyeandra Tharmakulerajasingham addressed the gathering next. He took examples of past Sri Lankan Cricketers and spoke of the importance of both standing up for your followers as well as inspiring them to achieve more.


Guest of Honour for the day Dr. Shamala Kumar took the podium next and while congratulating Rtr.  Chamara she also stated how she is looking forward to seeing the first female President of the club someday soon.

Next the Chief Guest for the day Rtn. Vinoth Kumar in his speech voiced the importance of youth in the society and spoke of the power instilled in the youth to change lives of people around them.

The event concluded successfully with the awarding of ‘Sampradana Scholarships’ by the club followed by the felicitations, vote of thanks and the National Anthem.

The highlights of the event was the introduction to the newly appointed President Rtr. Dale Nonis by the former Secretary of the club who emphasized that size is not what matters in a person to be a hard worker and a leader. The club then took advantage of its venue, with the function being conducted outdoors, and entertained the audience with a spectacular display of fireworks.


President for the year Rtr. Nonis took to the podium to speak on the theme ‘Work today for a better Tomorrow’. Following which he inducted his Board for the year.


The Board of the Rotaract club of Pamunugama consists of the following members,

The DRR PHF PP Rtr. Sathiyeandra Tharmakulerajasingham stated how an ‘Avurudu Uthsawaya’ hosted by the Rotaract Club of Pamunugama years ago was how he himself was first introduced to Rotaract. Following the speech, the crowd was entertained by a melodious song item performed by a club member.


Next, DRCC Rtn. Saifudeen Adamaly related a beautiful short story of a young boy and a balloon salesman in his speech to send across the message that success is not determined by what is visible on the outside but by what is within us.


Chief Guest for the day Rtn. Sampath Ramanayake also took the stage and emphasized on the importance of building leadership qualities today to be the leaders of tomorrow.


The ceremony concluded successfully following the vote of thanks, felicitations and the National anthem.


The journey back to Royal College Skills Union Centre from Pamunugama started close to 9.30 in the night, marking the end of two amazing days spent with Rotaractors.


The Rotaract Club of the University of Colombo, Faculty of Management & Finance wishes the newly appointed Presidents of the Rotaract Clubs of University of Peradeniya & Pamunugama and their Board members the best of luck for the year 2015/16 and we also thank the Rotaract District for organizing the visit and giving us many incredible memories to take back home.