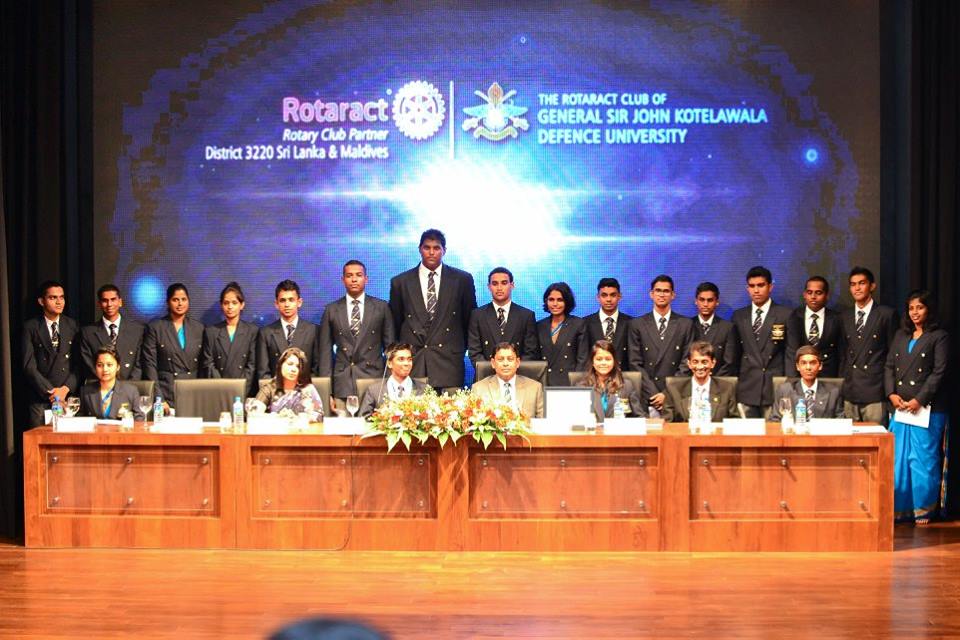 23 Sep 3rd Installation Ceremony of the Rotaract Club of KDU

A troupe of Kandian dancers welcomed the Chief Guests to the occasion and the house was called to order after the lighting of the oil lamp, KDU song, Flag salutation and the  Rotaract invocation which was followed by a wonderful Puja dance. The dignitaries for the evening were,

After observing one minute silence in remembrance of the heroes who sacrificed their lives to save the country, the welcome  address was given by Rtr. Gihan Fernando (Vice President 2015/16), followed by the Secretary’s Report for the year 2014/2015 which was presented as an interesting video clip including photographs of the events and moments they’ve  treasured. Some of the major projects of the Rotaract club of KDU were, “Young- Wild and free”, “Chronicles of Navam”, “Kudaoya (an outbound training camp)”, “Culinary journey through Asia” and the Inter Rotaract swimming meet, which was the first aquatic sports event in the Sri Lankan Rotaract history.


As per the agenda, next up was the address by the Outgoing President Rtr. Yohani De Silva. She enthusiastically mentioned that the club’s membership has expanded extensively by 60% last year and they have been successful in completing all the projects as planned. She also thanked the outgoing board, club members, faculty advisers and parents for the support they’ve extended to make all the dreams come true.

After the induction of the board, the audience was entertained by a beautiful singing item, which had been awarded as Runners up in “Friends in action” organized by the Rotaract Club of Achievers Lanka Business School. 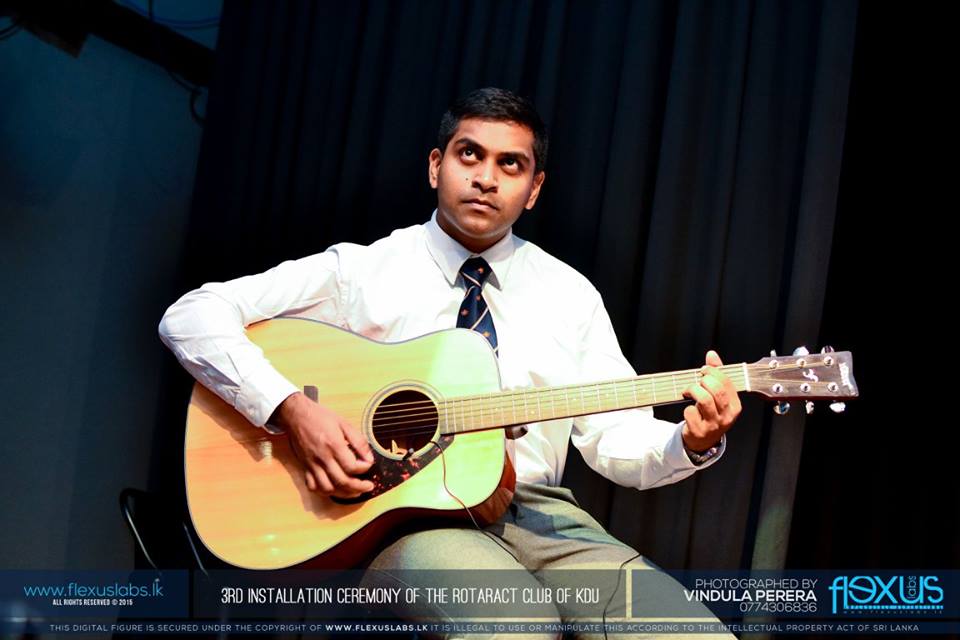 After the Guest of Honor Youth Services Chair Rtn. PHF Farzana Khan addressed the gathering, the audience witnessed the dancing talents of the members of RCKDU, with an attractive couple dance performed by four members of the club.


Chief Guest, Vice Chancellor Major General Milinda Peiris stated that the club has performed exceptionally well since its charter on the 7th of August 2013, under the Presidency of Rtr. PP. Ruvindu Bandara and conveyed his wishes to the newly appointed board and encouraged the undergraduates to be a part of the Rotaract Club to develop their personalities and talents. He also stressed the importance of serving the community and requested the young Rotaractors to help those who are in need whenever possible.


In his address the DRR. Rtr. PP. PHF. T. Sathiyeandra Tharmakulerajasingam congratulated the newly appointed board and mentioned that the RC of KDU has actively participated in all the activities. He also pointed out a message from a war movie and said that the leader has to inspire the team members as they react to what he says and it is not a place to command, but to influence.


The installation concluded with the felicitations and the vote of thanks which was followed by the national anthem and then the house was called to order for refreshments and fellowship.


The Rotaract Club of University of Colombo, Faculty of Management & Finance conveys its warm wishes to the Rotaract club of KDU for a successful year ahead.