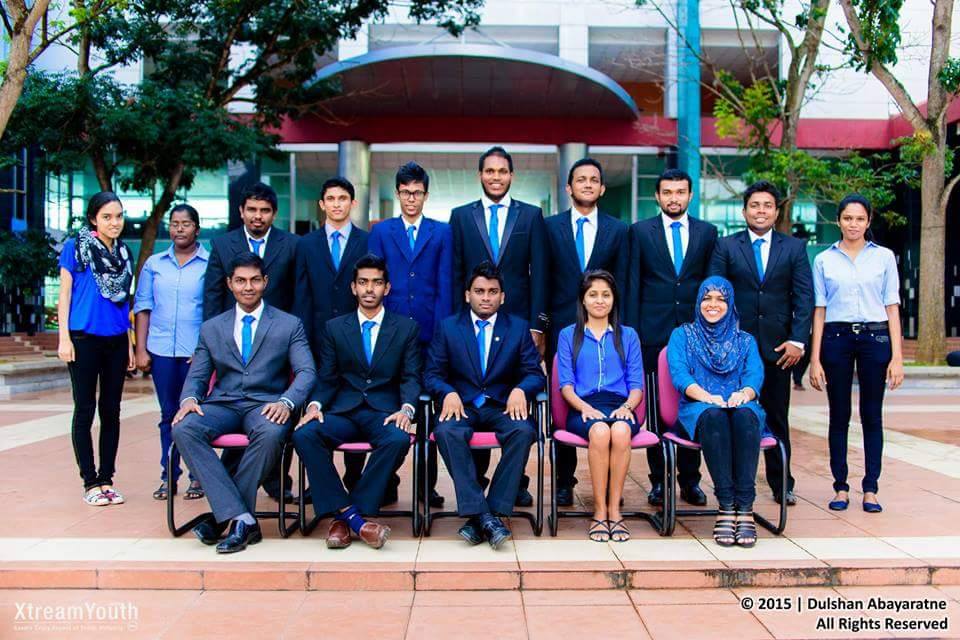 Posted at 05:19h in Installations, Others, Uncategorized by rcuocfmfadmin 1 Comment
The 3rd Installation Ceremony of the Rotaract Club of Sri Lanka Institute of Information Technology (SLIIT) was held on the 10th of September 2015 at the Postgraduate Institute of Management. On behalf of our club Rtr. Chathura Kularathna, Rtr. Ushan Guanthilake, Rtr. Indunil Ittapana and Rtr. Kalana Madhusanka attended the event.


Starting up with the proceedings, the dignitaries were warmly welcomed and requested to light up the traditional oil lamp. The Welcome address was given by the Project Chairperson Rtr. Kavinda Bandulasena. The Chief Guest for the evening, Professor Lalith Gamage who is the President/CEO of Sri Lanka Institute of Information Technology, was introduced in his speech and was invited to address the gathering.


He began his speech by congratulating the members of the club and also thanked the club for being active in the Institute. Furthermore he highlighted the importance of such organizations within the institute to develop and improve the skills of students.


Following this, the Secretary for the year 2014/15 presented the Secretary’s Report. As per the report, they have successfully completed 27 projects including projects like “Shining Bright”, “Ice Breaker” & “Care to share”. Further they highlighted the fact that they have been able to increase the number of members they have, up to 165 members, which was a happy announcement for the District representatives.


Next Rtr.  Nuzhath Hashim, the Outgoing President, addressed the gathering and she was grateful to the members for being with her and helping her to achieve her goals during the year. She also did not forget to appreciate the members who worked with commitment during the year. Tokens of appreciation were given by her to recognize such members. Also she mentioned that members like Rtr. Mitila Thalagala were awarded for their outstanding performance at the District Assembly. Concluding her speech, a short video clip was played regarding the projects they have carried out during the last year and an introduction to the Incoming President was also given.


Next, the Outgoing President Rtr. Nuzhath Hashim collared the  Incoming President Rtr. Chathura Alawattegama. Then he was given the chance to address the gathering. In his speech he thanked all the individuals who had supported him to come to a position like this. He promised to lay a strong foundation for the club and direct the board members as well as the other members to witness an unforgettable year in their lives. He specially thanked Rtr. Imalsha Udawatta who is the Charter President of the Club, for bringing the club to this position. Finally he introduced the Board of Directors for the year 2015/16.


The Board of Directors for the year 2015/16 are:
Once the board was introduced, DRCC PHF Rtn. Saifu Adamally addressed the gathering as the next event in the proceedings. In his speech, he mentioned about a few projects that had been carried out by the club, like “Shining Bright”. Furthermore he emphasized the importance of having good leadership skills and soft skills within a Rotaractor.

The DRR PHF PP Rtr. Sathyendra Tharmakulerajasingam addressed the gathering and congratulated the new President and the board of directors for the current year. He mentioned about the strength of the club by having 150 plus members and the importance of driving them towards a particular goal. In his speech he stated about the upcoming events such as the Youth Seminar, the Installation Ceremony in Maldives etc. Especially he emphasized on the “#Selfiemania” project which was able to make a difference among Rotaractors.


Continuing with the proceedings, Rtr. Naveen Abesundara entertained the audience with an amazing solo performance.


The Guest of Honor for the evening Rtn. Suranga Palliyaguruge, the President of Rotary club of Battaramulla, addressed the gathering while highlighting the fact that the Rotaract club of SLIIT has been doing well so far and he requested them to do something significant or exceptional to upgrade their standings. He concluded his speech by giving a message to the Rotaractors to “Never step back” in their goals.


After that, the pictures of “#Selfiemania 2.0” were shown on the screen. The Rotaract club of Excellence College was awarded as the winners of this competition and the Tennis squad of SLIIT were also awarded winners in a separate category.


Tokens of appreciation for the dignitaries were presented by the club representatives and once it was done, the floor was opened for felicitation. On behalf of our club Rtr. Ushan Gunathilake congratulated the Outgoing President and wished the Incoming President and the newly appointed board of directors.