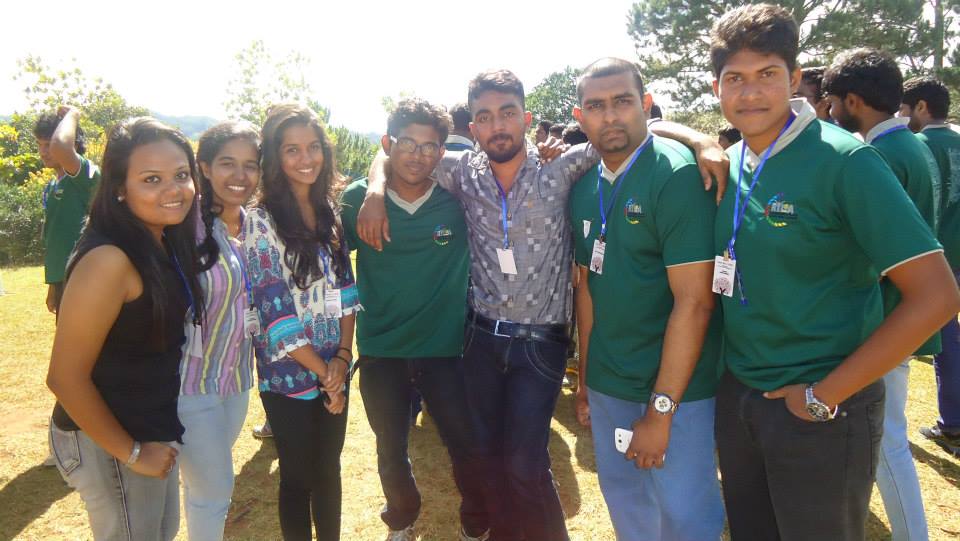 Posted at 06:32h in District Events, Others, Uncategorized by rcuocfmfadmin 0 Comments
The District Rotary Youth Leadership Awards (RYLA) Conference for 2015 was organized by the Rotary Club of Bandarawela and was held at the Holiday Resort Bandarawela on the 4th, 5th and 6th of September.


RYLA is a leadership program coordinated by Rotary Clubs around the world, for Rotaractors and other youngsters aged 18-30 years chosen for their leadership potential. The format of the event varies from District to District, but commonly takes the form of a seminar, camp, or workshop to discuss leadership skills and to learn those skills through practice. Initially originated from Australia, now RYLA is a global event expanded to all Rotary Districts worldwide.


Under this year’s RYLA theme “Achieving Greater Heights”, the Rotary Club of Bandarawela was able to conduct a very successful leadership program for 80 delegates in line with the mission of RYLA to develop skills focusing on youth.


Heading the journey to Bandarawela, transportation was provided to delegates from Colombo starting from Royal Skills Centre at 8.00 am on the 4th of September.


Upon arrival at the Holiday Resort in Bandarawela, proceedings for RYLA began with the opening ceremony in the presence of dignitaries, namely, the Chief Guest District Governor PHF Rtn. George Jesuthasan, President of Rotary Club of Bandarawela Rtn. PHF Keerthi Bandara, RYLA Chairperson Rtn. Rajiv Renganathan and the members of the organizing committee.

Addressing the delegates RYLA Chairperson, Rtn. Rajiv Renganathan, stated that everyone of us wants to be successful, however craving for success would not be sufficient. Therefore RYLA will enable the delegates to have a new look at their lives and take suitable actions to succeed and celebrate.


Rotary International invests on youth, training leaders to take up possibilities when it matters, highlighted District Governor Rtn. George Jesuthasan. He shared his insights on the race to have the 1st man on the moon, which was won by Apollo 11 in 1969. Emphasizing the team concept he stated that in order to be the best team you’ll have to count on the weakest member of the team.


DAY 01 – TEAM FORMATION
With the conclusion of the opening ceremony the delegates, under the guidance of Rtr. PP Ravindra Tammita, were given an ice-breaker session involving activities such as getting the entire participants to stand according to the alphabetical order of their name, age within a given short period of time and then giving the delegates a task of writing the first impression of each other on a half sheet pinned to the back of each individual.


After the ice-breaker session all delegates were blind folded and Rtr. Tammita whispered a name of an animal to each and every participant and then everyone was instructed to find their own kind of animal by making the respective sounds. These names of the animals finally became the RYLA teams for the program.


After getting to know each other in the team, each team was given the task to come up with a team name, to appoint a leader, to do a team cheer and to perform an entertainment item lasting for 2-3 minutes.


Also before the end of the day, the teams were given a task to plan out an act to be performed on the next day, at the camp fire.


DAY 02 – MORNING EXERCISES, INBOUND AND OUTBOUND TEAM SESSIONS
The day began early with delegates instructed to be ready by 6.00 am in the morning for exercises. After 1 hour of physical exercises and warming up sessions which also included a few fun games, an inbound session on “Effective Communication” was conducted by Mahesh Vipula Jayasinghe. (Executive Coach, Motivational Trainer, Management Consultant).


Mahesh, the Founder and Managing Director of Mpower Soft Skills Ltd. has diverse experience spanning over 25 years in the public and private sector across many industries from financial services, manufacturing, plantations, health care and construction into his consultancy practice.


He started the session with emphasis on leaders, who he said are unique and have salient characteristics that make them standout from others. He further stated in order to be a successful leader effective communication is vital, and explained communication methodologies to be highlighted as a capable individual who could influence resourceful parties and climb up the ladder of success.


Then Mr. Mahesh Jayasinghe pointed out the need to change, for the survival in the future. He pointed out examples of global organizations who failed to exist in the present due to their inability to adapt to the changes that took place in the environment.

This session included 2 activities; one was a compass test which enabled delegates to identify their personality characteristics, strengths and weaknesses and thus how to develop ones’ self to successfully survive change.


Second was a Desert Survival Team Simulation activity, in which Mr. Mahesh Jayasinghe gave a small case study situation where a plane crashes into the Sonora Desert, United States killing both the pilot and co-pilot; however none of the passengers are injured. The pilot was unable to notify the position of the plane before crashing but had indicated that the nearest habitation was 70 miles south west.


The challenge given to the delegates was to rank 15 items, which were salvaged from the plane according to their importance assuming that they were the actual passengers in the situation.


Next another inbound session was conducted by Rtn. PDG PP Dharshan John sharing his story of life to success.  It was a very personal and close discussion which enabled us to grab key factors such as focus, hard work and determination as essentials for success.

Following the 2 inbound sessions, the program shifted to an outbound session which initially began with fun games and warm up sessions. Next it transformed to a survival training session, which involved teams to go through different obstacles and gain points. These obstacles required physical stamina, team cooperation, leadership and other aspects.

With the successful completion of inbound and outbound sessions, the night of Day 02 went into deep with the camp fire. Traditional camp fire songs were sung and all delegates performed various acts which they were instructed to prepare the day before.  All delegates enjoyed the session filled with music and drama after a hard day with other sessions.


DAY 03 – CONCLUSION OF THE PROGRAM AND AWARDS
As the day earlier, the delegates were up early morning for exercises, although they stayed up late the night before.
The day witnessed the conclusion of RYLA in the presence of dignitaries such as the DRR Rtr. Sathyendra Tharmakulerajasingham, Youth Services Chair Rtn. Farzana Khan, President of the Rotary Club of Bandarawela Rtn. PHF Keerthi Bandara and the members of the organizing committee.

RYLA 2015 concluded on a very successful note adding color and value to the lives of all the delegates who had the opportunity to participate in it. Rotaract is always about fellowship and making other people’s lives shine. It’s always about service and humbleness which was the common sight witnessed in all delegates throughout the program. Helping each other, working together and being unique from one another, and not hesitating to take initiative; everyone was confident in what they were good at.

The Rotaract Club of University of Colombo Faculty of Management & Finance wishes all the very best for the winners and expresses the gratitude for the RYLA Chairperson Rtn. Rajiv Renganathan and his organizing committee for all the hard work they went through to make RYLA 2015 a success.