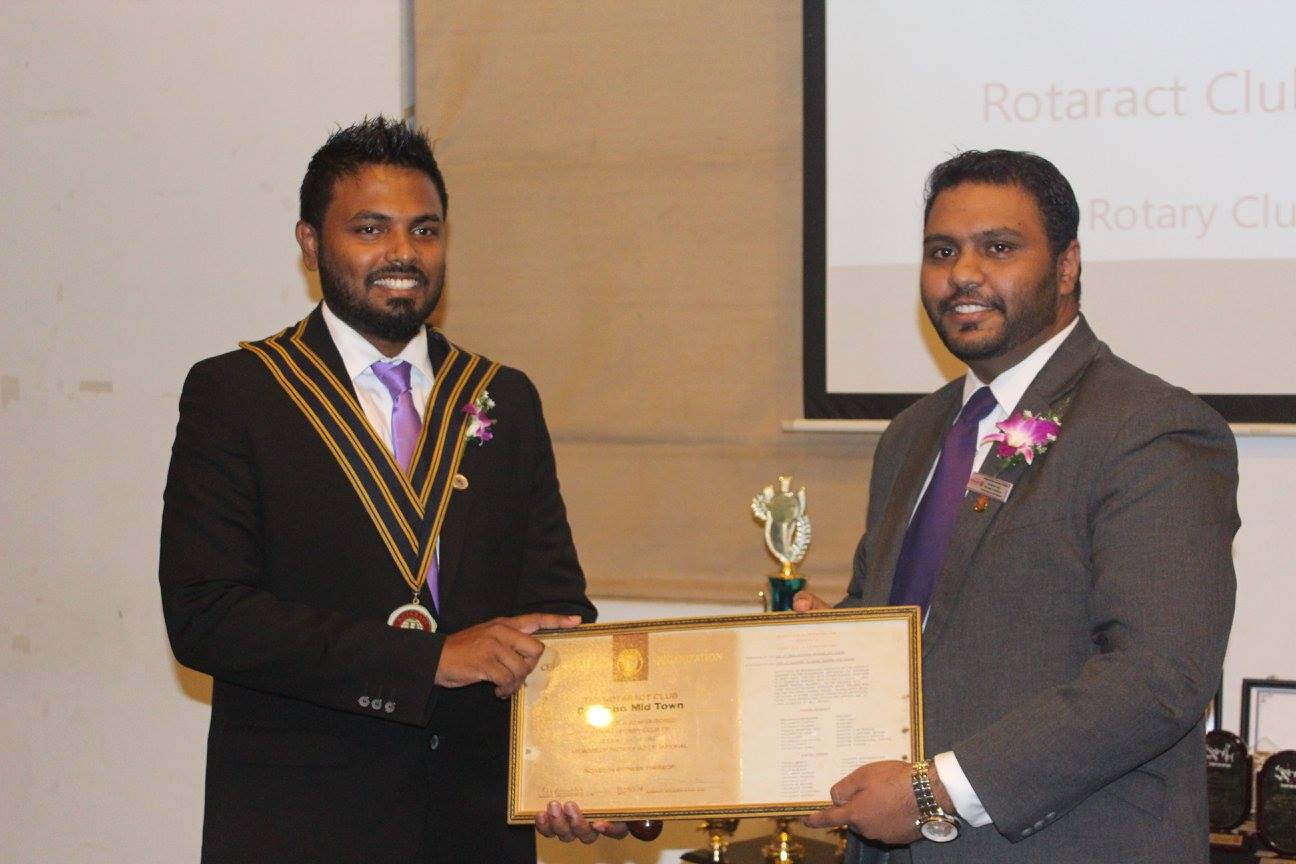 
With the house called to order, flag salutation, Rotaract invocation, the four way test and the Rotaract song were recited. The Project Chairperson Rtr. Nafli Mufthi delivered the welcome address which was followed by an introductory video which highlighted the history and legacy of the Rotaract Club of Colombo Mid Town.

The International Understanding signature project “i-Genius” was the most outstanding project which was jointly organized by the Rotaract Club of Colombo Mid Town and our club. Overall they had received 35 citations at the District Assembly for their projects in 2014/15.

The Outgoing President, Rtr. Muzaffer Sadique, who was awarded as one of the best President for 2014/15, addressed the gathering mentioning how happy he was for being the President of the club for one and a half years, increasing membership by over 100% and completing 40 projects. He then distributed several awards of recognition for his outgoing board and also several other awards of service, tokens of appreciation and special Paragon awards for outstanding club members.


The Outgoing President then introduced the Incoming President Rtr. Zayan Jeffry, who has experience in Rotaract for 9 years and is also a great figure behind the award winning project “i-Genius”.

The address by the Incoming President highlighted the theme of the Rotary International this year “Be a Gift to the world”. His address was followed by the induction of the Incoming Board for the year 2015/16. The board is as follows:

The Guest of Honour for the evening, PDG Rtn. PHF Imthiaz Ismail, a founding member of the Rotaract club of Colombo Mid Town, addressed the gathering by quoting Abraham Lincoln “Character is like a tree and reputation like a shadow. The shadow is what we think of it; the tree is the real thing”.


The DRR Rtr. PHF Sathiyeandra Tharmakulerajasingham, started his address by mentioning ‘behind every successful person, there are many unsuccessful years’ and concluded mentioning that value of people in not in their appearance.


The entertainment item was a guest performance by a Kenyan and two of his friends, who were a special invitees. 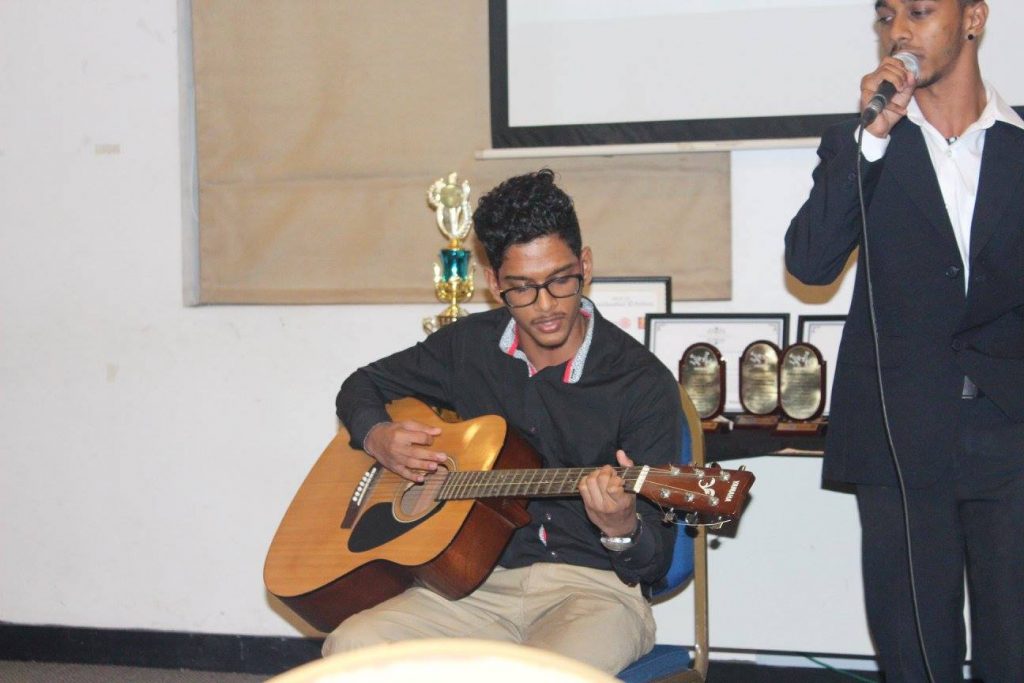 
The final address for the evening was by the Chief Guest of the event, Rtn. PHF Saif Ramzi. He emphasized the importance of Rotaract in helping us to become better individuals and inculcating ethical, moral values and responsibilities.


The felicitations by attending Rotaract clubs took place at the conclusion of the distribution of tokens of appreciation to the dignitaries. To mark the end, the vote of thanks was proposed by the Secretary, Rtr. Rashmi Sathanandan.