Posted at 09:51h in Avenues, Climate Action, Green Life, SDGs, Uncategorized by rcuocfmfadmin 0 Comments
Battle of the Greens was a joint project which was initiated by the Rotaract Club of the University of Colombo Faculty of Management & Finance along with the Interact club of St. Peter’s College. Battle of the Greens was implemented as an environmental campaign which focused on conserving the environment and creating awareness about the green concept.

After the initial stages of planning the project was implemented based on three stages. Under the first stage our club joined hands with Clean Up the World Foundation, which is in conjunction with the United Nations Environmental Program (UNEP) and engages an estimated 35 million volunteers in 130 countries each year, making it one of the largest community based environmental campaigns in the world. They inspire and empower community groups, schools, businesses and local governments to join as members and carry out community based activities to address the local environmental issues. Therefore all the activities related to “Battle of the Greens” were conducted in accordance with the Ethics listed and published on their website, and in line with their campaign theme for 2015 which is “Our Place-Our planet-Our responsibility”.


As the second phase of the project we conducted a series of competitions in line with Clean Up the World Foundation by inviting other Rotaract and Interact Clubs via social and electronic media to carry out projects that would make the environment greener. It was decided that the two best projects would be awarded cash prizes where as the other clubs would be awarded certificates of participation. Therefore clubs were encouraged to carry out the following types of projects.

The objective was to ensure that clubs will come up with their own unique & creative methods to show their contribution for the preservation of the environment.

The Final phase of the project could be highlighted as the pinnacle of the project which took place on the 17th of October from 3.00 p.m. onwards at the Mt. Lavinia beach as SAND-TASTIC 2015.

SAND-TASTIC 2015 was organized as a beach cleanup and a walk along the Mt. Lavinia coastal area in line with Clean Up the World weekend and the International Coastal Cleanup Day. The targeted coastal area was in dire need of a clean up as it was a heavily polluted area.

The beach cleanup was made livelier by the organizing committee by including different competitions to add more excitement to the participants. This also included the Best Sand Castle Completion which brought out the child in all the participants who took part in the competition.


The first half of the evening was completed with the award distribution to the two clubs who emerged as winners and runners up.


The award ceremony was concluded with the presentation of certificates of participation to other clubs who took part in Battle of the Greens 2015. They were as follows,

As we progressed to the second half of the evening it was time to put on the party, to the music of from “Studio 4” along with a breathtaking display of fireworks which took “SAND-TASTIC 2015” to a whole new level. 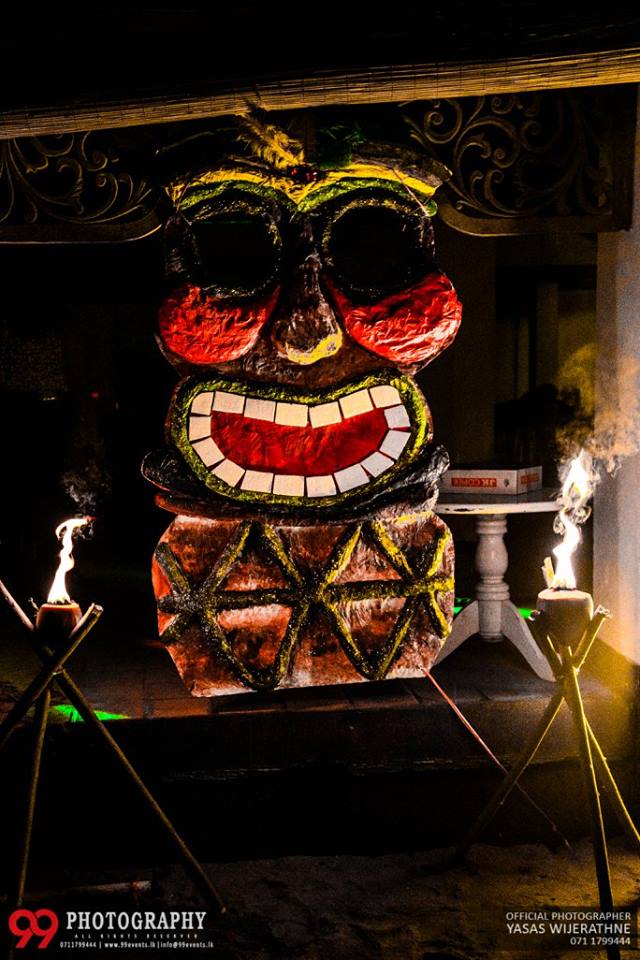 Special thanks go out to the sponsors of the evening without whom the event would not be such a success and widely acclaimed green life project.

Finally our sincere appreciation goes out to all those who participated in “Battle of the Greens 2015” and “SAND-TASTIC 2015” and everyone who contributed in making our dream work.
Written by-

Here’s wishing Rtr. Melan Perera
a very Happy Birthday!🎉
May your day be filled with the brightest of blessings for an incredible and fun filled year ahead!❤🎊

Thank you Rotaract Club of the Faculty of Management and Finance ❤️

Join the workshop organized by RACUOCFMF, to learn all about how to “BRAND YOURSELF” on 21st January at COCO Space from 5pm onwards.

Rangoli 2020–Light Up My World🪔 - A wonderful project which tugged our heart strings, that even DRR. Rtr. PP. Krishan Bala did not regret going to despite missing a friend’s wedding!👀

To know what was so special about it, click on the link below!

Kudos to the Rotaract Club of Centennial United! What better way to celebrate the month of a new beginning and the Thai Pongal season by offering hope and love to those in dire need of them to prosper in life.♥💫

“Rangoli – Light up my world” organized by the Rotaract Club of Centennial United successfully happened for the 3rd consecutive year on the 12th of January at Idea Hell from 6.00 p.m onwards. Like how a variety of colours seamlessly harmonised in to the magnificent …