Posted at 18:03h in Round Ups, Uncategorized by rcuocfmfadmin 0 Comments


The orientation program was also a significant event during the month due to the fact that our club’s birthday was celebrated during the event. In addition to this, “Fight for their rights”, the Animal Welare bill was signed during the orientation. Read more

It’s 100+ for RC UOC FMF
Post the orientation the club’s membership was significantly boosted where more than 50 new members joined the club thereby the club now has a membership base of 100 plus members, which is the first time ever in the clubs history. This surge in membership was as a result of the success the club has been tasting in the recent times. Projects such as Glass Ice, Sand-tastic and Future for Us, along with the active social media campaigns including the Blog has been helpful in attracting new members.

President of our club Rtr. Praveen Fernando was selected as the President of the Month for October, by the Rotaract District 3220. In addition to this Rtr. Praveen was also nominated for the same award for the month of September. This is a very deserving award for our President for his unprecedented hard work and commitment towards Rotaract and towards driving the club to new standards.


The Rotaract District 3220 also awarded our Director of Professional Development Rtr. Dinath Federico the Rotaractor of the Month for September. Rtr. Dinath has been successful in pulling off many PD projects within a short time such as the Workshop on Workplace Psychology, SL2College Voices 2015 and the magnum opus ‘Glass Ice’, which stands as one of the best PD projects ever in the entire District. 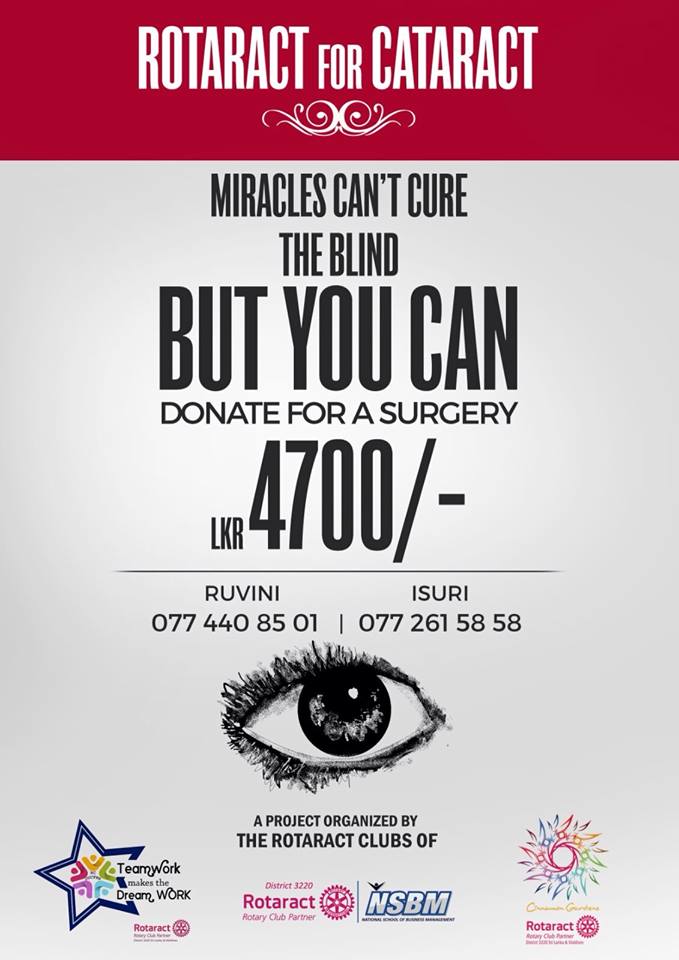 Rotaract for Cataract is a cataract surgery project organized by our club in partnership with the Rotaract Clubs of NSBM and Cinnamon Gardens. This was the phase 5 of Project Serve, which is the District’s official Poya Day project conducted each month by different clubs. Rotaract for Cataract, which initially started as a project to fund the surgeries of 50 cataract patients however due to the overwhelming support of various donors the number of surgeries were doubled thereby being able to conduct 100 cataract surgeries. From our club this project was chaired by Rtr. Ruvini Nuwangi and Rtr. Isuri Weeraman. Read more

Clothing Drive
Project Clothing Drive is a community development initiative of our club which mainly focuses on collecting clothes and other items, such as toys, which are new or fairly new. These items will be distributed during this holiday season among the less privileged so that we will be able help them and bring a smile to their faces.


The project commenced on the 27th of November where we managed to collect many items on the very first day from our very own batch mates and friends. The collection of items will continue to be carried out during the month of December as well. Every day we manage to collect more and more clothes and toys where many people have made contributions, showcasing the true spirit of the season. We hope to distribute these items to a home, at the end of the month. This project is chaired by Rtr. Ranisha Fernando. 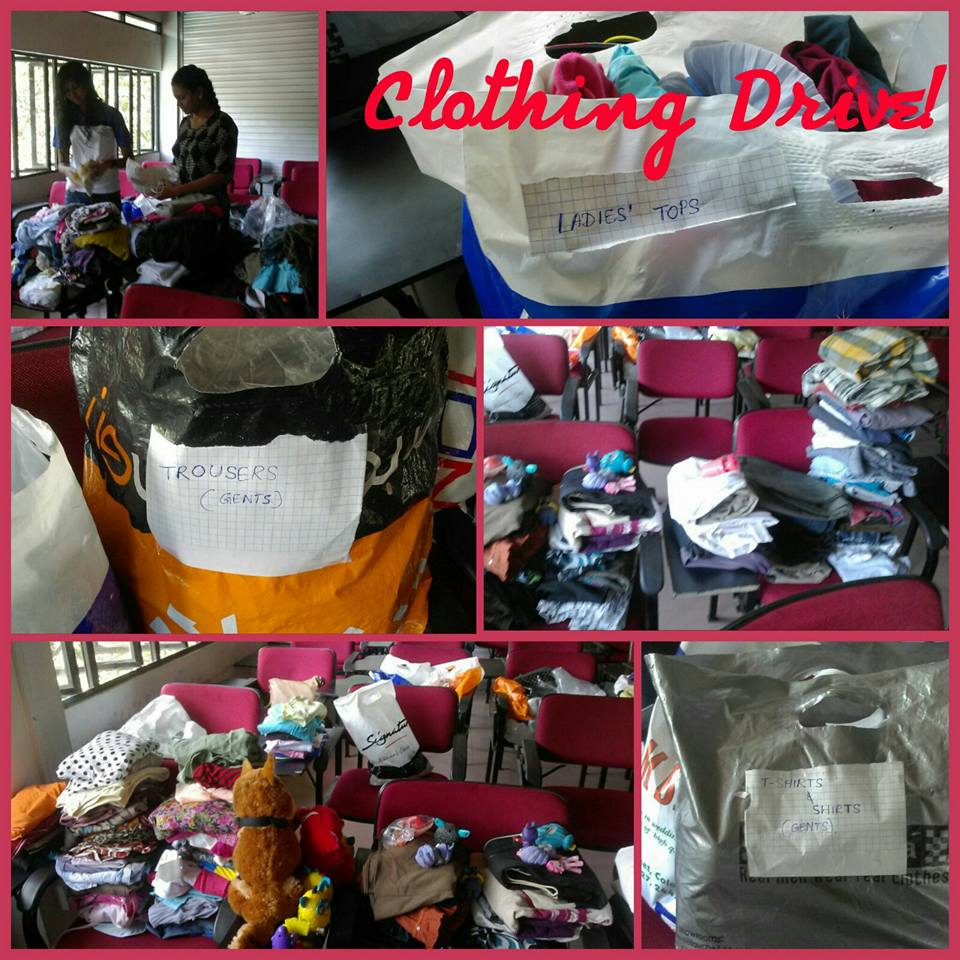 Make a Wish
‘Make a Wish’ is the official Christmas project organized by our club which was successfully completed on the 27th of November. The project, which was held for the second consecutive time, was done on a much bigger and better scale this time.


The project’s main objective was to give an opportunity for the less privileged children to experience the joys of Christmas while also emphasizing the importance of education and learning. Thus a group of 25 A/L students of the ‘Katuwana Pelana Central College, Hatharaliyadda’ were brought down to Colombo to participate in the project. A day tour was organized around the university premises and few other places around Colombo, such as the Independence Square and Galle Face. The project was chaired by Rtr. Ruvini Perera and Rtr. Ranithri Samarawickrama.


Watch the ‘Make a Wish’ project video below


Active Social Media presence
The club’s social media pages continued its success during the month. The club’s official FB page reached a significant milestone by reaching 2000 Likes where the number of Likes on our page has been rapidly growing, thanks to our comprehensive public relations and social media campaigns. Further the club’s official Twitter and Instagram handles (@RCUOCFMF) is also one of the most active Rotaract pages in the District. The club’s social media pages are managed by our PR Director Rtr. Kalana Madusanka and Editor Rtr. Ruzni Faik.