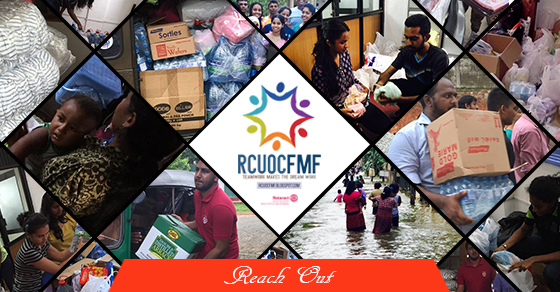 Beginning of 14th May 2016, a low pressure area over the Bay of Bengal caused torrential rain to fall across Sri Lanka, causing floods and landslides which affected approximately half a million people. As of 25th of May 2016 the death toll was 101 with 100 people missing. At the same time others were displaced from their homes and were forced to find shelter elsewhere.


Running out of options as the adverse weather conditions continued, people began to flock in numbers to various places, such as temples, churches, schools etc. It was impossible to provide for numbers this large without any support and at the same time there were many who wanted to donate but didn’t know how to get the goods across to the victims.


Thus, project Reach out was organized by our Rotaractors and the Rotaract club of Colombo North, who came together to bridge the gap between the donors and the victims.


Without a further delay the message was shared among all our social networks and the social media asking any willing party to come forward with any form of donations mainly water, dry rations, clothes and sanitary items.

There were two drop off locations, the University of Colombo and a residence of one of the Rotaractors of Colombo North. Truly, it was unbelievable as within hours of the announcement we witnessed a huge outpouring of sympathy for the flood victims as many donations of all forms including cash came pouring in.
The items collected at both locations were then segregated according to the product nature and a few other essentials were purchased using the money donations.


Members from both the clubs visited the Kaduwela area amidst harsh weather conditions and flooded roads to hand over the first batch of donations  to the St. Marys church, Weliwita on the 20th of May 2016, where more than 300 families sought refuge. It was very heartwarming to see how these grief stricken people accepted what we had to offer with such gratitude. 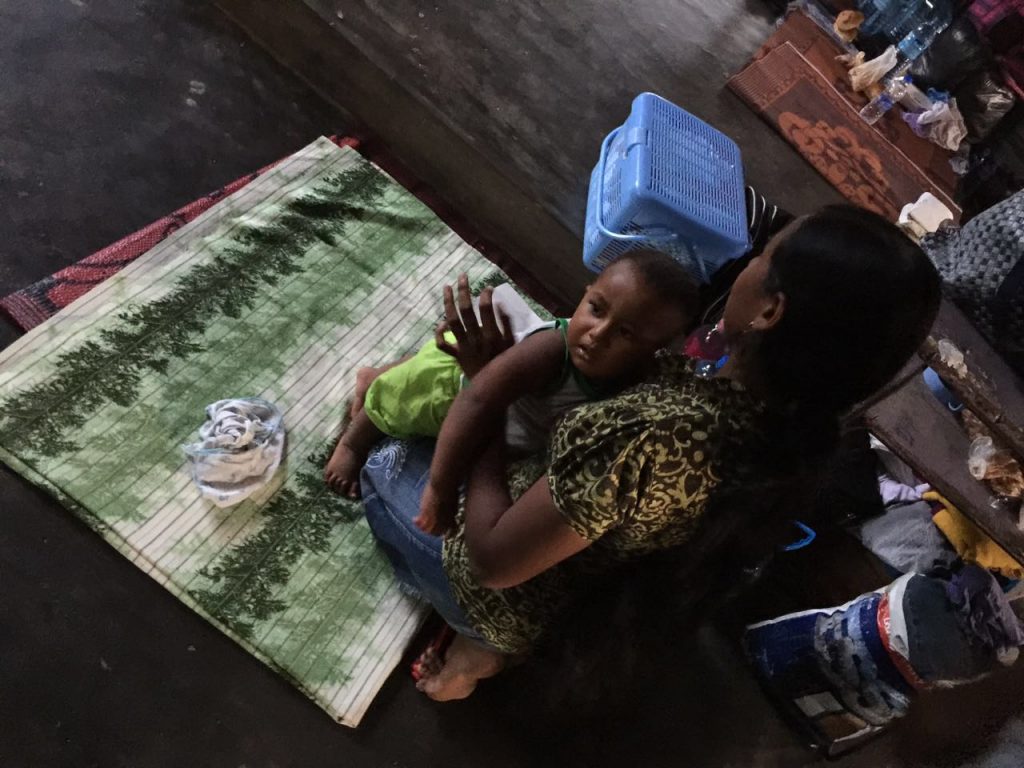 Donations kept coming even on the days to follow. Thus we were able to collect enough donations to give out a second time. And the next batch of collected donations was given to the church of Our Lady of Perpetual help, Balagala on the 30th of May. There too we were able to help out many families who had to face many difficulties without any provisions. The elderly people there thanked and blessed us for our gesture to help them in this time of crisis, and we were told to be assured of their constant prayers. Phase 1 of Reach out was thus concluded with the good wishes of many.


As the second phase of the project Reach Out we decided to use the monetary donations collected, to purchase the items that victims required to settle back to their previous lifestyle. A meeting was held to decide the best way to use these funds, and after considering many suggestions it was finally decided that the people lacked most are bedding items , and thus we purchased mats, pillows and mosquito coils for 100 families in Sedawatte, amounting to Rs.52,000. Then those purchased items were donated to the parish priest of Our Lady of Good Health Church, Sedawatte, for distribution on the 12th June 2016. 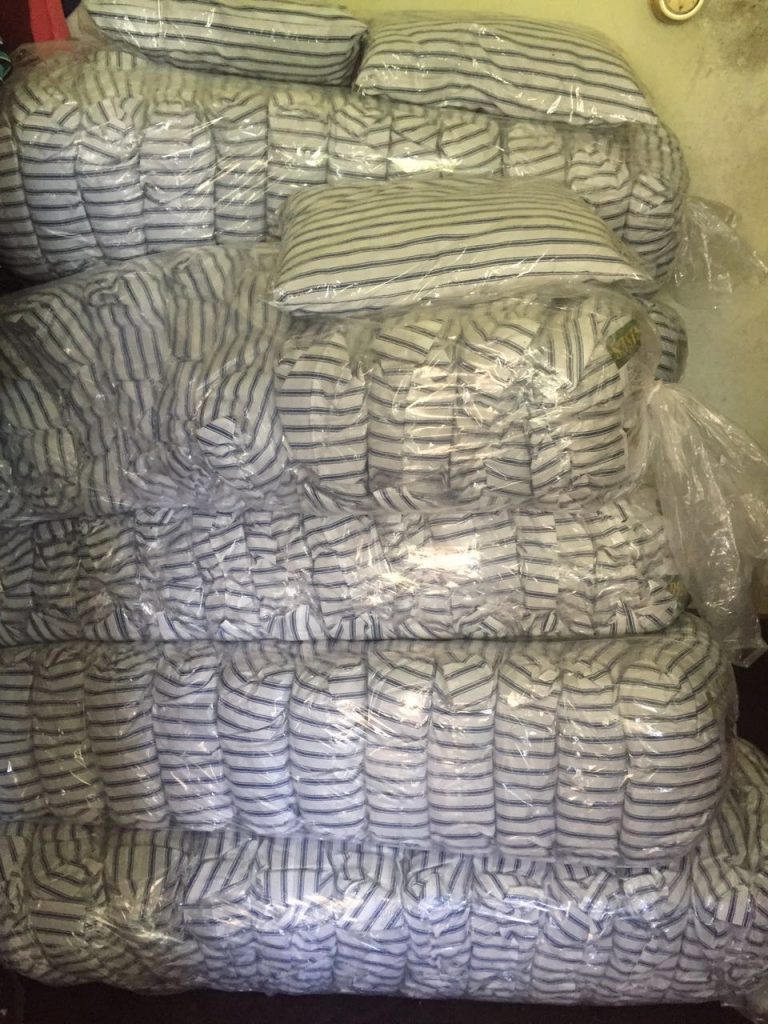 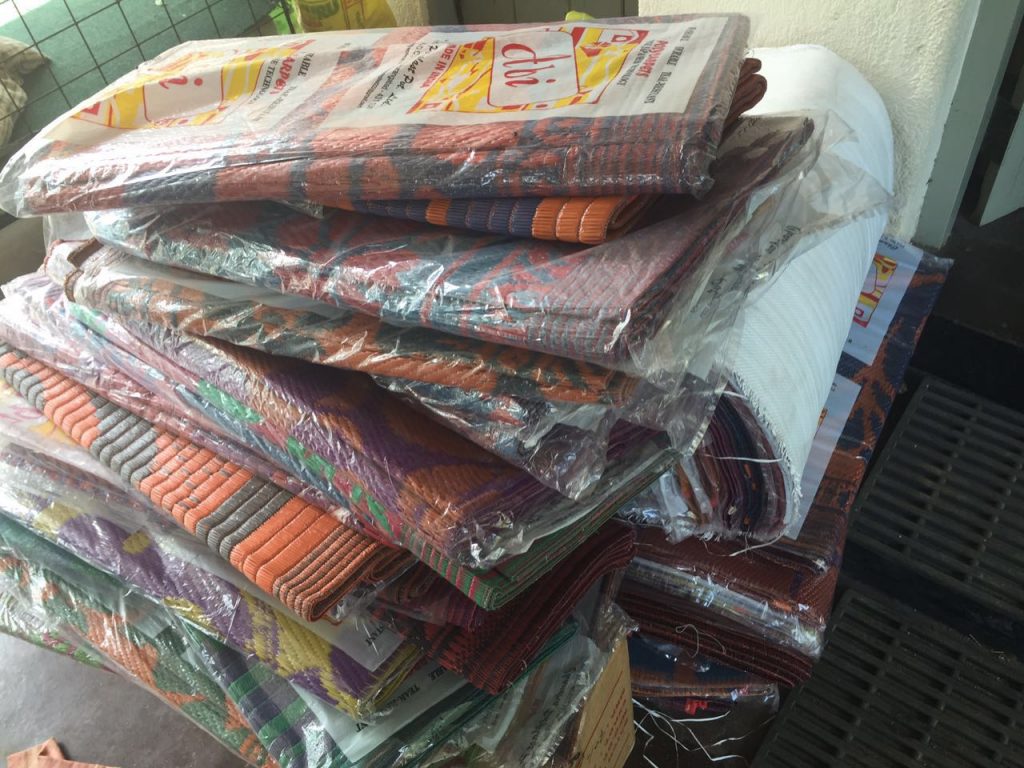 With this step, project Reach Out was successfully concluded. The successful completion of this worthy project was only possible because of all who helped to spread the news, gave donations and also those who helped in collecting, sorting out and the distribution of donations .


This project taught us a memorable lesson and that is, to never underestimate the difference we can make in the lives of others. So Reach Out and help.
Thank you all.