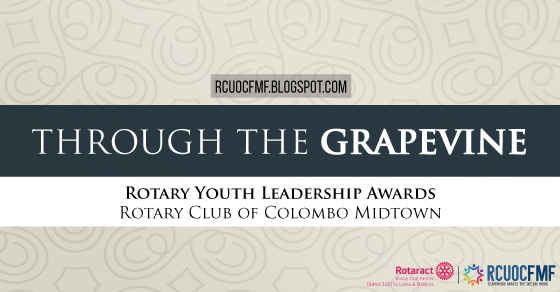 Posted at 06:25h in District Events, Others, Uncategorized by rcuocfmfadmin 0 Comments

The future world demands for worthy citizens who can take up challenges and drive nations towards success and prosperity. This requires youngsters like us to inculcate leadership skills, communication skills, global citizenship and much more. The Rotary Youth Leadership Awards (RYLA) is an annual event held to facilitate to groom future leaders.


RYLA 2016/17, was held on the 26th and 27th of November at Aqua Pearl Lake Resort, Moratuwa, under the theme ‘Lead Tomorrow’. This time around, the event was organized by the Rotary Club of Colombo Midtown.


Day 1 started off with the traditional proceedings, followed by the welcome address by Rtn. Hussein Fazleabas, President, Rotary Club of Colombo Midtown. This was followed by Rtn. Senaka Amerasinghe, District Governor 2016/17 explaining the current purpose of the Rotary International movement and the introductory session came to an end with Rtn. G.S. Sylvester, organizing committee chair, explaining the schedule and rules of the RYLA program.


The first session of RYLA was conducted by Mr. Dusty Alahakoon, Managing Director of Asia Pacific Brewery Lanka Ltd. He followed a very unique strategy to introduce his topic through a practical scenario. All participants were asked to form teams and to have a team leader, but his point was that, it is not always the appointed leader who actually leads. This was proved by asking to do a fashion show in just 15 minutes and spotting the members who got everyone together and completed the task within the time. This task was an eye opener for all the young leaders to find the leader within themselves.

The next session was named “Innovator’s DNA”. The skills, abilities and knowledge required to be a winner in the exponentially growing world and the importance of innovation were discussed in detail with practical examples by Mr. Irfan Ahamed, Managing Director & Founder of Innovation Quotient.


After the lunch break, it was time to make a decision. Whether to keep listening or to be at a back row seat and have a nap. Mr. Romero Linden conducted the next session and helped the RYLArians make their decision. It was truly an inspiring discussion on ‘Decision Making’. As a leader, we face critical situations in our Rotaract career, work life as well as personal life. In these circumstances it is vital that we make a decision, whether its good or bad. Mr. Romero showed the importance of making tough decisions when required and how a leader should handle constructive and destructive criticism that follows. The RYLArians had a lot to learn from this session as we have always heard about destructive criticism, but managing that and also constructive criticism is also equally important.


After all the valuable discussions of Day 1, it was time for the much awaited outbound activities which included rafting, air rifle shooting, crossing the lava river, etc. These activities were meant to build the bond among the RYLArians and to enhance skills such as team work, critical thinking, quick decision making, time management and so on.


After all the fun and energetic outdoor activities, all RYLArians were given one and a half hours to refresh themselves and come up with items for the talent show in groups. The talent show was very entertaining and all the participants showed their acting, dancing, singing and presenting skills. The Rotarians and the participating Rotaractors enjoyed the show very much.


After the talent show, it was the final session for the day. A day full of knowledge gaining and sharing, fun, entertainment and new experiences ended with a bonfire. All members sang, danced and enjoyed the moment at the bank of the Bolgoda lake. Day 1 was officially done with after the bonfire, followed by dinner.


Day 2 started at 5.30 in the morning with an energizing Zumba session. Each and every participant was actively engaged in this session. For some it was a serious workout, while for some it was a new experience, which proved to be very entertaining.


After a short break to have breakfast and refresh, with so much energy and enthusiasm, all the RYLArians were ready for another exciting day.

The first discussion for the day was by the CEO who made a billion rupee company in 11 years starting from zero capital. Mr. Dulith Herath, the renowned business icon of the country shared his knowledge, experience, tactics and tips on “How to build a billion rupee company with zero capital”. This session was nothing but a fortune for most of the RYLArians who are already founders of start-ups or planning on having start-ups.


Being a leader, entrepreneur, trend setter or anything of that sort sounds very fancy and interesting. But what if others don’t know you? This was the main highlight of the next session. Mr. Inthikab Zufer conducted his session on “Personal Branding”. He discussed about the importance of branding yourself to not just survive, but thrive in this current world and also the importance of social media branding using real examples.


Mr. Sandun Fernando, the Champion of Toastmasters Table Topics contest, conducted the next session on the importance of communication for a leader. He made the discussion interesting by a small physical activity at the beginning and also taking examples of national leaders who are great communicators.


Finally, the last discussion of RYLA 2016/17 was on “Nothing is Impossible”; conducted by Dr. Naomal Balasuriya which was a whole new experience for the participants.  This motivational session conducted in his very own “unorthodox delivery method”, made sure the participants had a different worldly experience throughout. His unique way of delivering the message was so effective that there was pin drop silence during his talking unless he expected a feedback from the crowd.


Followed by this motivational session, the participants were given the opportunity to do group presentations. It was mainly on the experience they had at RYLA. Each and every member of each team came up with their thoughts, views, feedback and suggestions. Every RYLArian made sure they thanked the RYLA organizers and the members of the Rotary Club of Colombo Midtown for organizing such an amazing project for us Rotaractors. 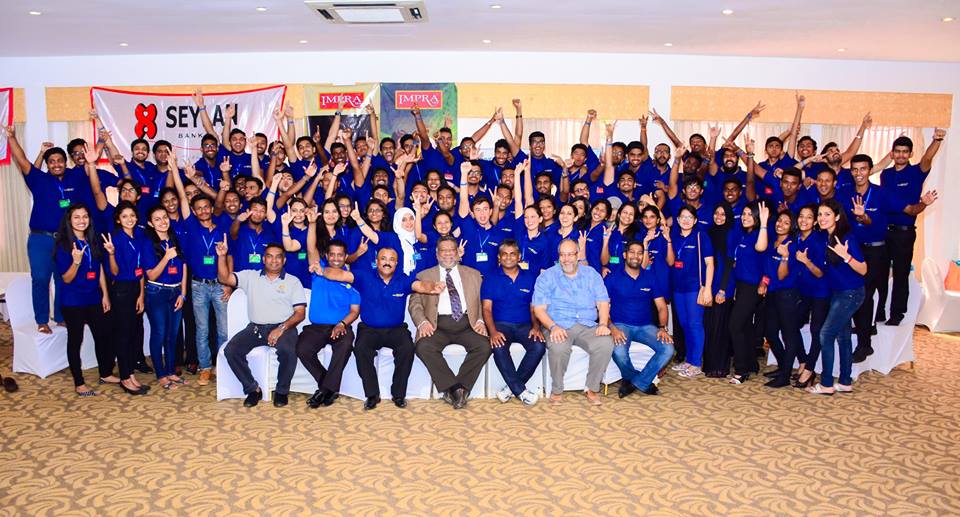 
RYLA 2016 was concluded and dismissed by Rtn G.S. Sylvester. All the Rotaractors and Rotarians came back to Colombo after two days of fun, entertainment, knowledge and a lot of new experiences.


We wish the Rotary Club of Colombo Midtown and the organizers of RYLA all the very best to have even more successful RYLA programmes in the future.