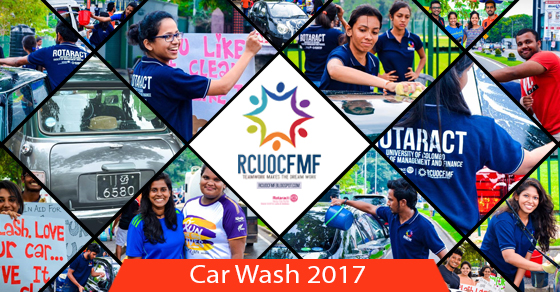 Posted at 05:49h in Avenues, Finance, Uncategorized by rcuocfmfadmin 0 Comments

The annual car wash themed ‘wash for a cause’, organized by our club was held on the 26th of February, 2017, in front of the BRC grounds from 8:00 am – 4.30 pm. It was held in aid of our Community Service project ‘Future for Us’, which focuses on the aspects of building infrastructure and developing soft skills of less privileged students. The main organizers of this fund raiser were the second year club members.


We started preparations for this event a couple of months before. By doing so, we were able to sell our target number of tickets for the wash and even cover all the minute details which were needed to make this event a success.

When the day of the car wash came we were all nervous, but very excited. We started the day by refilling the tankers of water, decorating the place and getting all things ready and set for the wash. Seeing the very first car approaching our wash lifted our spirits and each car that followed motivated us even more. We were lucky enough that the weather was cooperating and there were enough vehicles coming in. Even when there were a couple of vehicles in line, we were able to continue the wash smoothly as each person was allocated a task. The tasks that each group was allocated consisted of holding the banners and getting vehicles in, washing the cars and some communicating with the people explaining the cause of the wash and finally collecting the funds and donations. We all took turns and enjoyed every part of it.


It was not just another fund raiser, but a day filled with laughter, excitement and mingling around with everyone. Many of the senior club members were present throughout the day, providing us with immense support even by washing the cars along side with us. It was indeed a fun filled day.


At the end of the day we all gathered around to know how much of funds we had raised and all of us were over the moon to know that we had exceeded our target by washing almost thirty vehicles during the day. We were all satisfied beyond words can say, because all our efforts and hard work paid off and it was all for a worthy cause.

And that was not the end. Everyone started throwing water at each other not willing to put a stop to the fun, making it an unforgettable day for the co-chairs of the event; but as all good things must come to an end, we concluded the annual car wash by taking the group photo marking yet another successful event of our club.


Finally, we would like to specially thank all those who bought tickets in advance, all those who supported us with their generous donations, everyone who was present on the 26th and to all those who helped us in numerous ways in order to make this fund raiser the success it was. 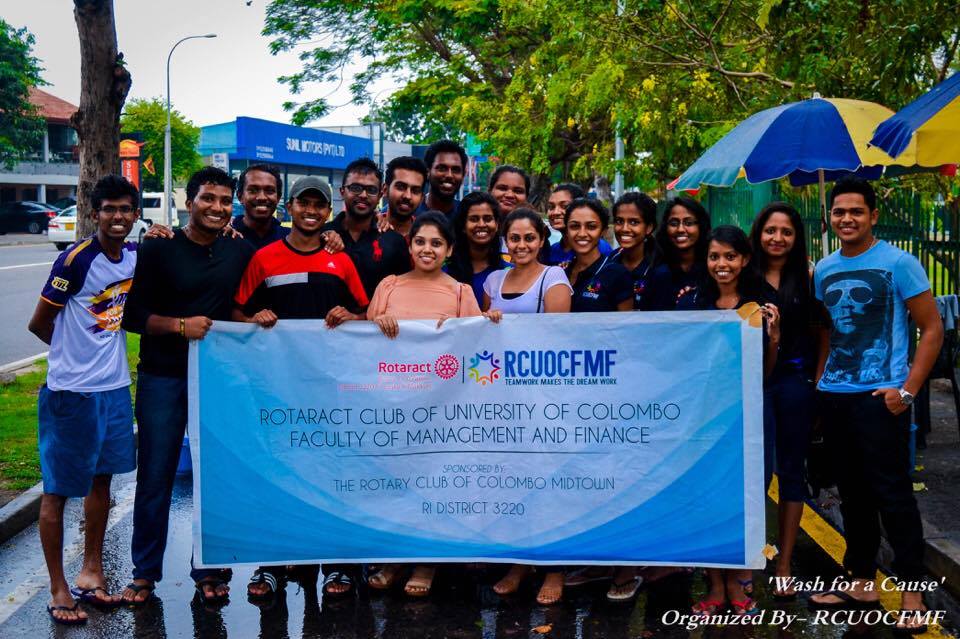