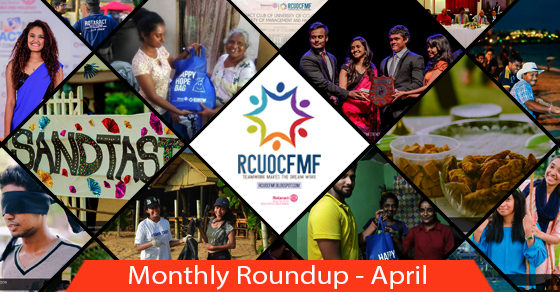 Posted at 16:14h in Round Ups, Uncategorized by rcuocfmfadmin 0 Comments
Awards & Recognition

Write Out Loud
“Write Out Loud” was an article competition organised by the Rotaract Club of Moratuwa for all the young talented writers, who were encouraged to submit articles under 7 categories; Environment and Future of the Earth, Power of Youth, Children, Wildlife and Animal Welfare, Poverty, Education and Freedom of Speech.

This project is a memorable one for us, as our very own Community Service Co-director Rtr. Harindi Jayasuriya was able to win the first place of the competition! Kashuni Kariyawasam from the Rotaract Club of University of Moratuwa and Indeewari Chandrasekara from the Faculty of Engineering, University of Colombo were able to win the second and third places respectively. All of us at RCUOCFMF would like to congratulate all the winners, especially Rtr. Harindi for making us proud! 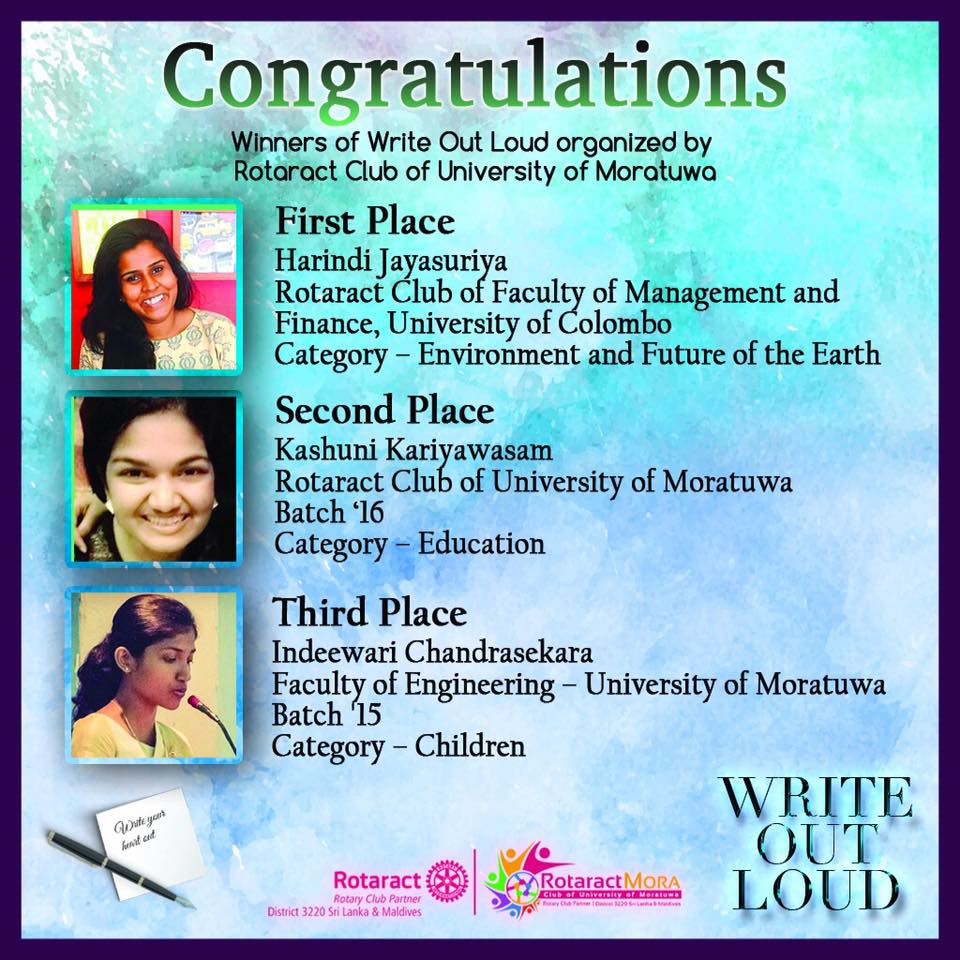 Happy Hope Bag – Phase 2
“Happy Hope Bag” was a community service initiative undertaken by our club to bring hope and happiness to a few selected underprivileged families. During the month of December, happy hope bags were donated to 5 Catholic/ Christian families and 5 Muslim families targeting Christmas and the New Year.


The 2nd phase of this worthy project was conducted during the month of April, where we donated essentials to 10 selected families, comprising of 5 Sinhalese families and 5 Hindu families, to help them celebrate Sinhala and Tamil New Year. 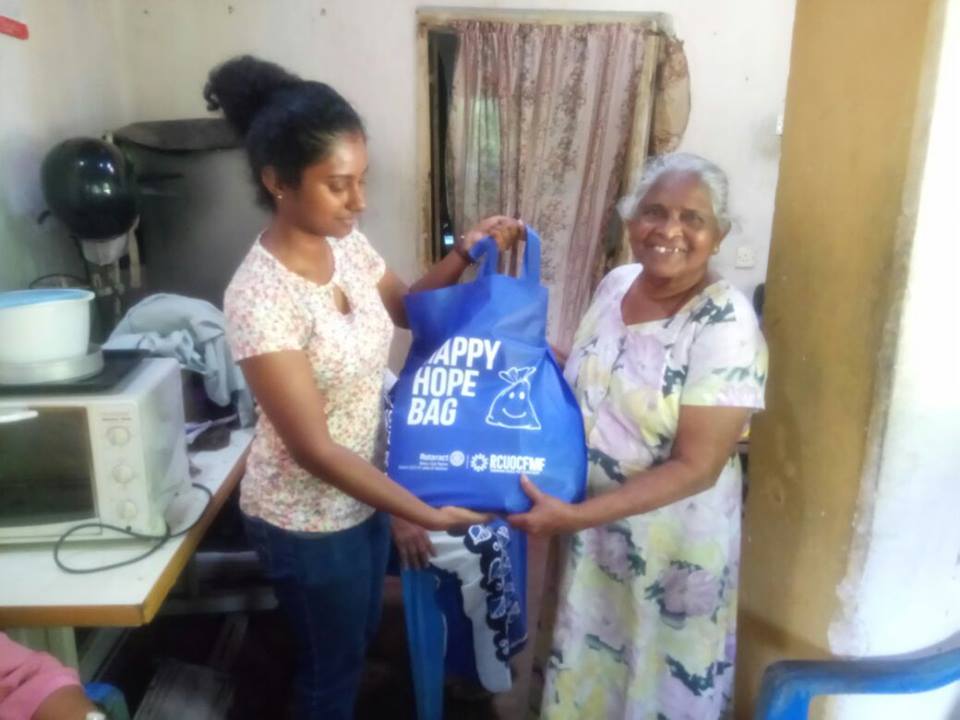 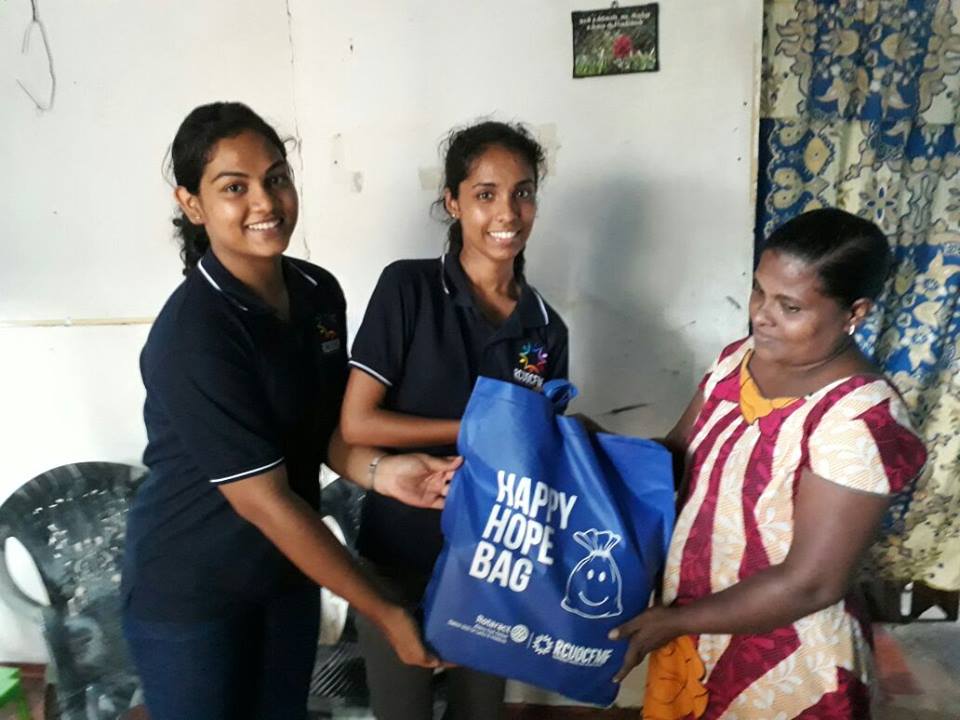 Sand-tastic 2.0
Organized for the 2nd consecutive year along with the Interact Clubs of Nalanada College and St. Peter’s College, Sand- tastic 2.0 was held on the 1st of April, with the participation of over 100 Interactors, Rotaractors and non-Rotaractors.


The project started off with the cleaning up of the 2.5 km stretch of the coastal belt from Dehiwala railway station to Mt. Lavinia railway station and was followed by a number of fun games such as coconut bowling and beach tug-of-war. Later, the after party kicked off and all the participants had a great time mingling with each other and dancing the night away. Read more.

vConnect with RI District 3220
vConnect with RI District 3220 was initiated with the objective of increasing awareness and broadening the knowledge of Rotaractors worldwide and the general public on the services rendered by Rotary, Rotaract and Interact clubs in the District 3220, by developing a single web platform which will bring together the Rotary family for the first time in history. The website features descriptions, videos and images of projects done by the Rotary Foundation and signature projects carried out by clubs. The articles featured on this site will be original work of Rotarians, Rotaractors and Interactors of the District 3220. Anyone who is interested about the services can simply find all the important details about the signature projects from a single source.


The website was launched on the 26th of April, at the Galadari Hotel during the press conference held by Rotary to inform the general public about the main projects done towards humanity by the Rotary movement in Sri Lanka. It was indeed an honour for us to be a part of the press conference and to work with the Rotary District in creating and launching the website. 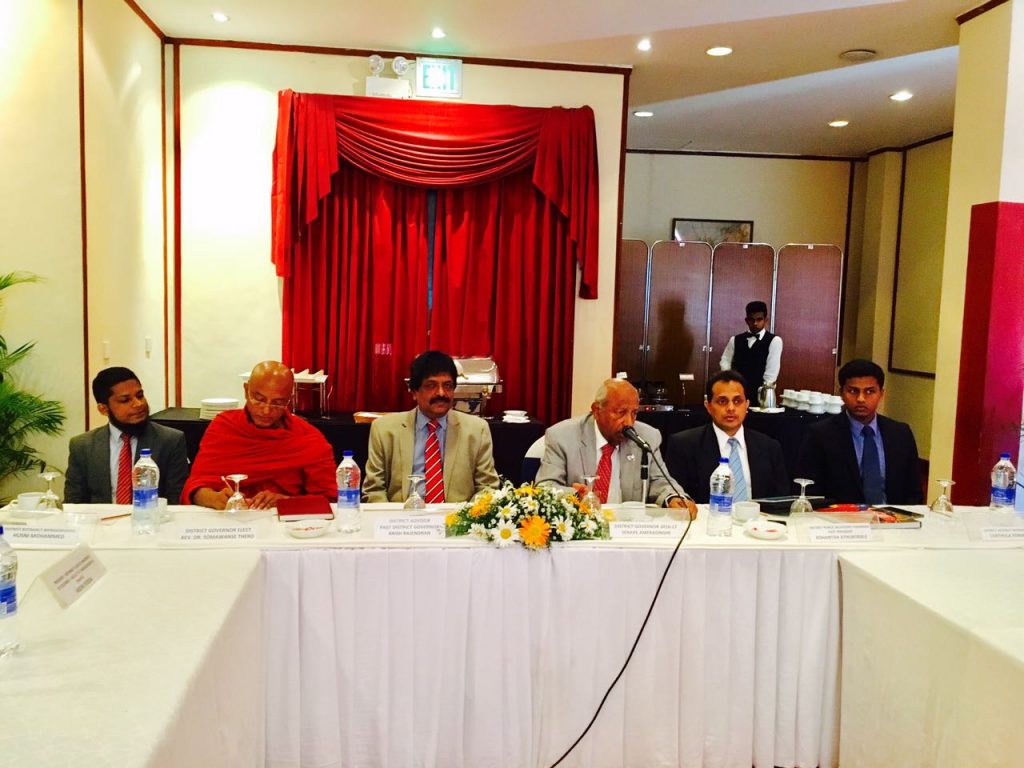 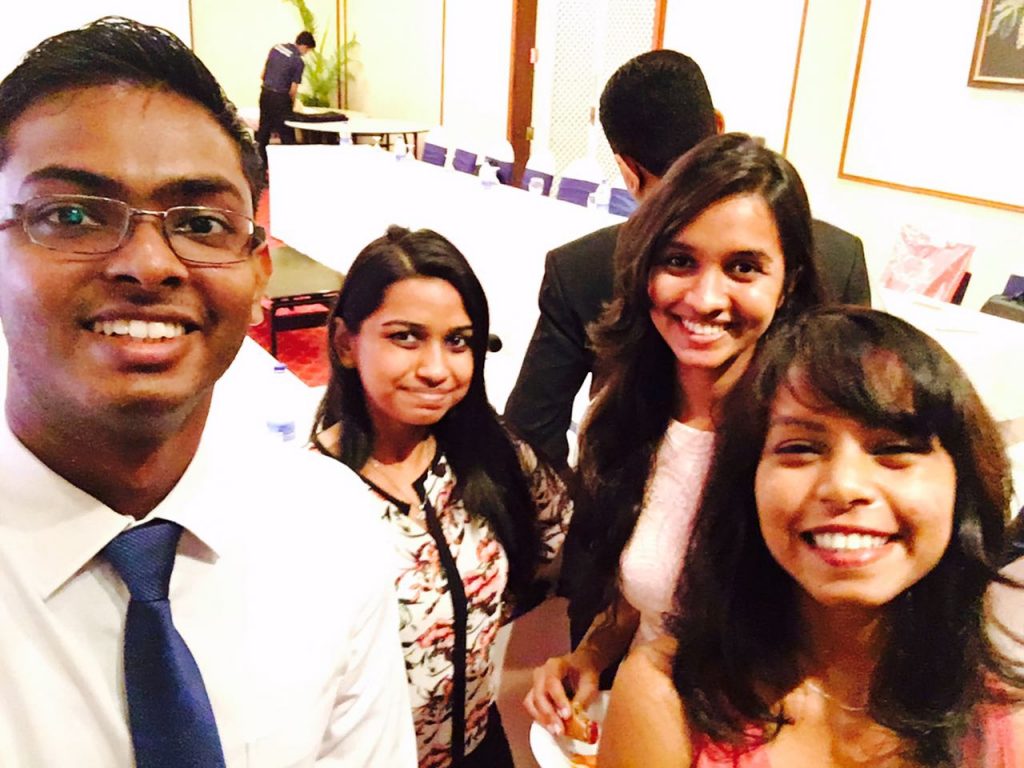 S.L.A.M
S.L.A.M is an annual event organized by the four Rotaract Clubs of the University of Colombo namely, Faculty of Science, Faculty of Law, Faculty of Arts and Faculty of Management and Finance, with the main objective of providing the club members an opportunity to create bonds and fellowship among the Rotaractors of the other faculties of the University.


This time around, the event was “Awurudu” themed and therefore, all of the games in the scavenger hunt were awurudu games and the participants were dressed accordingly as well. It was held on the 2nd of April within the University premises, with the participation of about 60 members from the four hosting clubs.


Subsequent to the scavenger hunt, a paduru party was held and everyone enjoyed the songs and the company, giving the New Year season a great start! Read more.

External Events
Here are some of the District and external club events our members took part in during the month of April.

Rotaract District Conference 2017
The Rotaract District Conference, which is one of the most important events in the Rotaract calendar, was held on the 21st and 22nd of April, at the Nelum Pokuna Auditorium and BMICH respectively, with the participation of more than 500 enthusiastic Rotaractors. This significant event not only provided the participants an opportunity to build networks with fellow Rotaractors, but also to listen to inspirational speeches by Keynote speakers such as Dr. Harsha De Silva, Mr. Mahinda Deshapriya, Mr. Sanath Jayasuriya and Mr. Randhir Witana. This year the theme of the conference was Youth, Sustanability and Innovation.

West Skate Day – Phase VII
The Rotaract Club of Colombo West organized “West Skate Day” for the 7th time since it was introduced, on the 25th of April, at Viharamahadevi Park, for all the rollerblading enthusiasts in Sri Lanka.  This all-time favourite project organized in partnership with the Sri Lanka Rollerblading Club, not only gave the participants the opportunity to learn roller skating, but also created an unforgettable and wonderful experience for them.


Naada Nu
Naada Nu was a wonderful concert organized by the Rotaract Club of Faculty of Science, University of Colombo for the 3rd consecutive year to showcase the many talents of their very own undergraduates. This memorable event took place on the 26th of April, at the New Arts Theatre, University of Colombo. Comprised of an array of songs and performances, this event was able to give the audience an unforgettable musical experience. 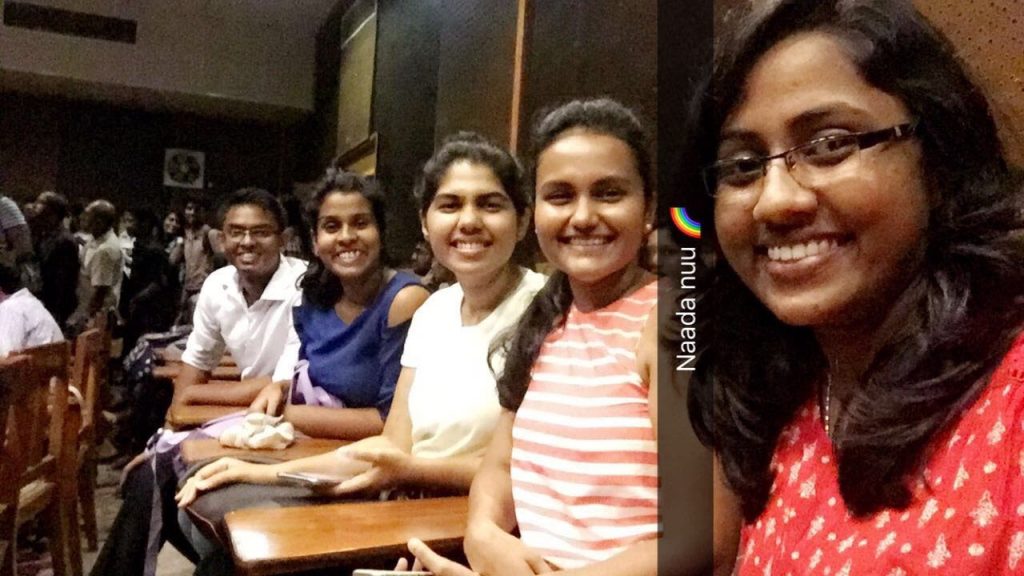