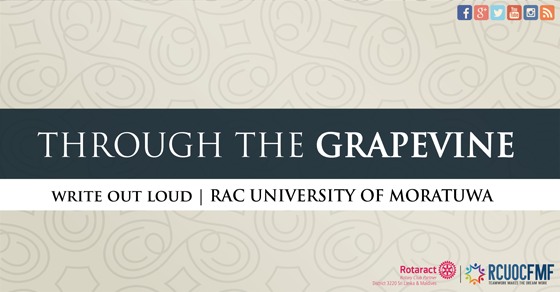 24 May Write Out Loud – Rotaract Club of University of Moratuwa

Posted at 15:51h in External Club Events, Others, Uncategorized by rcuocfmfadmin 0 Comments

“Write out Loud” was a competition organized by the Rotaract Club of University of Moratuwa for all the young talented writers, who were encouraged to submit articles under 7 categories; Environment and Future of the Earth, Power of Youth, Children, Wildlife and Animal Welfare, Poverty, Education and Freedom of Speech.


This project is a memorable one for us, as our very own Community Service Co-director Rtr. Harindi Jayasuriya was able to win the first place of the competition! Kashuni Kariyawasam from Rotaract Club of University of Moratuwa and Indeewari Chandrasekara from Faculty of Engineering, University of Colombo were able to win the second and third places respectively.


Kudos to Rtr. Harindi for making us proud and here’s a look at the article that won her first place.


“We are not okay.
By Rtr. Harindi Jayasuriya

The dynamite explodes. Time stands still as the limestone walls, which have stood since the beginning of time, crumbles away in defeat. A bitter mixture of dust and smoke rise up in ringlets; it’s just another day of the production process.


The axe comes down one last time. With a loud, resounding crack, the massive tree gives away, bowing towards the earth in a final courtesy. The squirrels scatter. The woodpecker flies away. Their home is home no more. But it’s just another day of the production process.


Wheels turn, blades slice, conveyor belts run criss cross, carrying product after product of the same unstable mold; an eclectic combination of plastics and chemicals that rush out to the eager hands of the consumer. Toxic waste gushes out relentlessly to a river beyond the factory. The water turns murky green and what remains of the fish that used to live in the waters, float up to meet the surface; no longer alive. But it’s just another day of the production process.


Since the beginning of time, or for as long as we have known; humankind have existed peacefully alongside nature and a several million other species.


Until we didn’t anymore.


Until we decided that earth existed for the sole purpose of serving mankind and fueling our never ending production processes. Until we decided coexistence was a thing of the past, and mutual destruction was the new in.

The human race, however, is a resilient kind. Through evolution, civilization, wars and plagues; we have powered through unimaginable obstacles against all odds. To dream the impossible, to achieve the unachievable, to imagine, create and bend the forces of nature to serve the slightest of whims, humanity has thrived on challenges. For centuries, civilizations have grown from strength to strength, through blood, sweat and tears.


However, the question is- how long can one thrive, when their very own surroundings conspire to end oneself. How long can one survive, when Mother Nature decides that she has had enough. How long can we hold on, when our home as we know it; starts to change.

For years now, we have felt the winds of change blowing. Something in the air, the water; something in the weather; changing ever so slightly. A species of frog; disappearing off of the face of the earth, a glacier melting; the sea levels rising by a few millimeters, untimely rains, heat waves. For years now, we have witnessed the ecosystem retaliating and it has only just begun.


After several centuries of digging, exploding, cutting, burning, polluting and overall pandemonium, the ecosystem as we know it, is beginning to reveal side effects that have been in the works since we first laid hands on it. From resource depletion and environmental degradation to climate change and even global warming, the planetary balance has been thrown way out of whack. As concrete gray overpowers the greens, as black oil spills engulf the sea, as acid rains fall unto the city roads and as the toxic smog rolls in, the truth is inevitable.


Our little planet is not okay. We are not okay. The scales of survival are tipping, and are certainly not in our favor.” 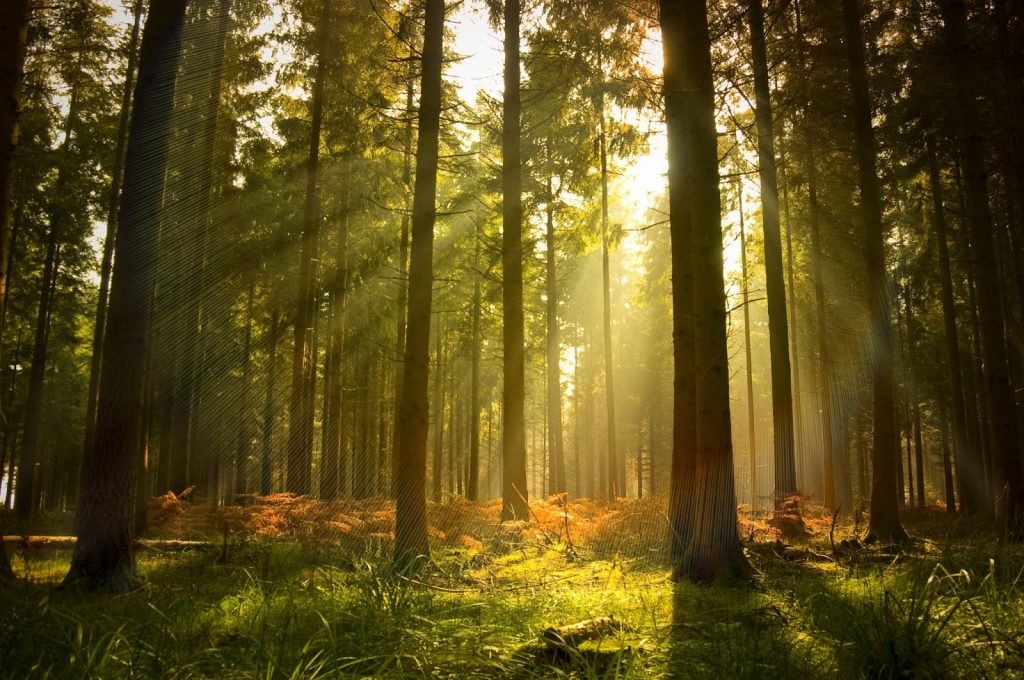