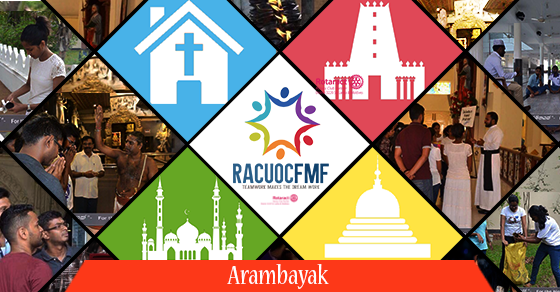 06 Aug Aarambayak – “For a Blessed Beginning” 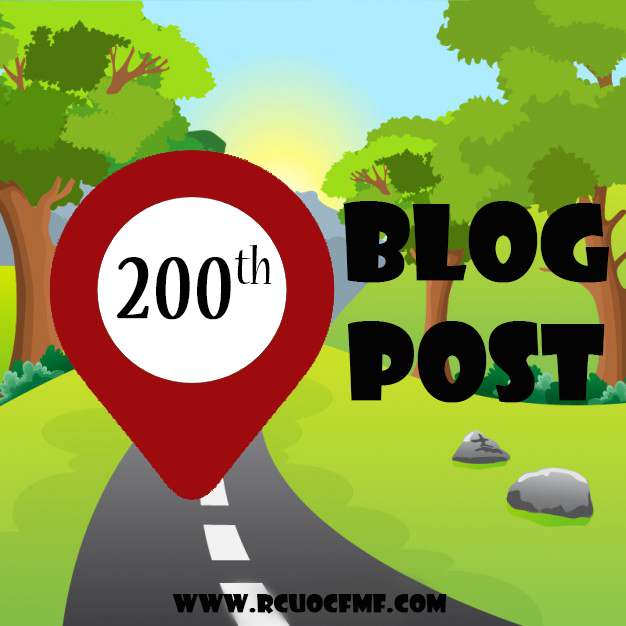 “Aarambhayak” was the kick off project of RACUOCFMF for the term 2017/18. The project was initiated to acquire the blessings for the journey of the club; but in completion, “Aarambhayak” transpired to be a pleasing journey on its own.

On a calm breezy bright break of dawn on the 29th of July, participants were early, fresh and seemed fully charged up for the day ahead. Cheers to their punctuality, “Aarambhayak” got underway at exactly 8.30 am as per schedule at the premises of Kotte Sri Naga Viharaya.
The enthusiasm and the energy of our lively participants was apparent as they fired up in to the task at hand by clustering themselves to ensure not a single fallen leaf shall stay alone on the ground and set out to sweep the grounds clean. Another group of lasses were on the task of cleansing the “Mal Aasanaya”. Meanwhile, the lads had a more challenging chore ahead for them; cleaning the rooftops. After the gardens and the surroundings were all tidied up and tiptop, everyone settled down for a small brunch.
Afterwards, the oil lamps were lit and the prayers began, followed by a sermon from the Thero at the Viharaya who wished us all good luck and poured blessing on the club, on its journey.
Following the blissful temple environment, Aarambhayak continued to share positiveness and joy among the participants along the journey towards our next destination; St. Thomas Church, Kotte. Seated on the long wooden benches, admiring the architecture of this historic venue was more than an experience for all of us.
The team then gathered in front of the altar, where blessings were received. The Father also blessed the team by sprinkling Holy water, and wishing us for a successful year ahead, filled with good deeds, thus concluding the day’s events.
On Sunday, 30th of July, day two commenced at 8.30 am with our visit to the Ginthupitiya Murugan Kovil, Kotahena. We walked in to the Kovil with a tray containing coconut, a stem of yellow bananas, fresh betel leaves, areca nuts and garlands; for the pooja. Devotional songs in the background and children in traditional Hindu clothing attending the Sunday school was a colourful sight indeed.
The priest of the Kovil performed an “Archanai” on behalf of the club, praying Lord Murugan, for a blessed future. Having completed the traditional worshiping ritual, we were also warmly welcomed to attend a session of the weekly Sunday school held for children.
With the taste of the prasadham from the Kovil circling around the tip of our tongue, “Aarambhayak” set out to the final destination, Jawatte Jummah Mosque, the fine-looking mosque at the heart of Torrington Avenue. All of us entered the Masjid and went around the prayer hall. Specifics about the daily compulsory prayers and the process of prayer were described.
Afterwards, a Moulavi, Islamic religious scholar, joined us and gave us an extensive introduction to the faith of Islam, its origins, about the prayers and the fasting rituals and the purpose of mosques as well. It was an interactive session, as the participants inquired their doubts and the Moulavi cleared them with facts.Then, everyone present took a tour of the Mosque, which included the trip within the mosque construction and the burial grounds.
Right before leaving the Mosque premises, while taking a stroll through the burial grounds, we stumbled upon a pearl of wisdom.
“Life is too short not to live in peace”
With that lesson, “Aarambhayak” came to “Awasanayak” leaving RACUOCFMF blessed and all set for a voyage that will stand the test of time. We wish all our fellow Rotaractors, a happy Aarambhayak!