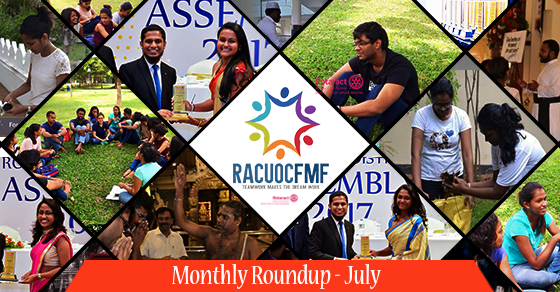 Posted at 05:04h in Round Ups, Uncategorized by rcuocfmfadmin 0 Comments
The month of July signifies new beginnings in the Rotaract movement. The beginning of a new era for our club was marked with the ever so capable Rtr. Akhila Wijethunga being appointed as the President of the club for the term 2017/18, along with a unique and diversified Board of Directors to take his side.
Awards and Recognition

Green Meeting
Staying in-line with the club’s tradition and as a continuous green life initiative, the first Board Meeting of the club was held on the 20th of July, at the Independence Square. The meeting which was held under the shade of trees paved the way to a refreshing start for the year.

At the meeting, the avenue directors explained the year plan for their respective avenues and an extensive discussion was carried out about the direction the club plans to move in within the year to reach a whole new level and standard. Amidst the serious discussions, the participants did not forget to enjoy and fill the occasion with laughter thus, providing a hopeful insight to the upcoming year.

Community Service
Aarambayak – A blessed beginning
The kick off project of the club for the term 2017/18 – “Aarambayak” was held on 29th and 30th of July. The project was initiated to begin the club’s journey with blessings of all four religions signifying the diversified member composition of the club.

The project began at the Kotte Sri Naga Viharaya with an extensive cleanup of the premises. Subsequently the members received the blessings of the Buddhist priests. Afterwards, the members moved onto St. Thomas Church, Kotte, to get the blessings of the Catholic church, where the priest prayed for the blessings to be showered upon the club and appreciated the efforts of the club and the Rotaract movement.
On day 2, a pooja was arranged at the Ginthupitiya Murugan Kovil, Kotahena to get the blessings of the Hindu gods. Our members took time to visit the Sunday school held in the Kovil for Hindu kids and spent some quality time there with them. The project came to an end at the Jawatte Jummah Mosque, where the members met a Moulavi, a Muslim religious scholar, and had a discussion with him. The discussion was highly informative as the participants got to know about Islam.
Blog
In its ever-green path of success, the club’s Blog was able to bag the highest achievement, winning the Platinum award for the Best Blog for the year 2016/17 at the 27th Rotaract District Assembly. We would like to congratulate the unrivaled forces behind this success, the Editors for the term 2016/17, Rtr. Isuri Alahakoon and Rtr. Dilini Perera.

Continuing its long-established avant-garde fashion, by the end of July, the blog had published nearly 200 articles in total and had reached a phenomenal view count surpassing 100,000 blog views.

We would like to thank all our club members for their unparalleled contribution towards lifting the blog to the highest position within the Rotaract District 3220. We hope to give a revolutionary experience to all our Blog readers in the future. 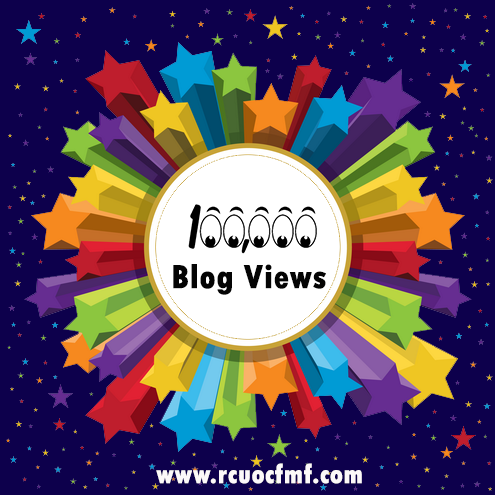