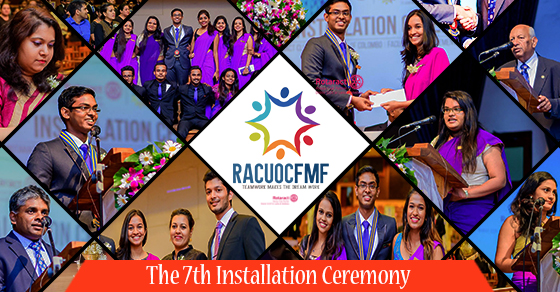 
We, as the members of RAC UOC FMF, would like to wish our President Rtr. Akhila Wijethunga for a successful year together with his Board and we promise to embark on our duties to reap the best for the betterment of one self and the others.