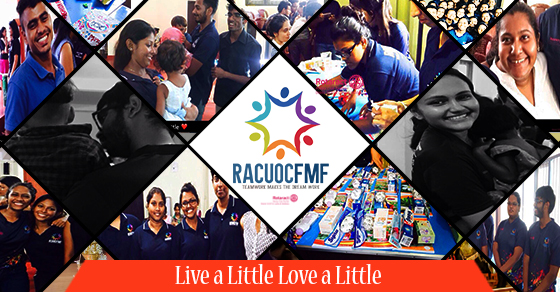 Posted at 13:17h in Avenues, Community Service, Gender Equality, SDGs, Uncategorized by rcuocfmfadmin 0 Comments
“Live a Little – Love a Little” was a community service initiative organized by our club in order to celebrate the Children’s Day with the ones who need nothing but love. The project was held on the 30th of September at the Haven and Sunshine Home, which is administered by the Salvation Army. The home gives shelter to many children, teenagers and women who were sexually abused, pregnant or awaiting trials at courts.
The project commenced on the 24th of August and continued for a period of 4 weeks with the focus of collecting sanitary items, baby items and stationary items which were distributed among the less privileged at the Haven and Sunshine home.
The project would not have been a success without the support of our club members as well as those who contributed in every means and on a special note we would like to extend our sincere gratitude to the “Share Care Smile” committee of our club for the immense support rendered throughout the period of collection.
All the sorted and labeled items were donated to the Haven and Sunshine home on the 30th of September, following an intriguing interactive session for the children and women. The session commenced at 2.30 pm with a brief introduction of our club to the participants by Major Swarna and the rest of the session was carried out by Rtr. Thilini Costa, displaying her verbal and people skills where she managed to get everyone to interact with each other.
Many interesting games were carried out with the participants during the ice breaker sessions which brought a smile on their faces and ultimately turned out to be very effective exceeding our expectations. Firstly, the participants were divided into two groups together with our Rotractors. The game was called ‘Lion, Lady and Hunter’, where the participants were asked to act out a character according to the story related prior to the game. The team which displayed the most powerful character out of the three characters, was considered as the winners. It was truly a fun filled game where almost everyone enjoyed and participated.
The session continued to become more engaging and fun with the introduction of game ‘Hat Passing’. The game was such that the participants were required to pass a hat while the music was playing. When the music stopped, the person who holds the hat was asked to take a chit out from the box and perform what was mentioned on it.  It was a game which revealed the hidden talents of the participants in front of everyone in terms of singing, dancing and specially acting.
The nature of the session changed for a few minutes as the participants were given a chance to rethink and change their future after the valuable speech delivered by our beloved lecturer Dr. Arosha Adikaram. Her speech made participants silent for few minutes.
The session transformed back to more engaging and fun with the introduction of game “Balloon Dance”, where everyone was delighted and contented. Refreshments were served after the balloon dance.
After serving refreshments, the program continued to be more energizing with the introduction of game ‘Musical Chairs’. Then, the participants were given the chance to sing songs of their choice and they were backed by our Rotractors playing the guitar and the bongo which made it more entertaining. The program was brought to an end with a dancing session where all the participants were given a chance to dance for few minutes.
Finally, the interactive session was concluded with the speeches delivered by DRR. Rtr. PP Anuradha Senanayake and our President Rtr. Akhila Wijethunga representing the Rotract District and our club respectively. The program was concluded after the distribution of donations to children and women by our Rotractors and Major Swarna thanked us on behalf of everyone while being so grateful for the donations as well as for making the day memorable.
With the successful conclusion of project “Live a Little – Love a Little”, we would like to appreciate and extend our sincere gratitude to all those who invested their time and effort in bringing happiness to these beautiful children and women. 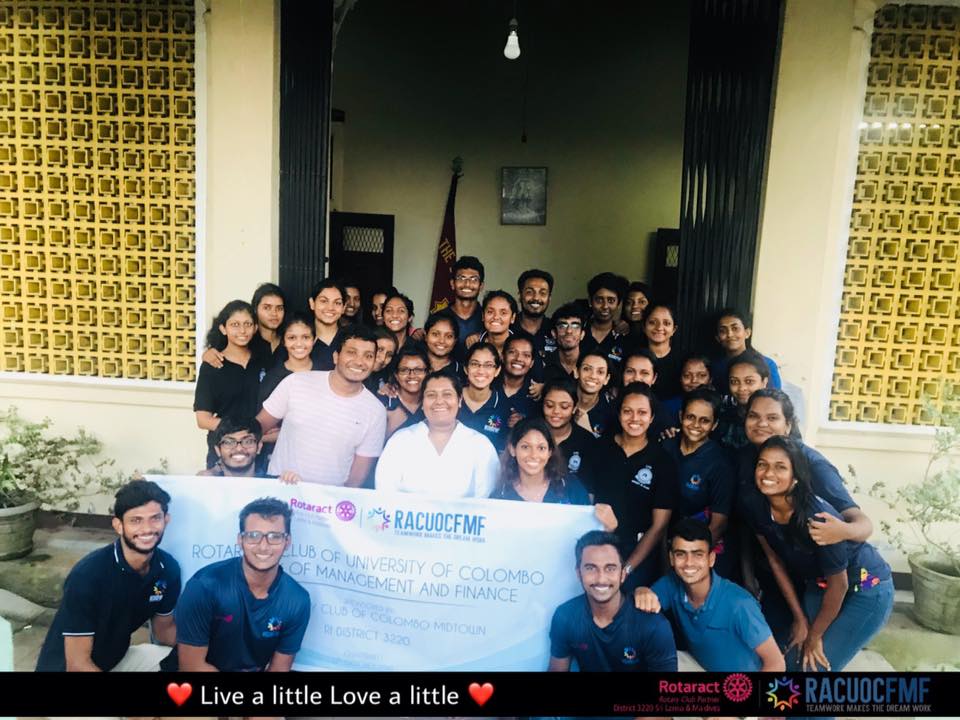