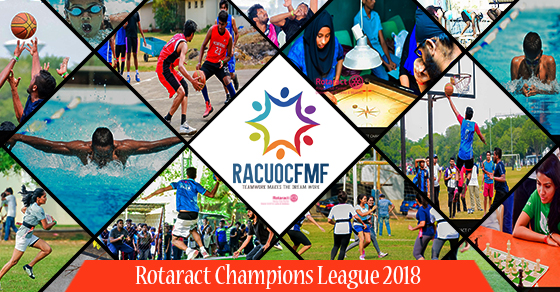 Posted at 14:58h in District Events, Others, Uncategorized by rcuocfmfadmin 0 Comments
The most awaited sports encounter of the Rotaract movement, organized by the Rotaract District 3220 Sri Lanka and Maldives, took place successfully yet another year, bigger and better. The event consisted of four days where the first two days, 21st & 22nd of January, consisted of indoor sports while outdoor sports were scheduled on the last two days, 27th & 28th of January. 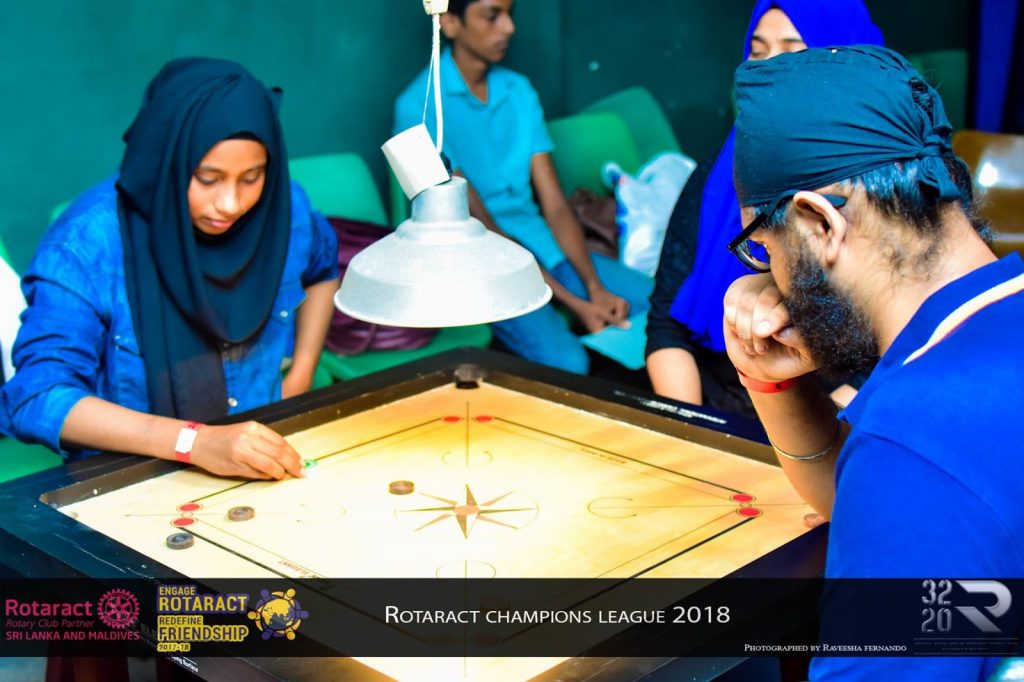 The registration of day one of this most awaited sports league began at 8.30 am at Royal Sports Complex and all the participants of relevant sports events were registered. This was followed by the opening ceremony where Flag salutation, Rotaract invocation, Four-way test and singing of the Rotaract Anthem took place. The welcome address was followed by a briefing of the program of RCL giving credit to all Rotaract clubs hosting relevant sport events. All sportsmen with the best wishes from our beloved DRR Rtr. PP Anuradha Senanayaka, fell into position with much enthusiasm to emerge victorious. 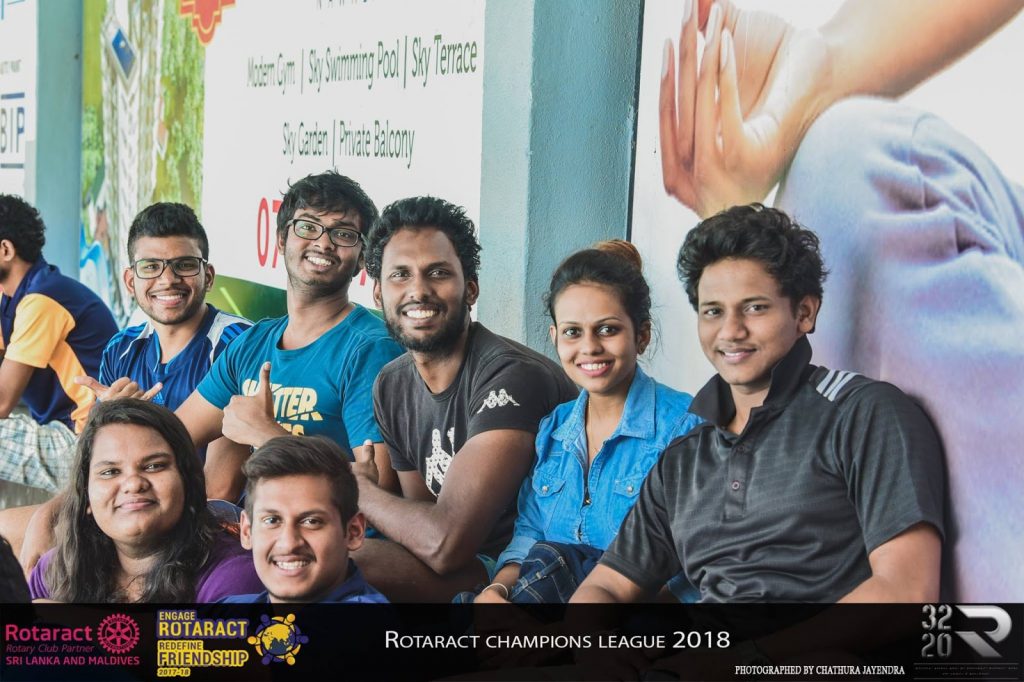 The sports that took place on the first day were Badminton, Carrom, Chess, Futsal and Table Tennis where the RAC of KDU emerged the championship in both men’s and women’s categories of Badminton and Chess, RAC of Colombo Regency won men’s Futsal and RAC of UOCFMF won the women’s division while RAC of University Alumni won the first place in Men’s and Women’s Chess and RAC of University Almuni Mora won the Table Tennis Championship. The fierce competition among the clubs was high by the end of day one. 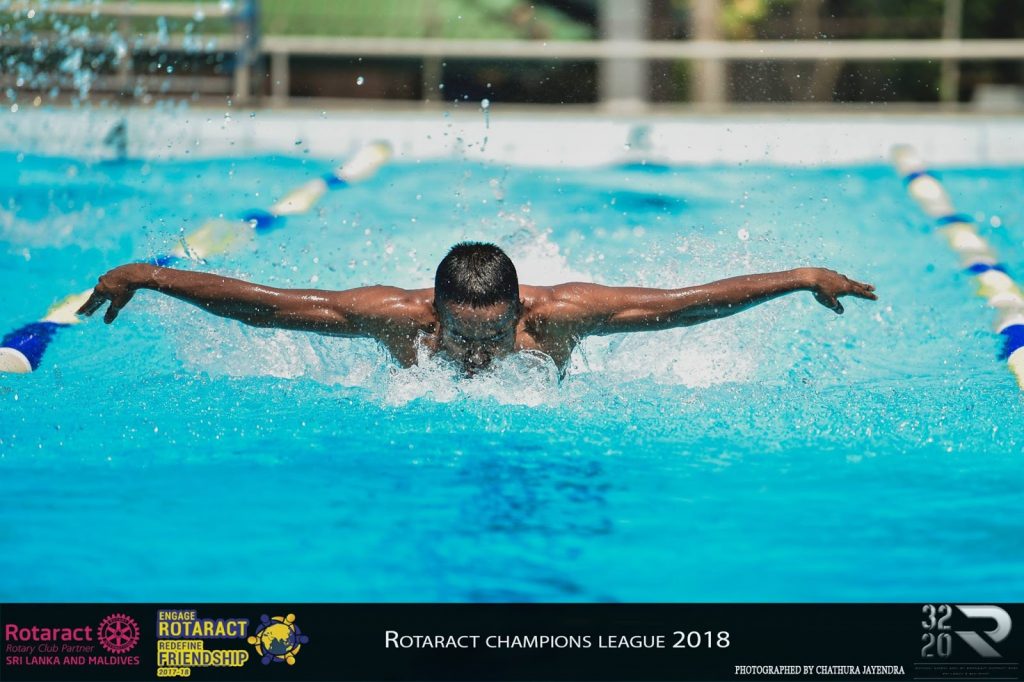 Day 2 of RCL started off with much enthusiasm despite the tiredness of the first day. It was indeed a new experience for all the Rotaractors since Handball was included on the agenda for the first time where the Rotaract clubs of Excellence and KDU managed to secure the men’s and women’s championships respectively. The other event of the agenda of day 2 was swimming which gave the opportunity for so many talented Rotaractors to showcase their talents. However, we Rotaractors always believe in having fun while committing ourselves and that’s why we did not forget to have a little jamming session in between. But of course hard work paid off for some clubs when the overall results were announced at the end of the swimming meet. 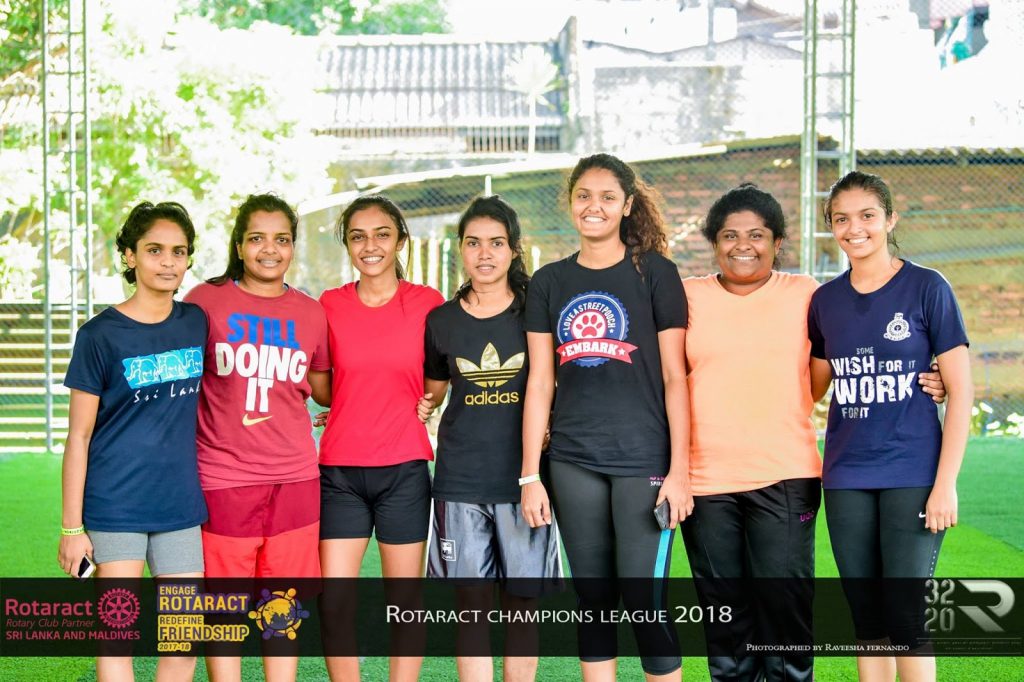 The third day of RCL kicked off on the 27th of January at University of Colombo grounds. The sports events lined up for the day were Cricket, Tennis, Tag Rugby and Basketball. This year our club had the responsibility of hosting Tennis and Tag Rugby. Soon after registrations, Cricket matches were started in the form of a knockout competition. RAC of KDU emerged winners of men’s cricket and our club became the Runners up. 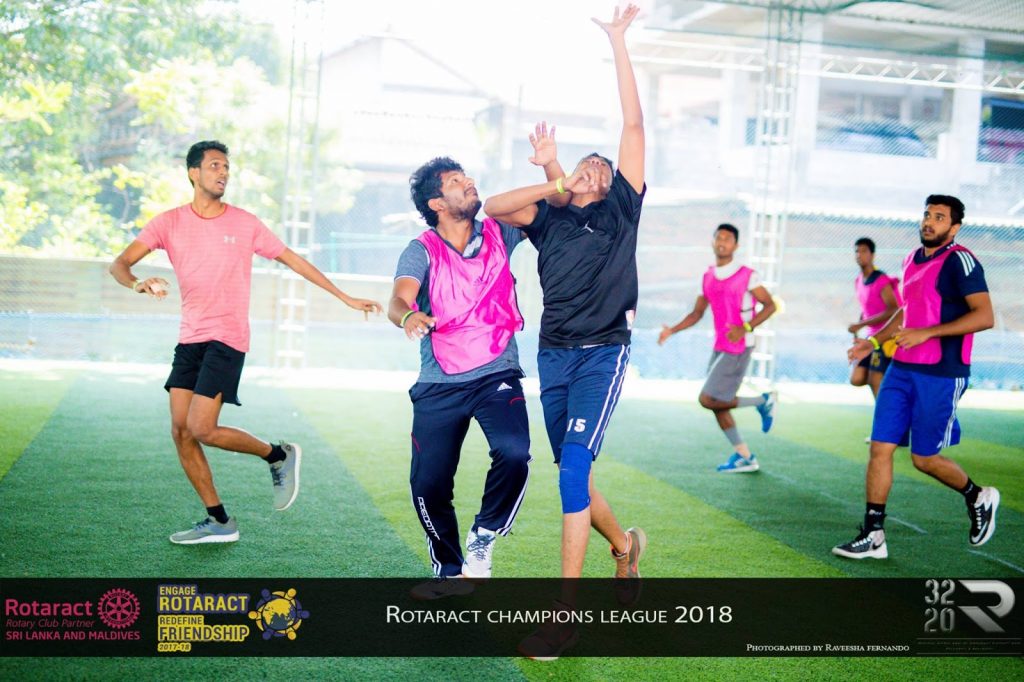 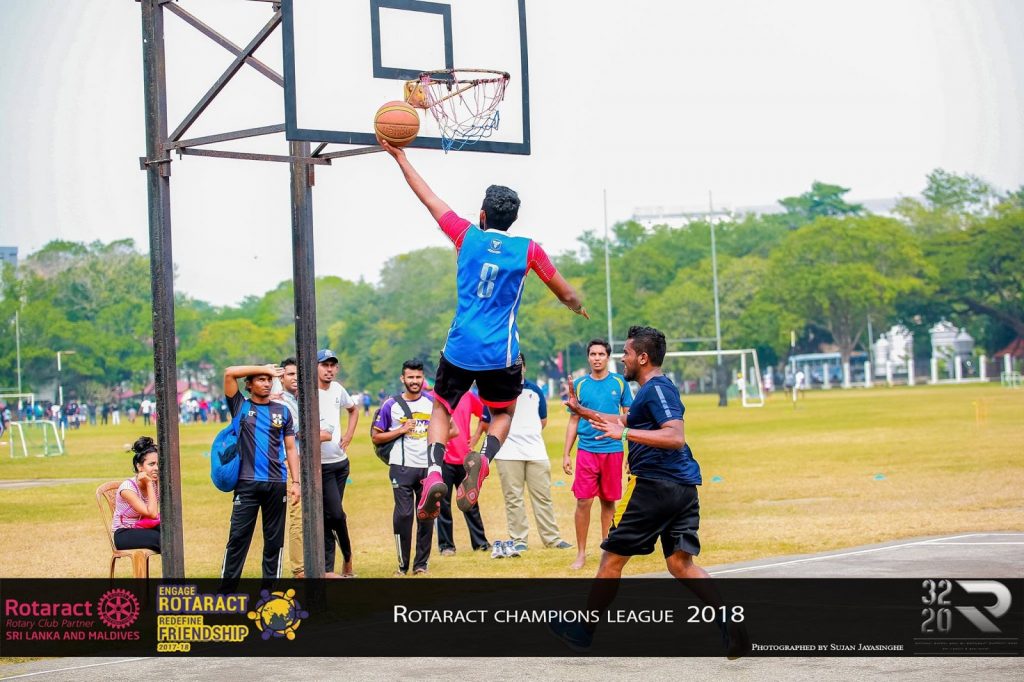 The 4th and the final day of Rotaract Champions League was held on the 28th of January, at the grounds of University of Colombo, marking the end of an epic series of sporty performances of Rotaractors.
The day compromised with track and field events, which included, 100m and 200m sprinting, 400m and 1500m long distance running, 4*100m relay, shotput and tug of war. As usual, the day started with the registration of athletes, where everyone was enthusiastically awaiting the events to start, as all were aware of the competition to be encountered.  The beginning was marked by 3 heats held for both men’s and women’s 100m sprinting respectively where the finalists were selected with much effort. 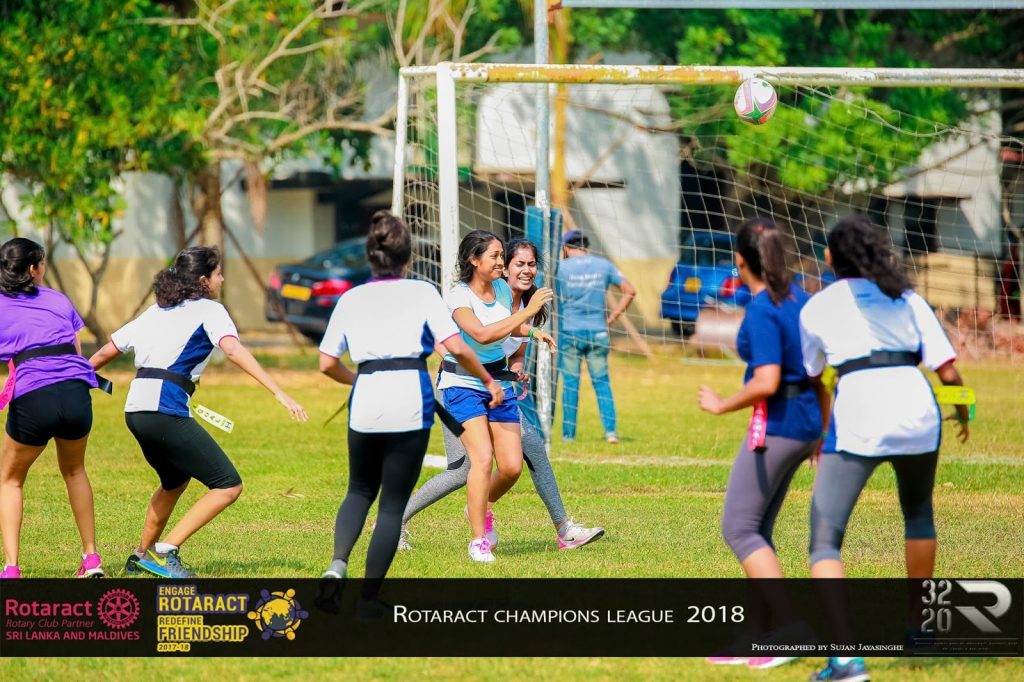 It’s a pleasure to mention that our members were able to ensure the championship, silver medals, bronze medals and to place 4th in 4*100m women’s relay and 400m women’s long distance, 1500m women’s event, 200m women’s sprinting, 200m men’s sprinting and shotput and 100 women’s event, respectively.
It was graciously interesting to observe the participation of all in supporting and encouraging the athletes to compete by upholding the fellowship at all times. 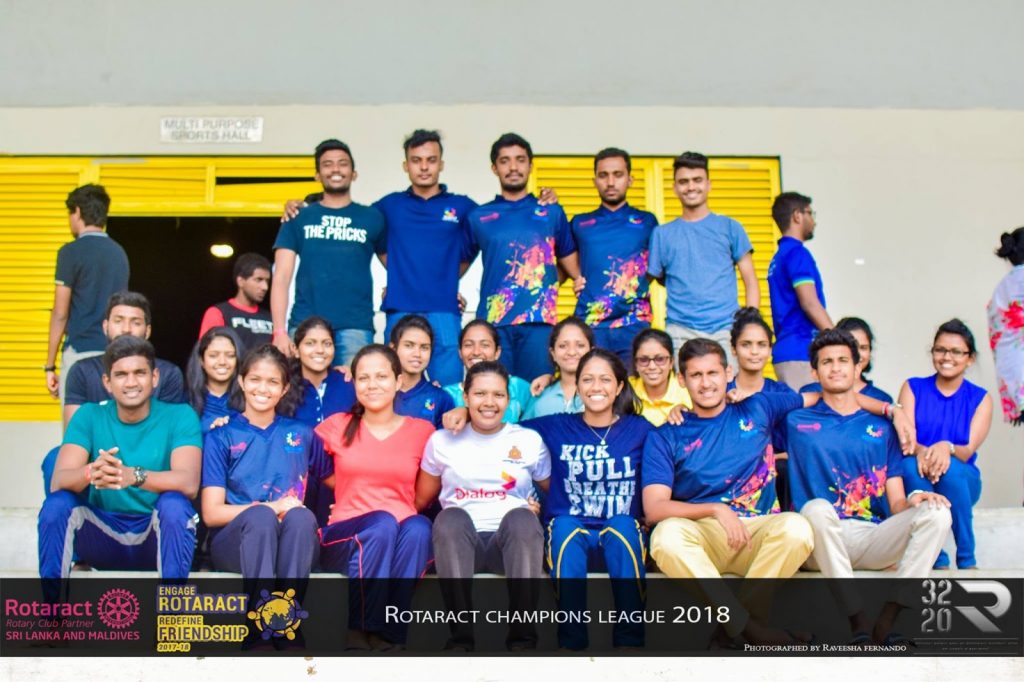 Rotaract Champions League 2018 reached its final minutes by holding the awards ceremony, which all the clubs participated, regardless of fatigue, but with avowed expectations for winning. By repeating the previous year’s results, Rotaract Club of General Sir John Kothalawala Defence Academy won the Championship, Rotaract Club of University of Colombo, Faculty of Management and Finance won the shield for the first Runners-up, and this year’s second Runners-up shield was awarded to the Rotaract Club of Excellence College of Management.
Thus, by refreshing old friendships and building up new acquaintances, Rotaract Champions League 2018 was concluded proving it to be another successful event in the Rotaract calendar.
Written By:
Rtr. Ruchika Senaratne – Member Development Director
Rtr. Pulara De Silva – International Services Director
Rtr. Achini Dayarathna – Club Member
Clicks By:
Official Media Arm of Rotaract District 3220