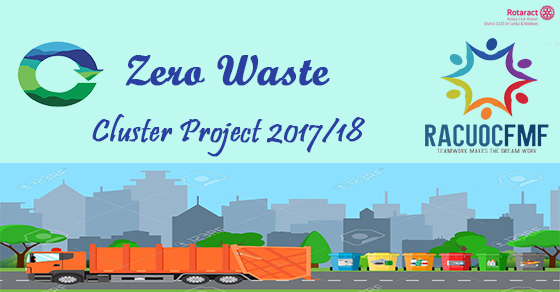 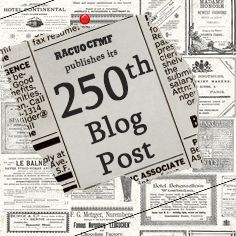 Waste management is a serious issue in Sri Lanka. Especially since dumping them all in landfills backfired last year and went down in the history as one of the biggest man-made disasters the country has ever faced, not to mention how much contribution it has made for pollution over the past decades.
We believed it was high time to address this issue. Hence, providing people with necessary information  to recycle their waste became the main objective of our cluster project for the term 2017/18.
As it’s the norm with cluster projects, there were 8 clubs in each cluster and we were in Cluster 2 along with RAC of ACBT, RAC of CFPS, RAC of Chullipurum, RAC of Colombo, RAC of Colombo North, RAC of Jaffna Peninsula and RAC of University of Moratuwa. All 8 clubs agreed together and decided to do a project on waste management as it focused on Sustainable Development Goals such as Good Health and Well-being, Life on Land, Sustainable Cities and Communities.
So, the objectives were set. The only question left to be answered was “What’s the best way to achieve those objectives?” Where to start?
The answer was pretty simple. Let’s teach waste management in the place where everything is taught; that is in schools. Students are the future of our country; the next generation. Introducing them to the culture of Recycling, Reusing, Reducing and Replacing would possibly be the right foundation our country needs to see a shift in its culture in terms of garbage disposal and wastage management. Hence, Narahenpitiya/Sri Prakramabhu Maha Vidhyalaya and Jaffna/ Tholpuram Vikneswara College were chosen for the project which was to be conducted in two phases.
Phase 1 – Workshop
A workshop was conducted in each selected schools to educate the students on the importance of waste management and how to properly use the recycle bins to maximum benefit. With the participation of students in hundreds, a drama with a message emphasizing the importance of waste management and some interactive fun games to train the students on how to put different types of waste into respective bins (also, to ensure that the kids did not fall asleep), the workshop turned out to be a huge value addition to all the participants, in both the cities.
Phase 2 – Providing Bins and Posters
The main task of this phase was providing bins and awareness posters to be placed around the schools. The school in Colombo was provided with three sets of bins and the school in Jaffna was provided with one set of bins with a set consisting of three bins, one each for polythene, paper and food waste along with the awareness posters which described the implications of not recycling, the advantages of recycling and how it benefits the whole population in an interesting comic-bookish student-friendly manner. 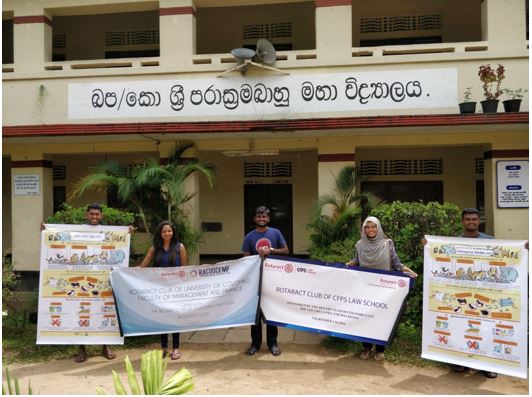 On 31st of January 2018, the project came to a conclusion taking a leap towards a cleaner future. Thus, ending the origin story of Zero Waste: our cluster project for the term 2017/18.
“Eight clubs – Two schools – One mission – Zero Waste”
Written By: