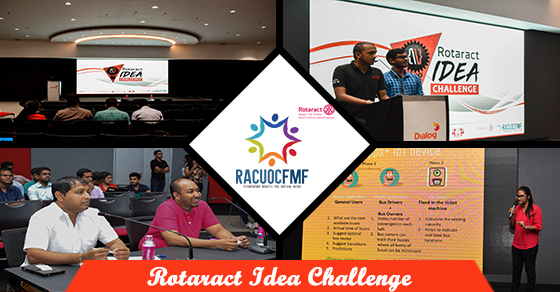 Posted at 06:15h in District Events, Others, Uncategorized by rcuocfmfadmin 0 Comments
The first ever Rotaract Idea Challenge was held on the 24th of March 2018, at the Dialog IdeaMart Auditorium. This competition was organized by the Rotaract District 3220 partnered with Dialog IdeaMart and was hosted by the Rotaract Club of University of Colombo Faculty of Management and Finance and Rotaract Club of Sri Lanka Institute of Information Technology.
The main intention of this Hackathon was to identify a problem that needs to be addressed as a responsible citizen of the country and digitize its solution which could be utilized and implemented through Rotaract. 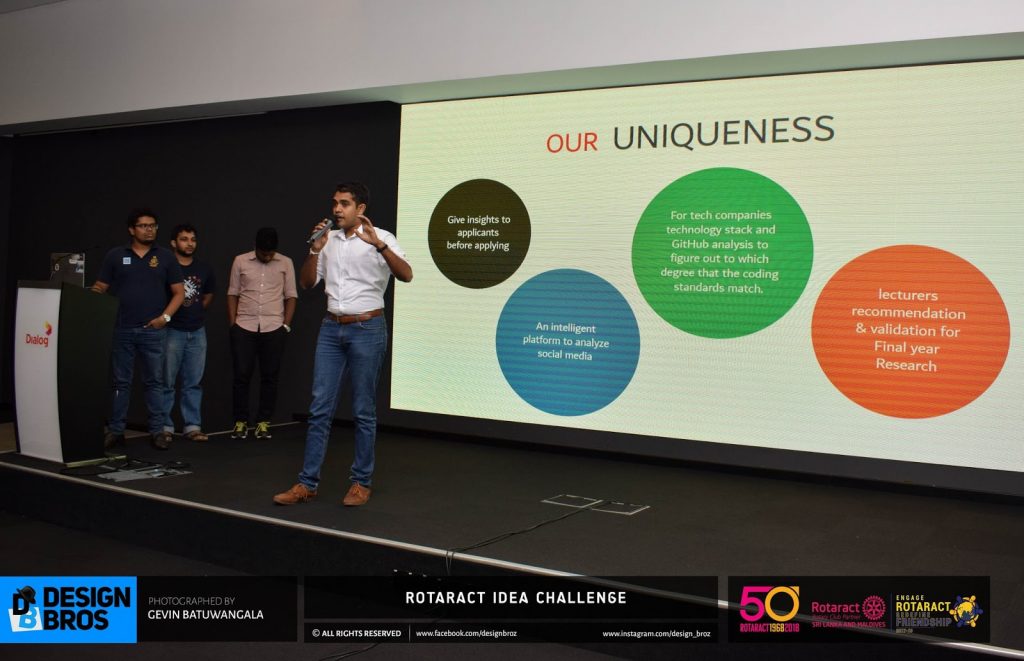 The panel of judges consisted of two eminent personalities in Rotaract and in the field of Technology; District Rotaract Committee Chairperson Rtn. Bobby Shrinivas and Mr. Shafraz Rahim, the Senior Business Lead of Ideamart, Dialog Axiata PLC.
Before starting off with the day’s proceedings the teams were registered at around 9.30 am. Nine teams were registered with a total of 40 contestants with each team having a minimum of 2 Rotaractors. Refreshments were served right after registrations to make sure that all were in their best form to present their brilliant ideas.
The event kick started at around 10.30 am with Mr. Shafraz Rahim addressing the gathering. He surely gave some good motivation to the teams and wished them good luck. Next was the most pivotal and exciting part of the competition, the presentation of the ideas and question and answer session. Each team was given 7 minutes to present their ideas and 5 more minutes were given for the audience and judges to ask questions. 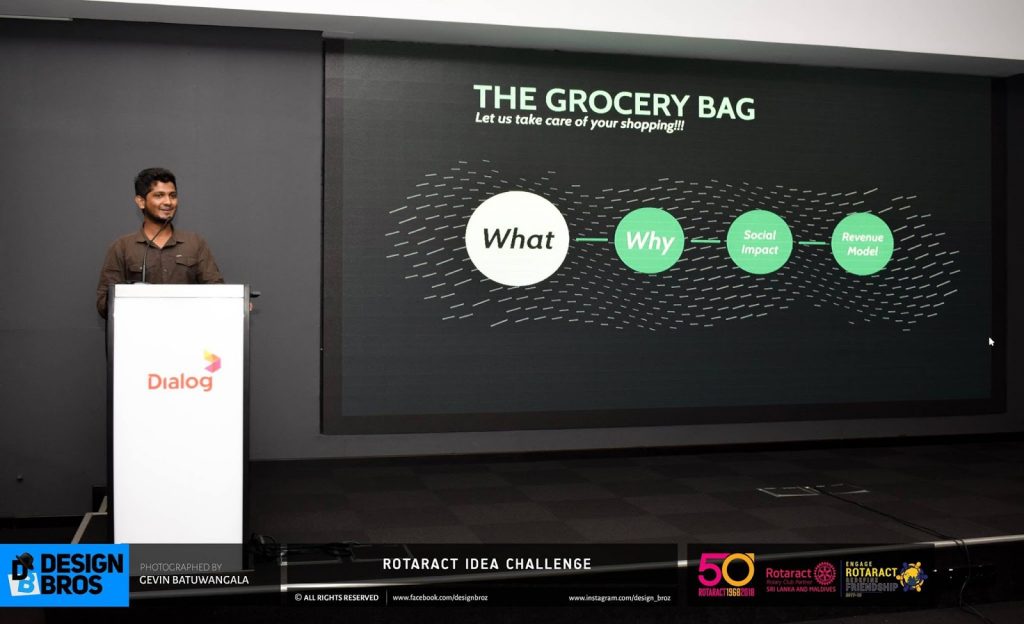 “NEXT BUS”, a system that can help find upcoming buses, their current location, seating availabilities, arrival times and “ConnectEM”, an intelligent platform for recruitment companies to analyze social media profiles and final year project contributions of the interviewees were two of the most creative ideas that grabbed my attention.
After an intensive 2 hours of presenting and arguing, a 10 minutes break was given for the contestants to refresh themselves while the judges picked the winners. District Rotaract Representative Rtr. PP Anuradha Senanayake added glamour to the event by congratulating everyone despite the judge’s decision through her speech after which she distributed certificates for all the participants.
Team Loggers who presented the “ConnectEM” idea emerged champions and walked away with a cash prize of Rs. 50,000 while Team Innovators and Team Codex secured the places for 1st and 2nd runners up respectively. After presenting tokens of appreciation to those who helped in numerous ways to make this event a success, the event came to an end with Rtr. Hiranya Jayalath delivering the vote of thanks. 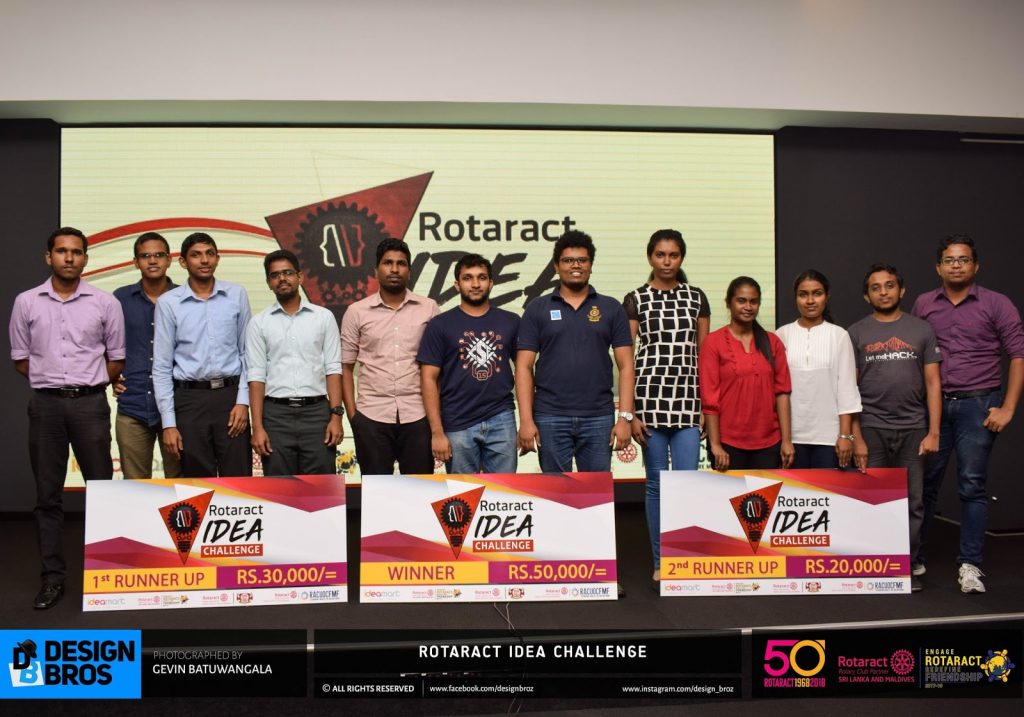 Rotaract Idea Challenge was without a doubt a huge success thanks to the tireless efforts and commitment of the two chairpersons Rtr. Shanali Kaluthanthri and Rtr. Hiranya Jayalath. Lastly, I hope that these great ideas will be developed and put into practice to give solutions to existing problems in our society. 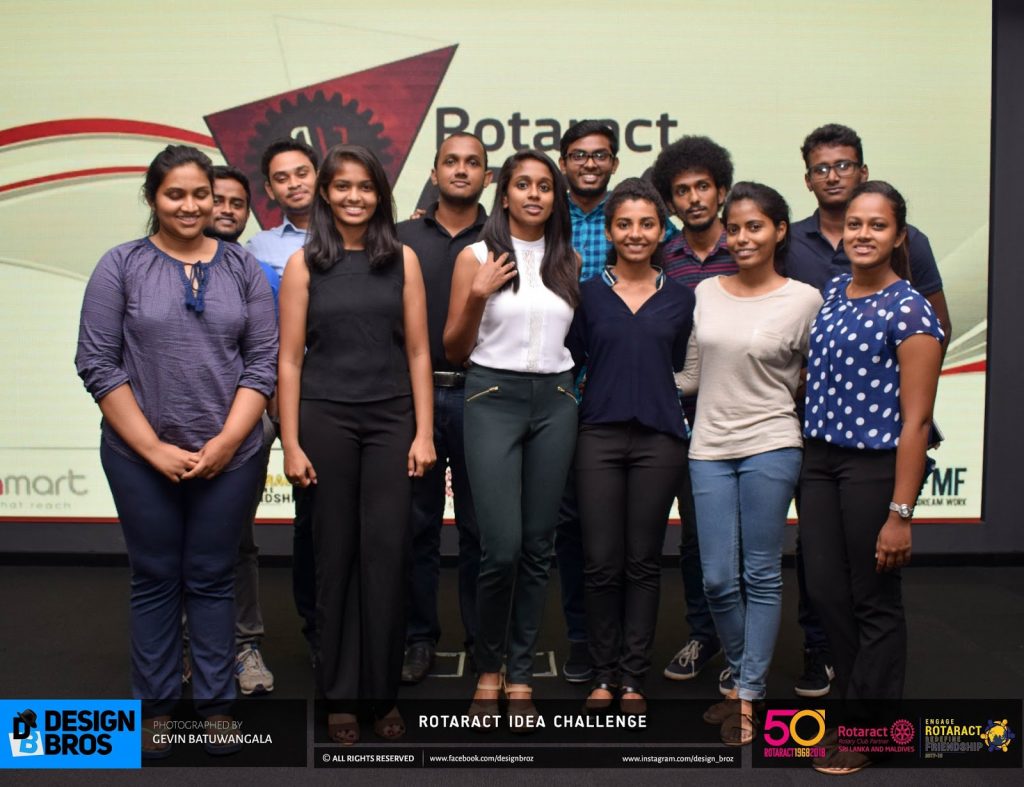