Posted at 03:30h in Round Ups, Uncategorized by rcuocfmfadmin 0 Comments
Here’s a look at how the month of April was for our club!
Awards and Recognition
Secretary of our club, Rtr. Manahari Singarachchi was selected as the Secretary of the Quarter, by the Rotaract District 3220. This is a very deserving award for our Secretary for her unprecedented hard work and commitment towards the club. 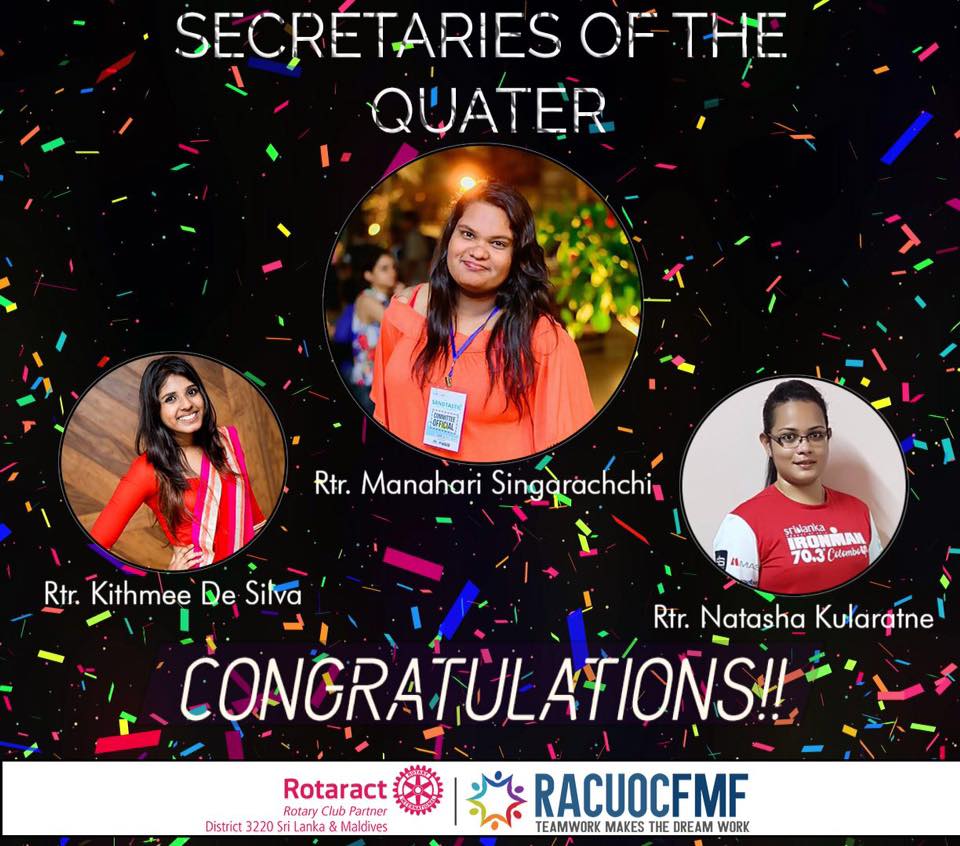 Finance
The Annual Car Wash organized by the Rotaract Club of University of Colombo Faculty of Management and Finance was held on the 7th of April, at the BRC grounds. The Car Wash which is organized by our club each and every year, is one of the most anticipated events in the Rotaract calendar. This year’s car wash was organized in aid of the Community Service Project “Model Village”; which is expected to target pregnant women and young children and would be carried out in the Kandy District in order to create awareness on Maternity and Child Care. The project was chaired by Rtr. Ramith Kalana and Rtr. Shehani Leo.
Blog
Our blog had a view count close to 195,000 views at the end of April and as of now we have surpassed 200,000 views.  We would like to extend our deepest gratitude to all our readers for their support and enthusiasm and especially to our amazing club members without whom the blog would not have been where it stands today.
External Club Events
Vesak Celebrations of RID 3220
Vesak Celebrations of RID 3220, hosted by the RAC of Colomb Mid City and RAC of CIRP was held on the 29th of April. It was a great platform for the Rotaractors with various religious beliefs and faiths to come together and build friendships. Rotaractors were able to engage in various activities such as lighting oil lamps, serving drinks at the ‘Dansala’, setting an example to the rest of the community.
Midtown Family Meeting
Second Midtown Family meeting, was held on the 4th of April at ACBT premises with the participation of members of Rotary Club of Colombo Midtown and Rotaract Clubs of Achievers Lanka Business School, ACBT, Midtown and our Club.
Followed by the announcements and updates about the past quarter and the upcoming events from each of the clubs, there was a Drug and Alcohol Awareness Workshop conducted by Dr. Sajeeva Ranaweera. This was indeed an eye opener for everyone present, since Dr. Sajeeva explained the repercussions of alcohol and tobacco consumption in a very interactive and interesting way. 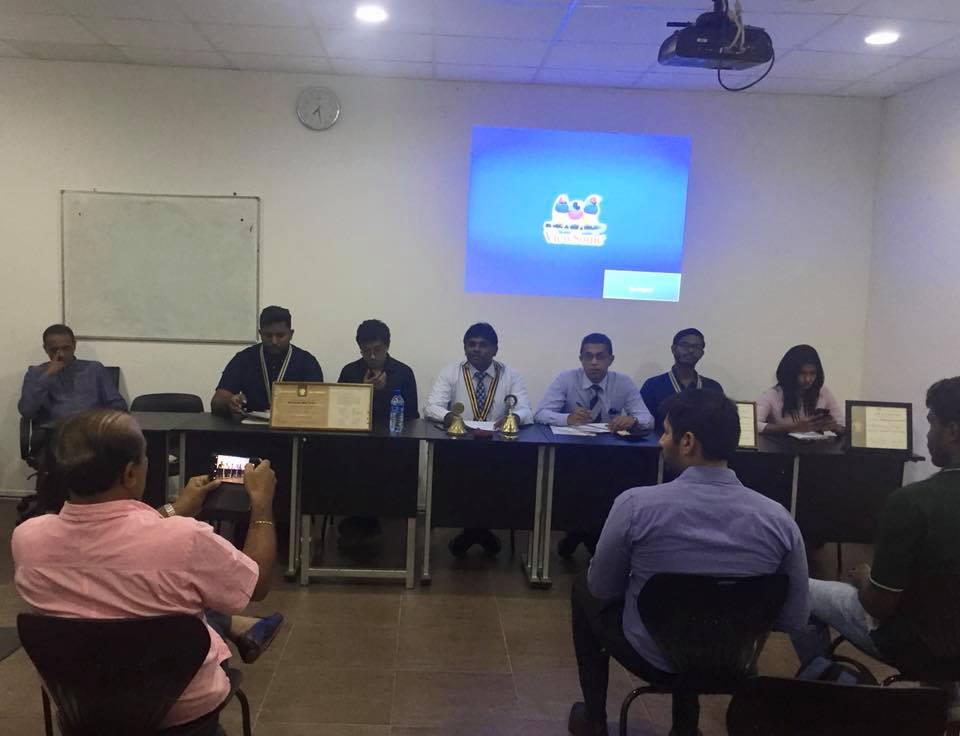 The meeting concluded with a joke narrated by Rtr. Masato, which got everyone laughing their hearts out. After a short celebration for President Rtn. Selvarajah Maherakanth’s birthday, everyone enjoyed the refreshments and fellowship.