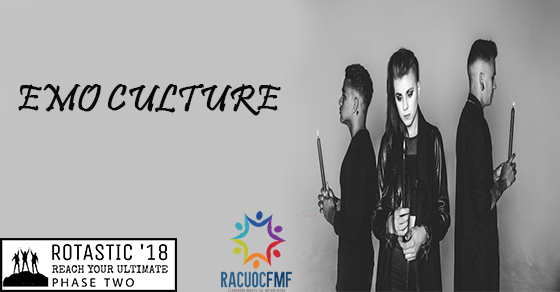 Posted at 03:23h in Featured, Uncategorized by rcuocfmfadmin 1 Comment
Known or unknown to you, everywhere in the world, there exists a group of people called emos. Dressed in black and listening to heavy music, they may seem distant and mysterious. Actually, they are interesting characters.
Emo is a subculture especially famous among the youth. Youngsters who belong to this subculture have their unique fashion style and music preference. Their life mainly revolves around music, which they see as a ‘savior’ from the battles they fight in their daily life. The music they listen to are often melodic metal core and glam metal performed by bands such as My Chemical Romance, Black Veil Brides, Bring Me the Horizon, and etc. 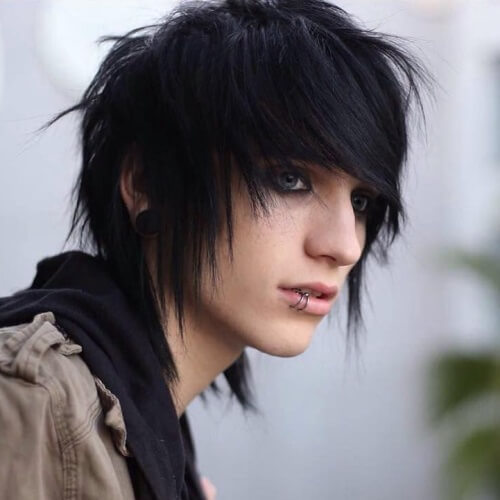 Their music has heavy beats, guitar and drum riffs, and growl vocals. The lyrics of these songs are often about struggles of life such as fear of being rejected, motivation to rise to goals, standing up against bullying and various problems related to love, anger and frustration. The physical mark of being emo is their unique fashion. Dressed all in black, emos show a preference to body tattoos and piercings. Their hair is the most remarkable factor about them. The style, common to all genders, has thick bangs across the forehead and is of various bright colors and ‘coontails.’

and depression. If so, why would one want to be emo? The truth is that youth who are depressed and suicidal turn to emo culture for solace. It is often seen that teenagers who suffer from domestic violence, bullying at school for being different and ones without friends listen to music that reflect their emotions. Such people often show a preference to the color black, night, and darkness in general. Thus, they eventually turn emo and find others with similar interests. Being emo gives them identity and a sense of belonging which would comfort them in times of need.
Emo culture accepts the black sheep and the dark horses. All rejected from mainstream society are accepted and embraced for their difference. After all, who wants to be normal? To be different is to be beautiful.
Written By:
Int. Anne Silva
Interact Club of Kandy Girls’ High School