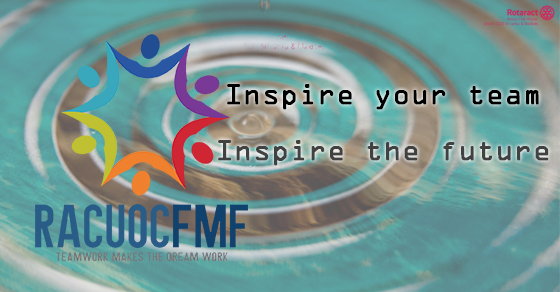 21 May Inspire your team | Inspire the future

Posted at 12:24h in Featured, Uncategorized by rcuocfmfadmin 0 Comments
Year 2018/19 is going to be all about inspiration for both the Rotary and Rotaract movement. As we have talked about in our previous article inspiration has a ripple effect. As a leader it is your duty to inspire your team. Why? Because one, inspiration has a ripple effect, you inspire your team, they inspire thousands more. Two, amongst that team, is your successor, so by inspiring the team you inspire the future. So here are some keys to inspiring your team.
1) Care about what you say
Always mean what you say and care about what you say, for if you don’t really care about what you say, others aren’t going to care about it. If you don’t find meaning in what you say, others probably aren’t going to find meaning in what you say either.
Just think about the body language of the people who had proven to be great leaders for thousands of people. Listen to the speech which made Barack Obama the President of the United State. Listen to the “I have a dream” speech of Martin Luther King Jr. which was a pivotal point of the civil rights movement of the United States. See the level of authenticity in their speeches. They say, that “I have a dream” was never a part of Martin Luther King Jr.’s initial script prepared with the support of many of his advisors, but yet those four words were what inspired millions to take action. Why? Because those words were said with such authenticity, that people started caring, people started finding meaning. 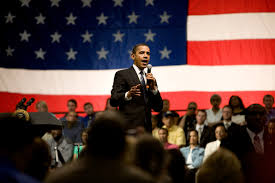 So as leaders, try to add authenticity to your words. Remember, you can only inspire people, if you yourself is inspired about the cause.
2) Make your message relatable
Often people don’t care and act if they can’t relate to the cause. So, make your cause relatable to your team, so that they are inspired to act. To do so however, you first need to understand each and everyone in your team. Know the challenges they face, know the strengths they possess and know their needs.
This was a strong tool used by Barack Obama in his speech which made him the president of the United States. In his speech he addresses the needs of each and every community in the United States, thus, inspiring these communities, for he was able to convince these communities through his speech, that his agenda would cater to their needs, thus making the cause more relatable to these people.
Create a culture of mutual respect and have open lines of communication. This would inspire and empower your team, for now they would feel that they have a say, and when one of their plans are being implemented it is highly likely that they would take more responsibility and they would give more. Remember, inspiration is contiguous, so make sure everyone in your team including you would mingle with others. 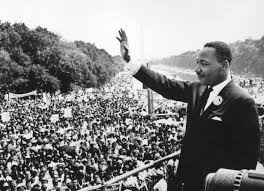 3) Support your team
You can motivate and inspire your team by speaking to them. But remember, actions speak louder than words. Once you have inspired your team to take action, make sure you provide them with the maximum physical and mental support they need and provide them with the resources they need to act.
When the former dean of the Faculty of Engineering, University of Peradeniya was made the CEO of an organization which was suffering continual losses of millions all he said to his staff was,
“You guys know what you are doing more than I do, so I’m giving you all the resources and taking all the responsibility for you. I want you to come up with a strategy to turn this around”
Rightly so, the organization was earning a profit of five times of its losses within the next year. So why did this happen? after all, it’s the same people doing the same job at the same place. The answer is simple, their leader believed in them, they had all the support they needed. They, were inspired.
Written By :-