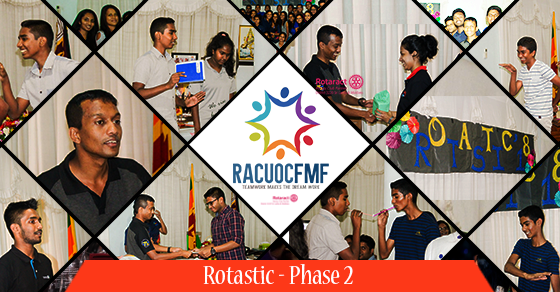 Posted at 04:21h in Uncategorized by rcuocfmfadmin 0 Comments
The second and the final phase of Rotastic concluded on Sunday, the 20th of May 2018 in Kandy at the Central Province Ministry of Industries, Getambe. This was conducted with the partnership of Rotaract Club of Katugastota Region and Interact club of Mahamaya Girl’s college Kandy.
After the welcome, the young and vibrant Interactors of Mahamaya Girls’ college, Girls’ High School, Kingwood College, Dharmaraja College and Springfield International School took their time to mix and mingle with each other, which made it more interesting to watch. The ice breaker was charades that brought out some hidden talents of acting. We squeezed the participants into 3 teams and let them name themselves creatively as the ‘Alpha Rockers’, ‘Mey Iridha Mona Wedada,’ and ‘Awulak Neha.’
This was proceeded by the rest of the program, where our guest speaker for the day Rtn. PHF Ravinda Tammita conducted a session and shared his experiences. Our objective being to enlighten the young blood of Kandy on the perks of continuing their journey to Rotaract, he was able to left us determined to add similar experiences in to our own lives. It was beneficial for all of us that listened to grab how much we can do together as a team, as Rotaractors. 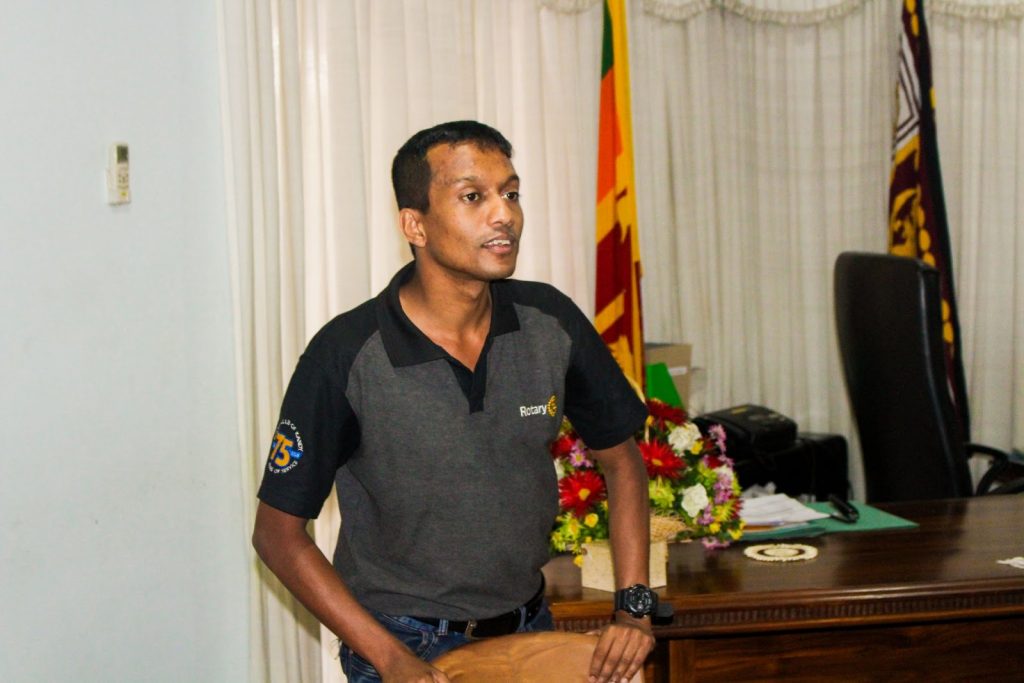 Prior to the final day of Rotastic, we conducted an Article competition, for which we received 10 articles from enthusiastic young writers. The award for the best article was granted to Charith Kularathna from Dharmaraja college Kandy. Read the article
To bring about the team working ability, the next session was “passing Cotton”, where Interactors were coordinating to pass the cotton wool balls from one end to the other making the team with highest number of balls in the end to win.
The main event comprised of the quiz, in which the three teams competed by grabbing their instant knowledge on current scenarios, general knowledge and some IQ.
Next session of the day followed after helping ourselves for the lunch. Our partnering Rotaract Club of Katugastota Region gave each team an interesting topic on which a girl and a boy from each team had to present. They came up with small acts and speeches to explain their topic by mixing their own experiences for which the crowd went applauding for they were both creative and fascinating.
The day was made even more memorable by the creative team cheers they invented. The cheers took the shape of small acts, some with a mingle of rugby hakas on them and little dancing steps to make them look filled up with fun.
The ending was marked by the award ceremony in which, “Mey Iridha Mona Wedada” were deemed the overall champions and “Alpha Rockers” bagged the championship of the quiz competition. The certificates were presented by our guest speaker, Rtn PHF Ravinda Tammita, our club’s president Rtr. Akhila Adeeshwara, the Secretary Rtr. Manahari Singarachchi and the president of our partnering club Rtr. Usama Liyaudeen.
Ultimately it was indeed a refreshing experience for both interactors and Rotaractors which made it a platform for networking and grasping new memories. We wish these enthusiastic adolescents would uphold their spirits to continue their efforts to build on the community.
Read the rest of the selected articles
How Today’s Youth Could Initiate Change
Emo Culture
Humanity
Experience Of A Tech Addict
Written by :-
Rtr. Shafeeka Hafeez
Rtr. Achini Dayarathna