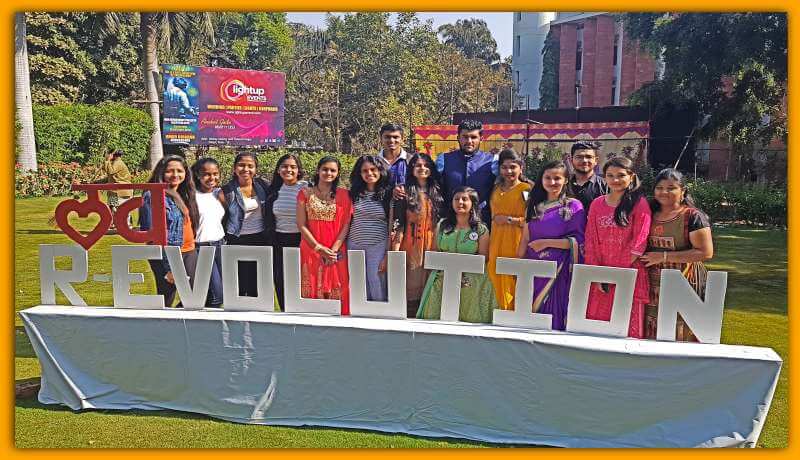 R- Evolution v10.0 was an international non-technical quiz competition organized by the Rotaract club of DYPVP, Pune, India. Over 3600 participants from 1800 teams participated; including teams from Pune, Indian teams outside Pune and international teams from Sri Lanka, Spain, Nepal and 6 other countries.

The first round for Sri Lankan participants was organized on the 8th of February 2019 by our club, as we got the invitation from Rtr. Pushparaj Patel, International Service Director, RCDYPVP.  Over 20 teams including Rotaractors as well as non-Rotaractors participated and the top two scoring teams were recognized as the winners. Out of 20+ teams, the two top scoring teams which consisted of Rtr. Sachindi Fernando, Santhusa Ravihara, Rtr. Aloka Weerawardena and Rtr. Thiloka Yapa took part in the international rounds in India. 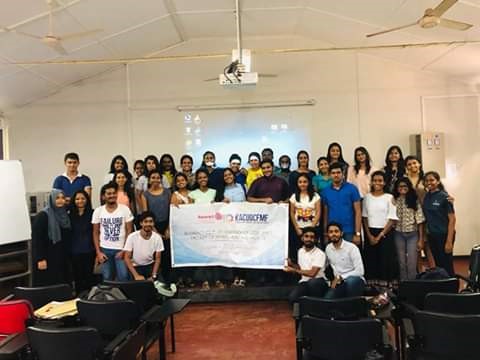 First Round in Sri-Lanka

The India visit was planned from the 16th to 21st of February and the competition was held on the 19th of February at the Dr. D. Y. Patil Institute of Technology, Pimpri, Pune. Our Vice President Rtr. Ayesha Samarathunga and project chairperson Rtr. Tishani Ranawana accompanied the two teams to India.

The R-Evolution first round was conducted in 24 cities across India and on the 19th February the second, third and the final rounds were conducted. RCDYPVP hosted all the teams from India and 9 other countries during the competition.  Second round consisted of logo/brand recognition questions and general knowledge questions. Those who competed well were qualified for the next round. Qualified competitors for the third round had to go through a buzzer round where they were given questions based on India. The winners of this round were recognized as national winners of R-Evolution Ops 10.0 and were qualified for International rounds.

International rounds were also buzzer rounds where competitors had to answer general knowledge questions from different sectors from countries all over the world. Winners were awarded with trophies, certificates and cash prizes. All the members who participated from our club had a good time. Our team was invited as the Chief Guest for the cultural talent show “Sanskrit” and the Art exhibition organized by the students of DYPVP institute, which was a great experience for all the participants from our club.

Throughout the journey, each and every one from the RACDYPVP was so supportive, indeed was like family. Members of DYPVP guided us from Bangalore Airport since the very first day we landed to the very last moment we were in India and took care of everything. With the help of RACDYPVP we visited Shanivar Wada, Agha Khan palace, street shops, malls and amazing restaurants. President of Rotaract Club of DYPVP Rtr. Pranav Bankar, Secretary Rtr. Shravani Kharat and International Service Director Rtr. Pushparaj Patel from RACDYPVP did a major role and was very grateful for all the participants.