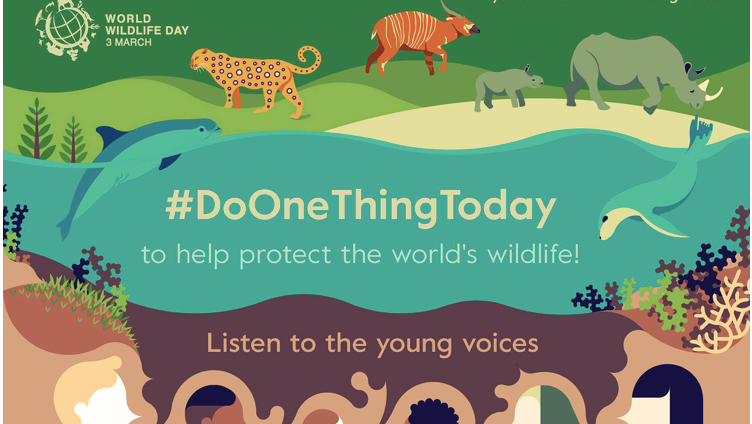 Posted at 10:51h in Featured, Uncategorized by rcuocfmfadmin 2 Comments
Our world population is not just a number.
In 1975, we were at 4 billion. And it took us about 200,000 years to get there.
But in less than 50 years, our population has nearly doubled to 7.7 billion.
Did you know who paid the price for the almost 100% rise in world population? 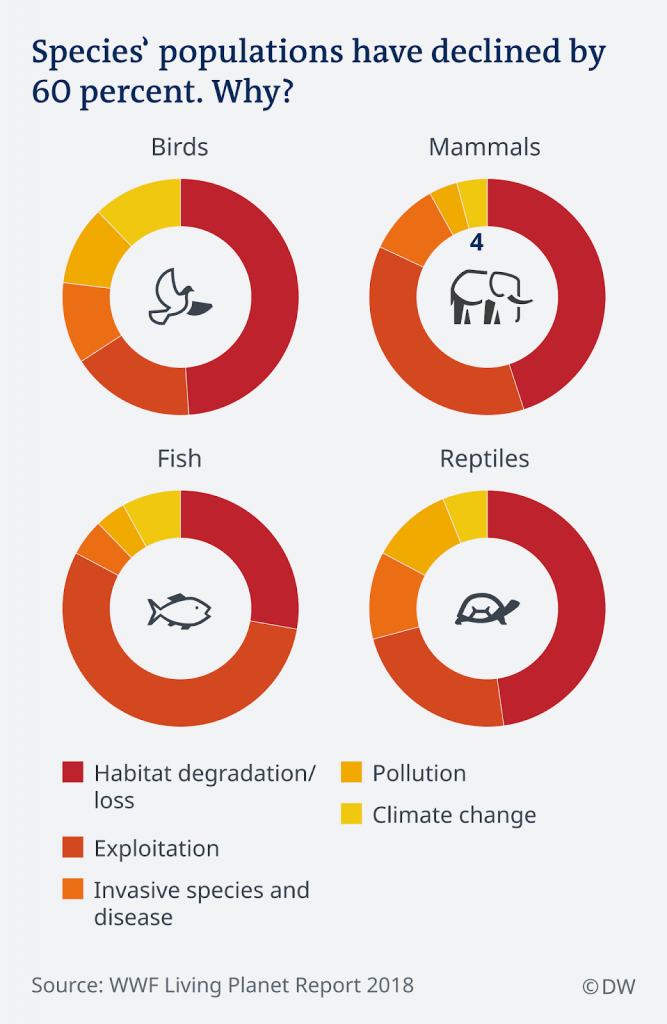 Well, the answer came when the 2018 Living Planet Report from the World Wildlife Fund was published. The report observed data of over 4,000 species of mammals, birds, fish, reptiles and amphibians since 1970.
Observations revealed that our wildlife population has plummeted by 60%.
In other words, our wildlife is paying the price for our exponential population growth – and it keeps getting worse by the day. Instead of consuming, we have settled to abuse the very planet that sustains us.


Deforestation rates have skyrocketed, and our food patterns have gone haywire. We have begun eating more animals than plants, just so we could jump on fast-food bandwagons.


Little do people know that the livestock industry is accountable for about 14.5% of greenhouse gas emissions. According to a report, that is more than the emissions of all modes of transportation combined.
“Earth is losing biodiversity at a rate seen only during mass extinctions,” states the Living Planet Report.
The Guardian reports on a study that shows how our planet is in the middle of the 6th and worst mass extinction since the dawn of time. To recap your memory from science class, the last extinction happened almost 66 million years ago.
“We are the first generation that has a clear picture of the value of nature and the enormous impact we have on it. We may also be the last that can act to reverse this trend.” – Living Planet Report 2018
When the World celebrated its Wildlife Day on the 3rd of March, United Nations themed it on “Life below water: for people and planet.” The aim of this year’s theme was to raise awareness and act on saving the rapidly deteriorating health of the oceans: our planet’s biggest Oxygen, food and livelihood provider.

As of today, we’ve fed our oceans with approximately 51 trillion microscopic pieces of plastic, which is about 500 times the number of stars in our galaxy. They end up in food chains and result in deaths of a shocking 100 million marine animals each year.

It is believed that every 1 in 3 fish caught contains toxic plastic waste. This has been linked to endocrine disruption and deadly cancers in humans.
If we do not put an end to this pollution, the Ellen MacArthur Foundation Report predicts more plastic than fish in the sea by 2050.
Which is also why we need to change our way of life, and it has to happen right about now. The United Nations Environment Assembly has taken a giant leap forward by providing a solid platform for innovative thinkers across the globe.


Stay tuned and be part of this conference happening from March 11th to 15th by following the hashtag #SolveDifferent and signing up here.