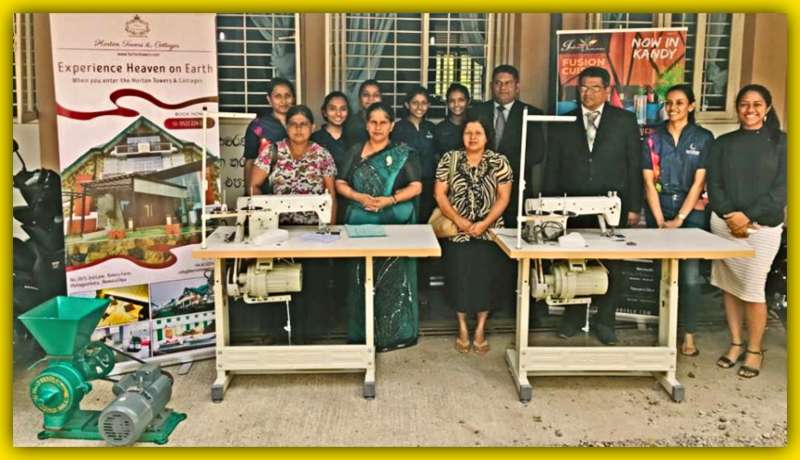 Posted at 15:55h in Avenues, Community Service, Gender Equality, SDGs, Uncategorized by rcuocfmfadmin 0 Comments
BOSS 2.0 is an initiative by the Rotaract Club of University of Colombo, Faculty of Management and Finance that aims to empower women by bridging the gap between women in the labour force and their contribution to the national economy.
Statistically, women in Sri Lanka form about 57% of the total population. However, as of 2018, women made up only 33.4% of the labour force participation rate. This is a drop from the previous year that draws attention to how nearly 70% of women in the labour force are economically inactive.
One of the biggest reasons behind this is the unavailability of resources for women to develop and monetize their skills. BOSS, for the second consecutive year, stepped in and vowed to make subtle changes that would cause a ripple effect for women in Sri Lanka.
The first phase of this initiative touched on the importance of different aspects of education for a woman. 3 informative videos were compiled and widely distributed across all social media platforms. They succeeded in garnering the attention and praise of both men and women alike.
The first video was a discussion with Mrs. Nirosha K. Kulasekara, the Assistant Student Counsellor at the University of Colombo. She addressed the significance of the role played by education in empowering women and urged to help create a platform for education to the less-privileged women.
In the second video, both girls and boys from the Faculty of Management and Finance engaged in describing women by using a single word. The objective was to challenge the definition of a woman and show how indefinable a woman is.

An interesting session with Ms. Chamari Warnakulasuriya, a member of the Sri Lanka Navy Weightlifting team was recorded as the third video. She shared her experience on how sports shaped her life through confidence building and anger management. She also went on to point out how every woman can benefit by taking up a sport professionally or as a hobby.

On the 10th of April, BOSS 2.0 marked its successful completion at the Vidatha Resource Centre of the Kaduwela Divisional Council. This was the final and most awaited phase of all as it involved the distribution of machinery to 3 highly-skilled, self-employed women in Sri Lanka.

The machineries distributed were Two JUKI sewing machines (Singer ZOJE) and one grinding machine with a total value of about 150,000 LKR. The entire amount was generously sponsored by Indian Summer; a popular Sri Lankan restaurant chain that strives to provide an experience of Indian cuisines at a local setting.
With the patronage given by Indian Summer, the final phase of BOSS 2.0 was completed ahead of time. The beneficiaries and their families hope to utilize these machineries in expanding their businesses and creating job opportunities for women in the locality of Malabe.
The Rotaract Club of University of Colombo, Faculty of Management and Finance would like to thank Indian Summer, committee members of BOSS 2.0 and all individuals who contributed towards making this project a reality.
Written by: