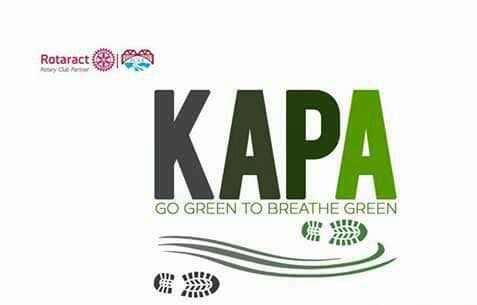 Posted at 16:03h in External Club Events, Others, Uncategorized by rcuocfmfadmin 1 Comment

KAPA is a project by the Rotaract Club of Katugastota Region

I had this insane question inside my head when I got involved in this project. The question was; “How can the air in a small town like Kandy be more polluted than an industrialized city like Colombo?”
That’s when I did my homework and came across the “Valley effect.” I found out that the mountains which prevented Portuguese and Dutch entering into Kandy is now preventing polluted air from escaping.
Oh by the way, we cannot blame the mountains…
● We are the ones who send the polluted air out
● We are the ones who failed to do the eco-test on time
Going deeper, I found out that smoke is seen as a ring structure every day above Kandy. People inhale this smoke and succumb to various breathing-related diseases.
We, the Rotaract Club of Katugastota Region understood the depth of the problem and initiated the project KAPA; Kandy Air Pollution Awareness. We wanted to join hands with the general public to crack this growing problem.

We sought professional assistance from Prof. O. AIlleperuma (Professor of Inorganic Chemistry University of Peradeniya), Dr. DushyanthaMadagedara (Consultant Respiratory Physician) and Mr. SenarathBasnayaka and relied on their credible information and mentorship throughout the project.

We have completed three phases to date and are currently working on the 4th phase. The first phase was a traditional Poster and Leaflet campaign covering the city limits of Kandy area. We reached out to people and engaged in one-to-one conversations. This was concluded on the 18th of February 2018. 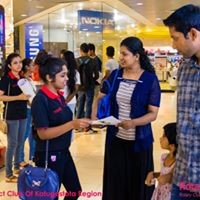 Distribution of brochures at the KCC

For the 2nd phase, we choose the internet as a platform to spread the message across more widely. We created a Facebook page on Kandy Air Pollution Awareness and used digital posters, along with two important milestones. One was a short movie and the other was a song composed and produced by us. Both managed to garner a lot of attention across many social media platforms.


The 3rd and by far the most important phase of this project was the KAPA FORUM. Here, the general public was given a chance to engage with us, the professionals such as the Police, Health Directors, Public speakers and Leading Professors.


Held on the 28th of November 2018 at the ICBT Kandy Campus Auditorium, this phase consisted of two sessions. The session 1 was a series of lectures and talks delivered by people who are currently engaged in various air pollution related researches. All schools in the Kandy district were invited to this session and both the students and teachers were able to interact with the doctors and professors. The Students were also given questionnaires to answer and all schools were provided with plants as tokens of appreciation.

The second session which was held in the afternoon had a different approach to connect with people. A panel discussion was held where the panelists and the audience were directly able to interact with each other. This was more like a brainstorming session for people and university students to find out reasons and measures to mitigate air pollution in Kandy. The Main panelists and the sub panelists of the panel discussion were;

– In order to clarify the problems relevant to the health sector in Sri Lanka and also to deliver the health hazard that would cause in future if this is issue is not addressed properly
 Toastmaster Farweez Imamudeen
– To represent the general public of Kandy and also to bring the difficulties faced day to day by a common man due to the air pollution in Kandy
Members representing the Department of Police Kandy, members of the Senior lecture committee from the ICBT Kandy Campus, Mr. Ruwan Weerakody, Lecturer of Nano technology who is also a social activist and members from the Health Sector Management, Kandy brought valuable insights into the KAPA Forum. As the chairperson of the KAPA project, I would like to express my sincere gratitude to all the personalities who helped us.
The sole purpose of KAPA was to reach out to people and make them think about the quality of air they breathe and encourage them to pioneer innovative solutions to make a difference. We invite you to be part of this as well, and help create a safer breathing environment for everyone.