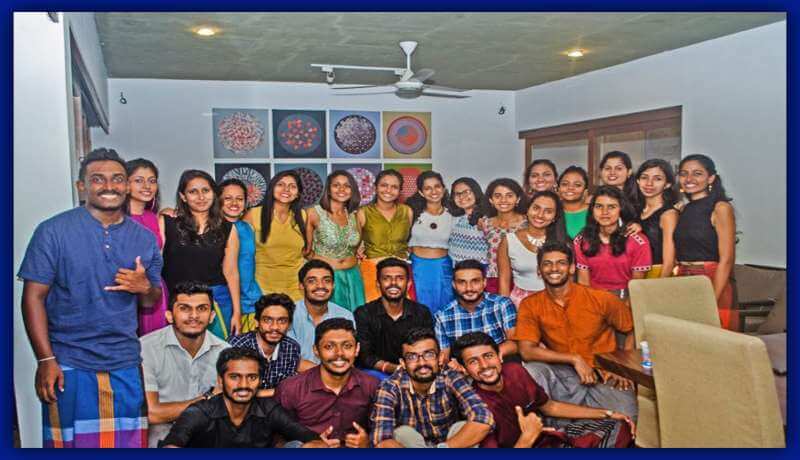 Raaga Thaala ’19 ; the annual paduru party of the Rotaract Club of University of Colombo, Faculty of Management and Finance was held on Saturday the 6th of April 2019, at a private residence near Thurstan College Colombo.


The aim of this annual Club Service project is to bring club members together for an evening filled with multiple entertaining activities. Raaga Thaala ’19 was also a part of Rotaraction; one of the renowned projects of our club.


Prior to the evening of Raaga Thaala ’19, Club Members were divided into four exciting teams, and each team had to attend prepared to perform a song according to specific guidelines. Practice sessions became exciting especially since the allotted points were to be carried forward to Rotaraction.


The dress code Lungi and Sarong itself made the event an interesting one to attend. Club members adorned in colorful attires made their way into the residence and Rtr. Sandalu Weerasekara kick-started the event by warmly welcoming them.

Decorations, lighting, and the vibe in the air laid the platform for a glamorous night. The first challenge thrown at each team was to perform the prepared song. We rejoiced in discovering hidden talents of members who took over the challenge wholeheartedly.

The next challenge was for a member from each team to dance the fastest to a slow soundtrack. This was a challenge that made everyone break out in laughter and dab at tears for it was beyond hilarious.

When it was time for dinner, all members gathered around the Singing Crew to relax with a Red Bull in hand. Dinner was then brought in and served with a menu that was a choice between Kottu and hoppers – which was just as exciting as the party itself.


The Singing Crew had gradually moved from the relaxing songs to fast moving tracks, which pumped the crowd up to dance even with food in their hands. Some even joined in with the Singing Crew and took over the singing!


Photography was one of the most awaited things as it makes memories more tangible. FMF Meida did a spectacular job capturing most of the night.


The night came to an end when the vote of thanks was delivered by the two chair persons. A very important announcement was also made by President and the Secretary for the year 2018/19 as they declared the new leadership for the coming year.

Raaga Thaala ’19 was indeed a night to remember as it paved the way to spend some quality time relaxing and getting to know the new members of the club.