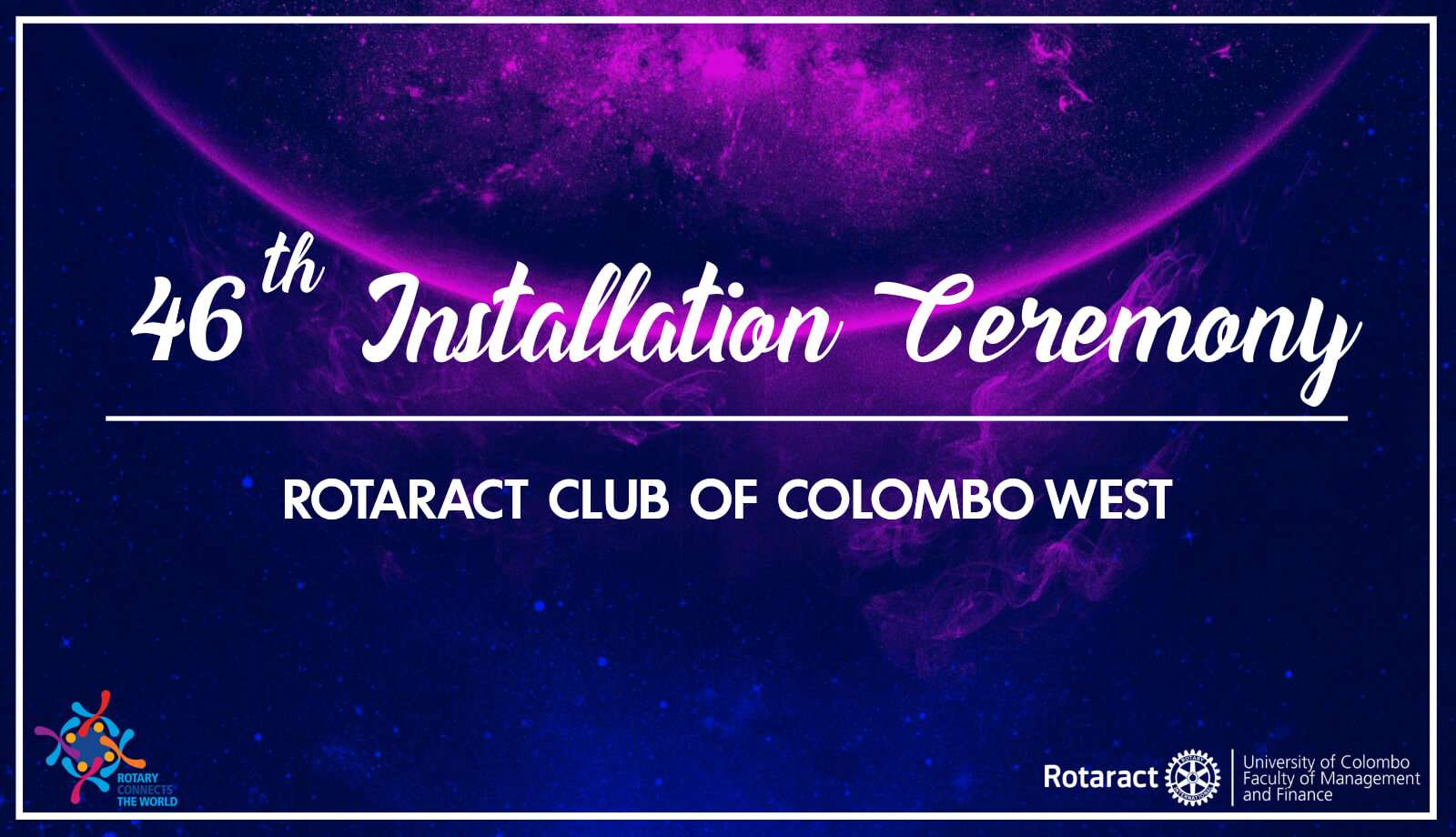 Posted at 06:13h in Installations, Others, Uncategorized by rcuocfmfadmin 0 Comments

An atmosphere filled with much energy, enthusiasm and excitement! –This was what was witnessed at the DHPL Auditorium on the 12th of July 2019 as the 46th Installation Ceremony of the Rotaract Club of Colombo West was about to begin at 6.30 p.m.
Rtr. Shehani Leo, Rtr. Piyumi Abeywardhane, Rtr. Shanali Kaluthanthri, Rtr. Vishmi Amendri, Rtr. Ovin Bimsara, Rtr. Melan Perera, Rtr. Nilasi Perera, Rtr. Tishani Ranawana, Rtr. Sanara De Silva and Rtr. Aloka Weerawardane attended the ceremony on behalf of our club- RACUOCFMF. 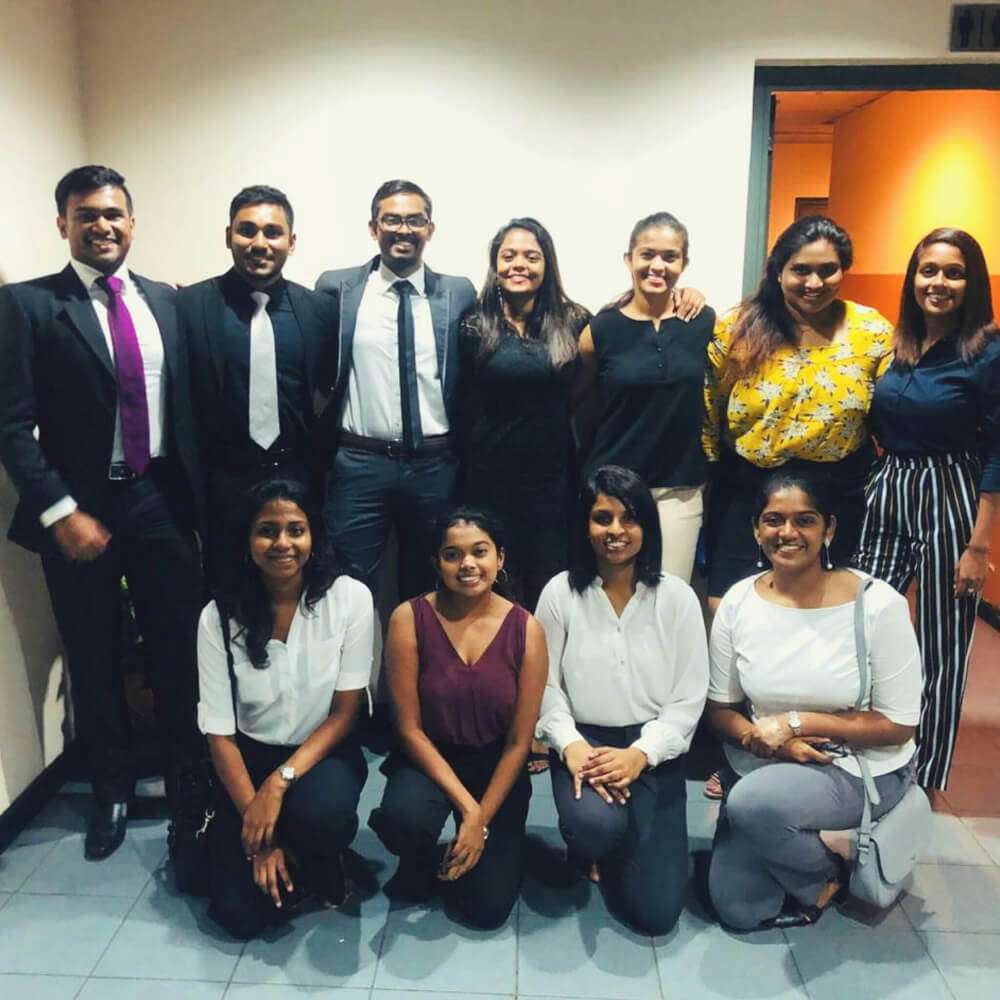 The ceremony officially commenced with the lighting of the oil lamp after which the Sergeant at Arms called the house to order. This was followed by the conventional formalities; The Rotaract Pledge, Invocation, 4 Way Test, Flag Salutation and the Rotaract song.

After warmly welcoming everyone, the Outgoing Secretary Rtr. Nimesha Jayamanne who was also recognized as one of the “Most Outstanding” Secretaries at the 29th Rotaract District Assembly Awards delivered the secretary report for the year 2018/19 to the audience.  A short video clip that was played afterwards revealed that they had carried out 43 projects and inducted 23 members within the year making them deservedly win several awards including “The Most Outstanding Club” award. Next, the outgoing President Rtr. Anaam Nilar who was also recognized as one of the “Most Outstanding” Presidents at the 29th Rotaract District Assembly Awards, took the stage to address the gathering. Quite cheerfully, yet emotionally he appreciated everyone who had contributed to the club’s journey from its inception, especially his parents and board of directors who had been there for him throughout a year – long amazing journey. After his final words as the president of the Rotaract Club of Colombo West were uttered on stage, Rtr. Sahan Gunasekara was collared as the club president for the year 2019/20. Rtr. Sahan Gunasekara then proceeded to address the gathering where he quoted the great Mahathma Gandi who once said, “Be the change you wish to see in this world”. In conclusion he gladly introduced his Board of Directors for the year 2019/20

Then, the gathering was treated to an entertaining musical item performed by the club members. District Rotaract Representative PP. Rtr. Krishan Balaji in his speech mentioned that “We are as strong as we are together” while Guest of Honor - Committee Chairperson Rtn. PP Jegatheesan Pirrasanth as well as the Chief Guest - Rtn. PP. Jerome Rajendran, shared a few words of invaluable advice relevant to all of us and delightfully wished the newly appointed board the best of luck!

An evening of recollection, hope and inspiration drew to an end with the stage being opened for felicitations followed by the Vote of Thanks being delivered by Rtr. Danica Harding, Secretary for the year 2019/20. In conclusion, the house was called to order for refreshments and fellowship.

It was indeed a pleasure for the Rotaract Club of University of Colombo, Faculty of Management & Finance (RACUOCFMF) to be part of this occasion and would like to extend its warm wishes to Rtr. Sahan Gunasekara and his Board of Directors for yet another “Outstanding” year ahead.