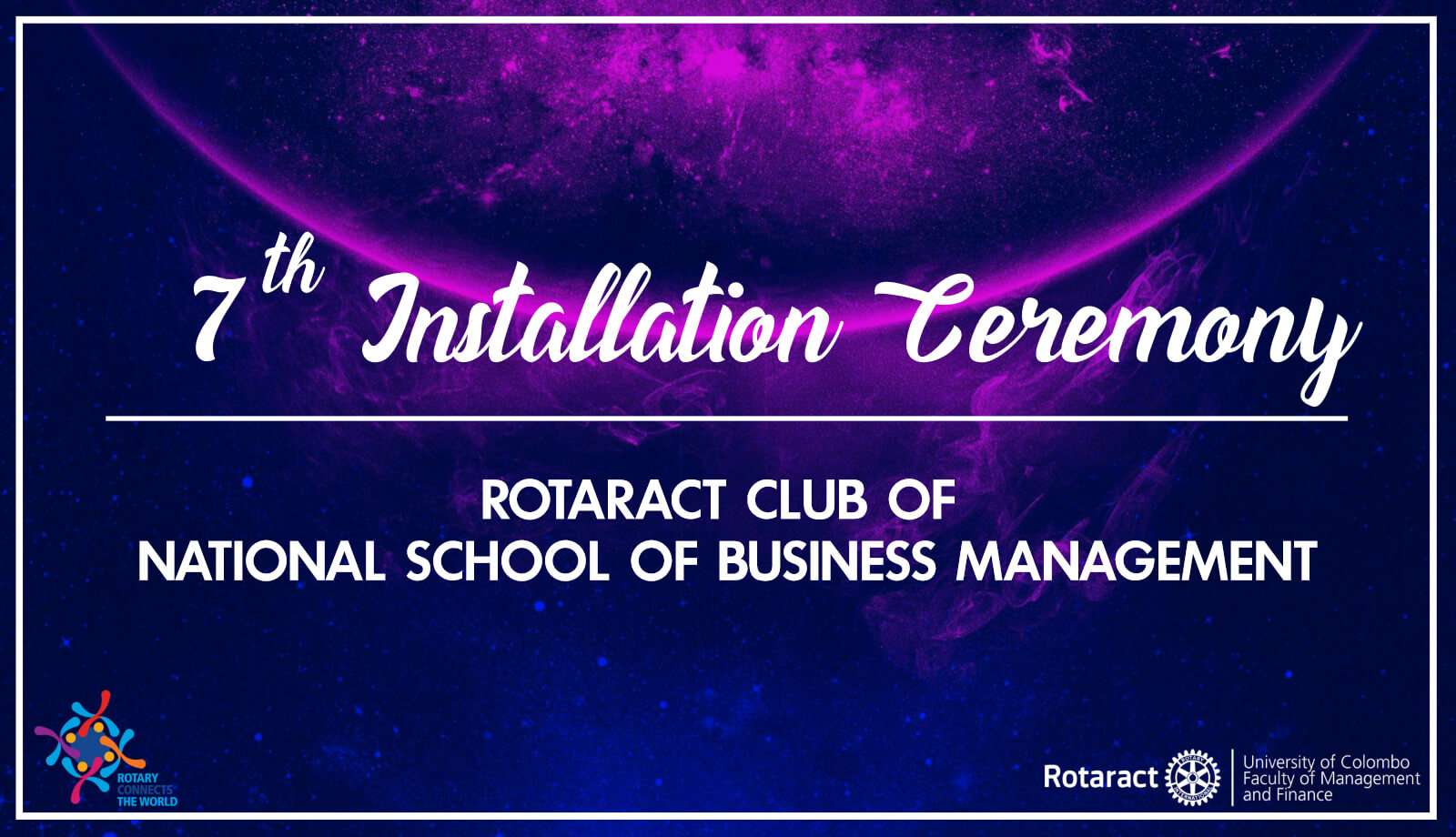 Posted at 14:58h in Installations, Others, Uncategorized by rcuocfmfadmin 0 Comments 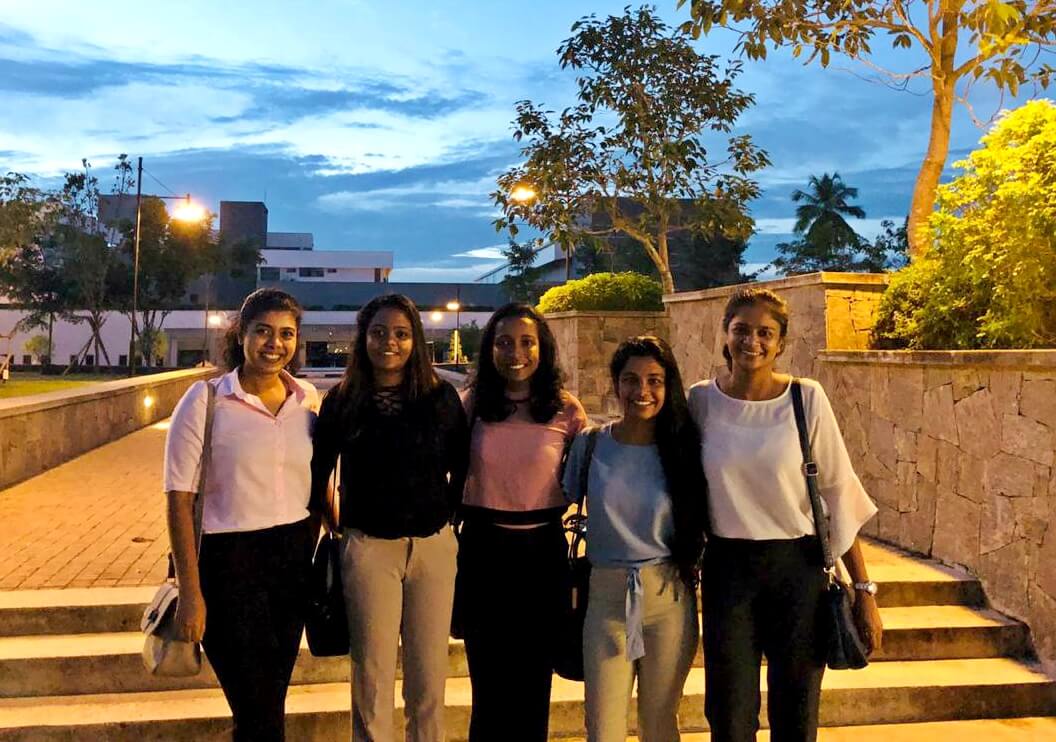 With the arrival of the dignitaries of the event which included the Chief Guest for the day the President of the Rotary club of Colombo West Rtn. Pravir Samarasinghe, Committee Chairperson Rtn. PP. Jegathesan Pirrasanth, District Rotaract Representative Rtr. PP Krishan Balaji, the event commenced.

Before they took their respective places at the head table they were invited to the lighting of the traditional oil lamp to continue the evening. Then the Sergeant-at-Arms Rtr. Arshath called the house to order followed by the National Anthem, Rotaract Invocation, Flag Salutation, Four Way Test and the Rotaract Song.

The event proceedings then continued as the Chairperson of the Installation Rtr. Ameera warmly welcomed the gathering while signifying their theme for the year 2019/20 - “Act with Integrity and Serve with Love."

Afterwards, the Secretary’s Report for the year 2018/19 was delivered by the Past Assistant Secretary Rtr. Ornille Symons on behalf of the Past Secretary Rtr. Nelushi Perera. Next the Outgoing President Rtr. IPP Piyath Gunawardana addressed the gathering. He extended his sincere gratitude to the Outgoing Board for their immense contribution and highlighted the contribution of each and every individual including club members and those outside the club who had guided him during his journey of presidency. This was followed by the distribution of Tokens of Appreciation for some of the significant contributors.

The next event on the agenda for the day would have undoubtedly gone down in NSBM’s Rotaract Club history as of one of the most remarkable moments! It was the introduction of the President for the year 2019/20, Rtr. Ruvi Samarakoon as the 1st ever lady President of the club! This special moment was made extra special as she was introduced affectionately by her own sister Rtr. Vishara Samarakoon and was gracefully collared by the Outgoing President Rtr. IPP Piyath Gunawardana.

Then the stage was opened to the newly appointed president Rtr. Ruvi Samarakoon to address the audience where she beautifully conveyed that “Big or small, our contribution matters” and “Nothing is bigger than the heart of a volunteer." She also made it an opportunity to thank all the supporters who guided her to reach this achievement in her Rotaract journey. In winding up her speech she introduced her Board of Directors for the year 2019/20. 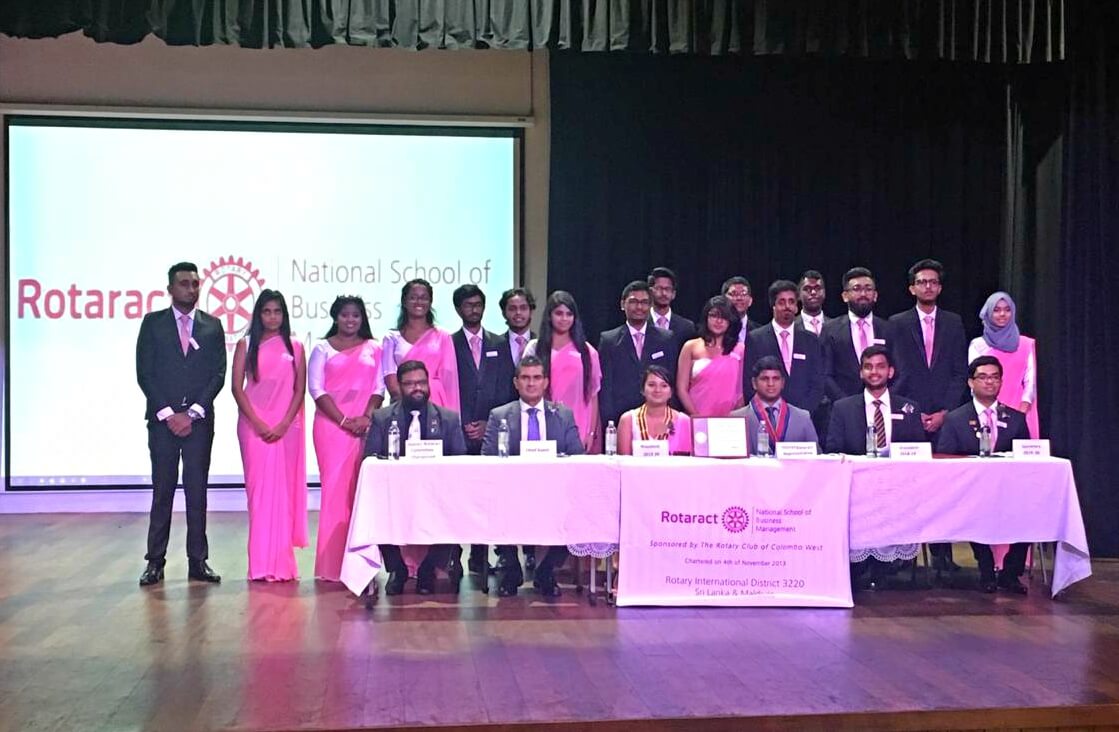 After the much enjoyed entertainment item the Outgoing President and his Board was appreciated and warm wishes were extended to the Incoming President and her Board by the following dignitaries; District Rotaract Representative Rtr. PP Krishan Balaji, Committee Chairperson Rtn. PP. Pirassanth Jegatheesan and the President of the Rotary Club of Colombo West Rtn. Pravir Samarasinghe.

The Incoming Board was advised by them on how to move forward while doing better in future. Then the Tokens of Appreciation were distributed by Rtr. Ruvi Samarakoon to the distinguished guests for the evening and thereafter the floor was opened for felicitations where Rotaractors of all the clubs who participated that day congratulated the Outgoing Board on a tremendous job done and added well wishes to the Incoming Board for the upcoming year.

This memorable evening came to an end with the Vote of Thanks by the Secretary for the year 2019/20 Rtr. Abdhulla Hafiz.The Rotaract Club of University of Colombo, Faculty of Management and Finance (RACUOCFMF) would like to extend warm wishes to Rtr. Ruvi Samarakoon and her board for their upcoming journey they just embarked upon! 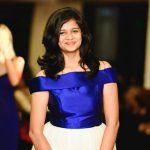