Posted at 00:38h in Installations, Others, Uncategorized by rcuocfmfadmin 0 Comments

The 28 th Installation Ceremony of The Rotaract Club of Colombo North was held on the 18 th of July at the DHPL Auditorium. The meeting began with the welcoming of the guests and the invitees present to share the wonderful moment of beginning yet another era. The following Dignitaries were invited to take their sets at the head table. The Rotaract District Representative PP. Krishan Balaji, Chief Guest, Rtn. PHF Asoka Pieris, Rotaract District Committee Chairperson Rtn. PP. Pirassanth Jegatheesan, President for the year 2018/19 Rtr. IPP.Ahamed Zeeshan, Secretary for the year 2018/19 Rtr. Nabeel Saldin and the President for the year 2019/20 Rtr. Nadeeshani Karandana. 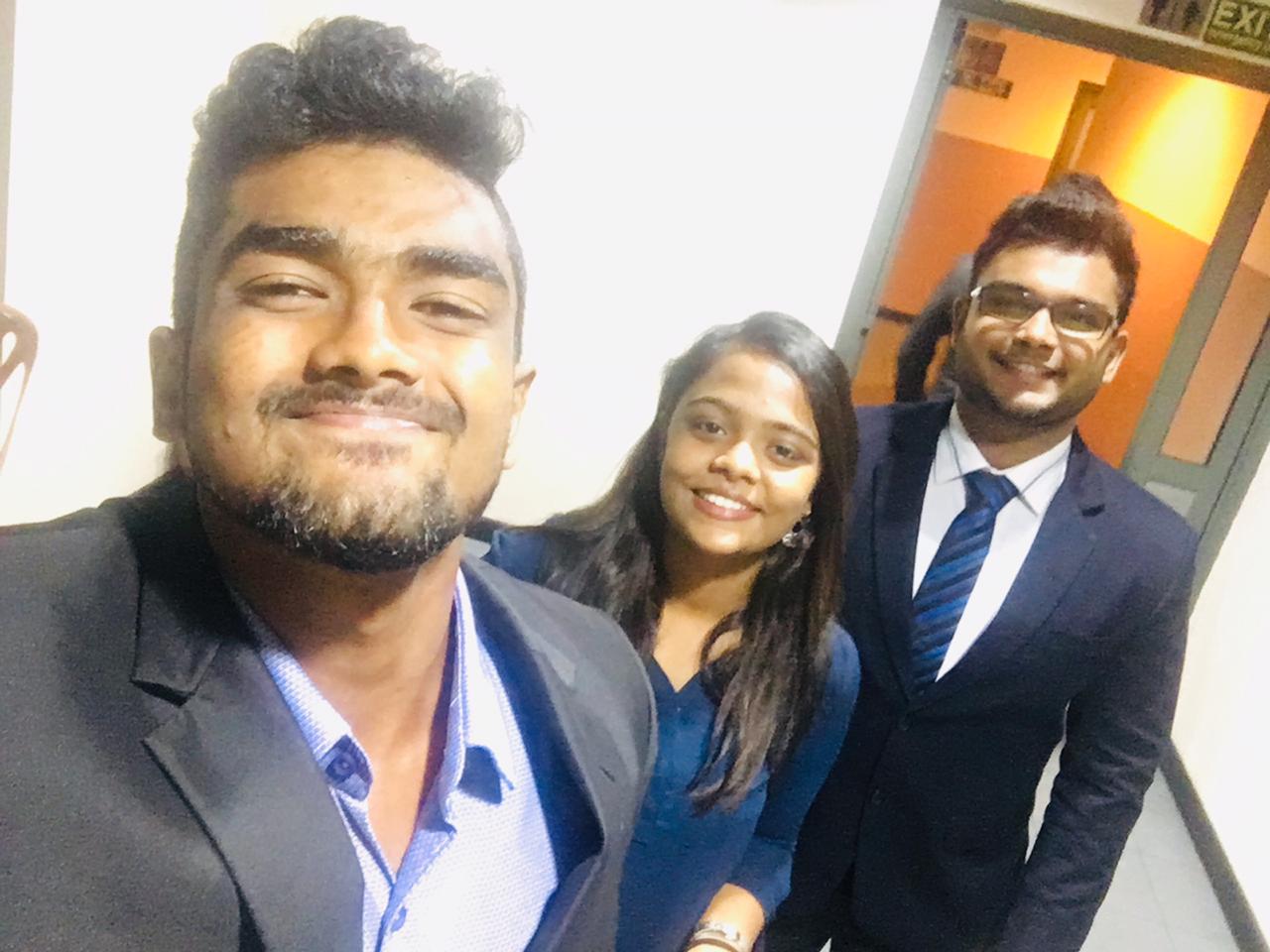 The special guests and the invitees were warmly welcomed by Rtr. Tuan Javeed. It was then followed by the Secretary’s Report for the year 2018/2019 where the main projects that were carried out within the year were highlighted by the Secretary. Next the President for the year 2018/2019 Rtr. Ahamed Zeeshan was called upon to address the gathering for one final time. Rtr. IPP. Zeeshan was extremely delighted about the successful completion of his year. He did not forget to mention each and every individual who helped him in various aspects to ensure that the smooth flow of all projects was maintained. Rtr. Zeeshan concluded his address by wishing the incoming President and her Board of Members for an amazing year.

The most awaited moment of the evening arrived when the President for the year 2019/20 Rtr. Nadeeshani Karandana was collared as the newly appointed President to take forward the duties and further enhance the value of the club. Rtr. Nadeeshani then addressed the audience and mentioned about a special project that would be carried out with the assistance of Amana Bank. The President then moved on to introducing the individuals who would be her pillar of strength throughout her tenure as the President of the club.

Afterwards, Rtr. President Nadeeshani presented certificates of Membership to all the newly joined members of the club. The District Rotaract Representative PP. Rtr. Krishan Balaji addressed the audience and mentioned that Rotaract commended the newly appointed President, Rtr. Nadeeshani for her amazing ability in making the most beautiful “Dreamers”. He also wished her for a successful and mentioned that he wishes she would be able to reach her dreams as the President of the club. The District Committee Chairperson, Rtn. PP. Pirassanth Jegatheesan addressed the audience and appreciated the club for all the magnificent projects carried out within the past year and advised the newly appointed Board in carrying out their duties as a team. The Chief Guest for the evening, Rtn. PHF Asoka Pieris, congratulated the Outgoing President on the efforts put into to taking the club to great heights. While wishing the newly appointed President and her Board of Members all the very best for a fruitful year he highlighted the importance of being a part of such a movement that adds value and satisfaction to one’s life.

Followed by an entertaining medley of songs sung by the club members, the Past Presidents of the club Past DRR. Mohamed Huzni and IP. DRR. Amjad Yusoof addressed the gathering together. They mentioned how the Rotaract Club of Colombo North have always been a very special club to them as they both were past members of the club. They recognized the special contribution made to the District Committee and the club by Rtr. Hiraz Hyder. Rtr. Nadeeshani, newly appointed President further appreciated the effort of Rtr. Hiraz Hyder and thanked him for his unwavering support. This was then followed by the presentation of the tokens of appreciation by Rtr, President Nadeeshani . She thanked all invited and special guests for being present that evening to share the joy of her appointment as well as her Board.

The floor was then open for all invitees to share their best wishes with the newly appointed Board of Directors to be able to successfully complete another amazing year of Rotaract. The newly appointed Secretary Rtr. Shamrina Carim was invited to deliver the Vote of Thanks and she was ever so grateful to all those who extended a helping hand in carrying out all the projects within the past year and thanked all the invitees for sharing the joy of this special occasion. The meeting then concluded with the invitation extended for fellowship and refreshment to all those present.

The Rotaract Club of University of Colombo, Faculty of Management and Finance (RACUOCFMF) would like to extend its warm wishes to Rtr. Nadeeshani Karandana and her Board of Directors for yet another wonderful year ahead.