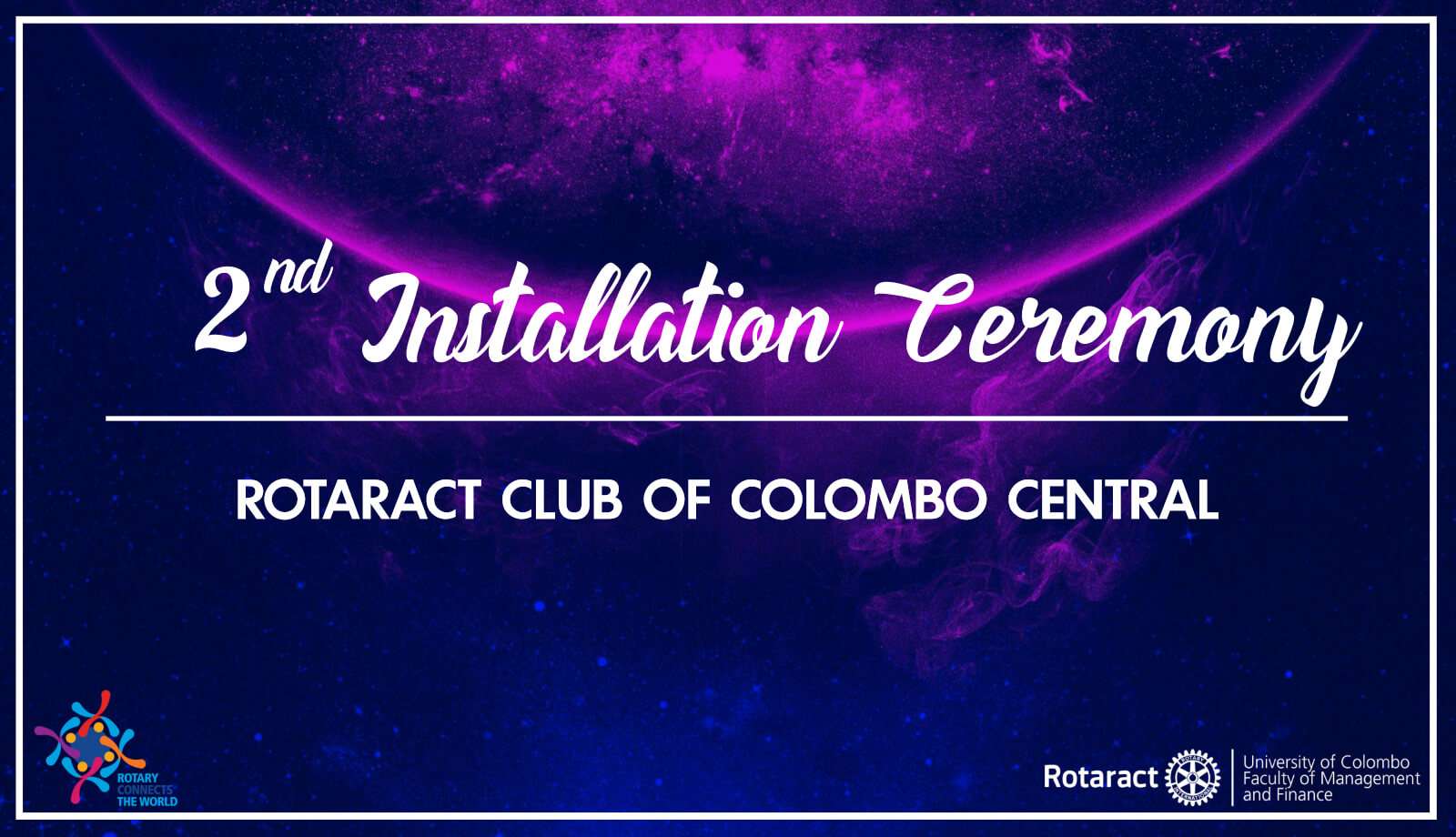 Posted at 01:00h in Installations, Others, Uncategorized by rcuocfmfadmin 0 Comments

On the 24th of July 2019, the members of the Rotaract Club of Colombo Central had congregated at the DHPL Building Auditorium for the most significant event of their calendar, the 2nd Installation Ceremony. Rtr. Gayan Perera, Rtr. Samitha Weerakoon, Rtr. Amanda Tennakoon were present at the Installation Ceremony on behalf of our club - RACUOCFMF. 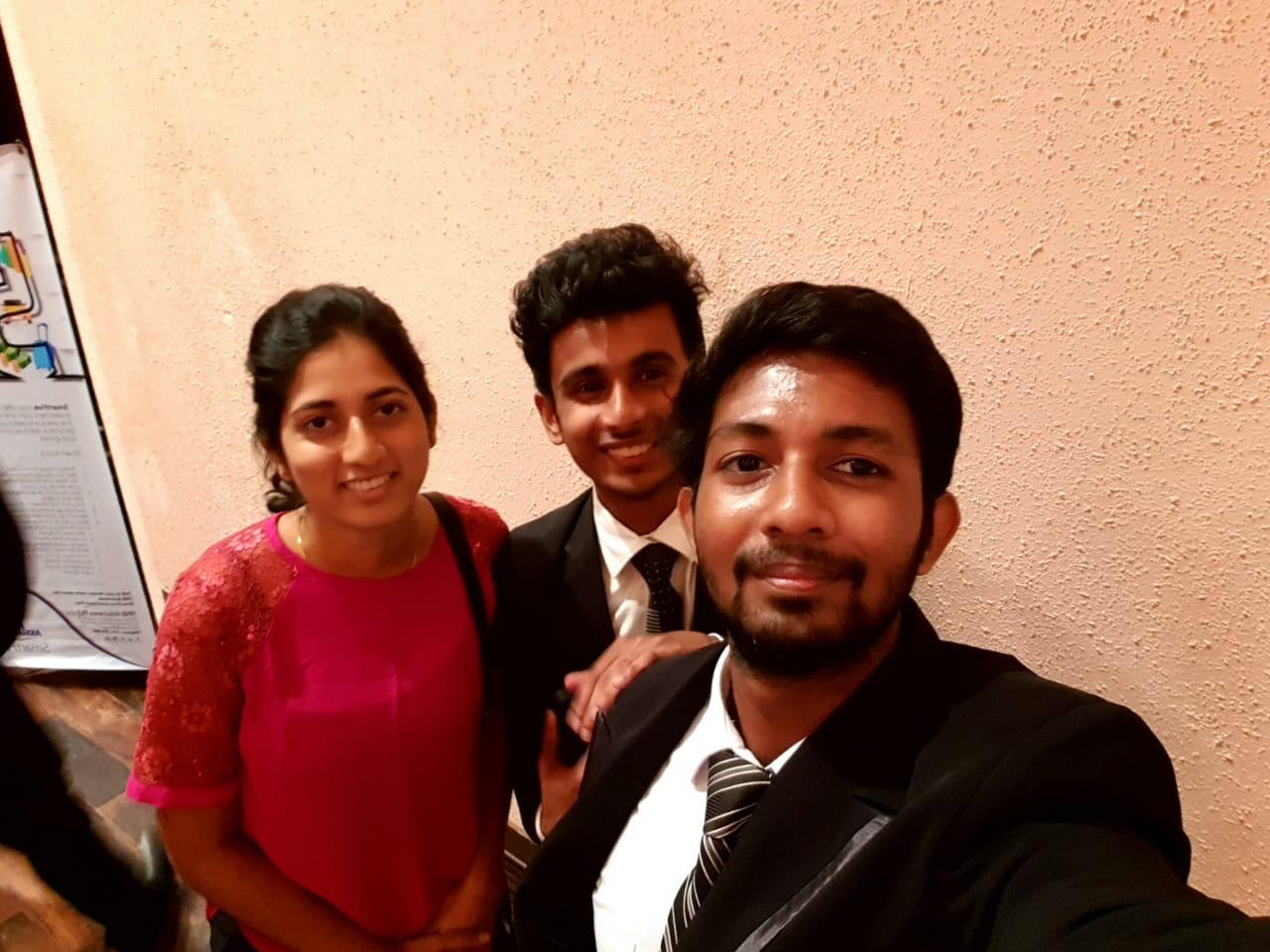 The Ceremony commenced with the arrival of dignitaries. The event was graced by the Chief Guest - President of the Rotary Club of Colombo Central Rtn. Dayan Samaraweera, District Chairman Service Projects - Rtn. PHF. PP. G. S. Sylvester, District Rotaract Representative - Rtr. PP Krishan Balaji, Immediate Past District Rotaract Representative – Rtr. PP Amjath Yoosuf. Following the lighting of the oil lamp, all the dignitaries were invited to take their seats at the head table. The Sergeant-at-Arms called the house to order right after and this was followed by the National Anthem, Rotaract Invocation, Flag Salutation, Four-way Test and the Rotaract Song. A minute of silence was observed to commemorate all the lives lost from the recent Easter Attacks.

The event continued with the welcome address by the Joint Secretary for the year 2019/20 - Rtr. Senuri Hettihamu. The Secretary’s Report was delivered by Rtr. Dinushika Jayatissa. A brief video clip was presented and it outlined various projects carried out and achievements made throughout their journey. Following a brief introduction, the Outgoing President Rtr. Eranga Premathilaka addressed the audience and thanked the Outgoing Board and members for their immense support and hard work.

Subsequently District Rotaract Representative - Rtr. PP Krishan Balaji took the stage and addressed the gathering where he appreciated the achievements of the Outgoing President and his Board and wished all the very best to the Incoming President for a successful year ahead. Then the gathering was addressed by District Chairman Service Projects - Rtn. PHF. PP. G. S. Sylvester. In his address to the audience, he asked the President and members to be connected to the Club, then to the District and thirdly to the International District and concluded the speech sharing one his favorite quotes “Coming together is a beginning, keeping together is progress, working together is success.”

This was followed by quite an energetic entertainment item performed by Rtr. Dhananjaya Siriwardana which received an overwhelming response by the audience. Following a brief introduction, Chief Guest at the event, President of the Rotary Club of Colombo Central - Rtn. Dayan Samaraweera also addressed the audience and highlighted the importance of talented youth joining the Rotary movement in order make a change in the country. Afterwards, the Tokens of Appreciation were handed over by the President - Rtr. Mano Mudunkotuwa and finally the stage was opened for felicitations. The event concluded with the Vote of Thanks delivered by the Joint Secretary for the year 2019/20  Rtr.Chathuni Jayaweera and then everyone gathered for fellowship and refreshments.

The Rotaract Club of University of Colombo, Faculty of Management and Finance (RACUOCFMF) would like to extend its warm wishes to Rtr. Mano Mudunkotuwa and the Board of Directors for a fantastic year ahead. 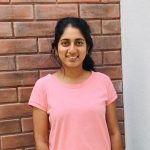