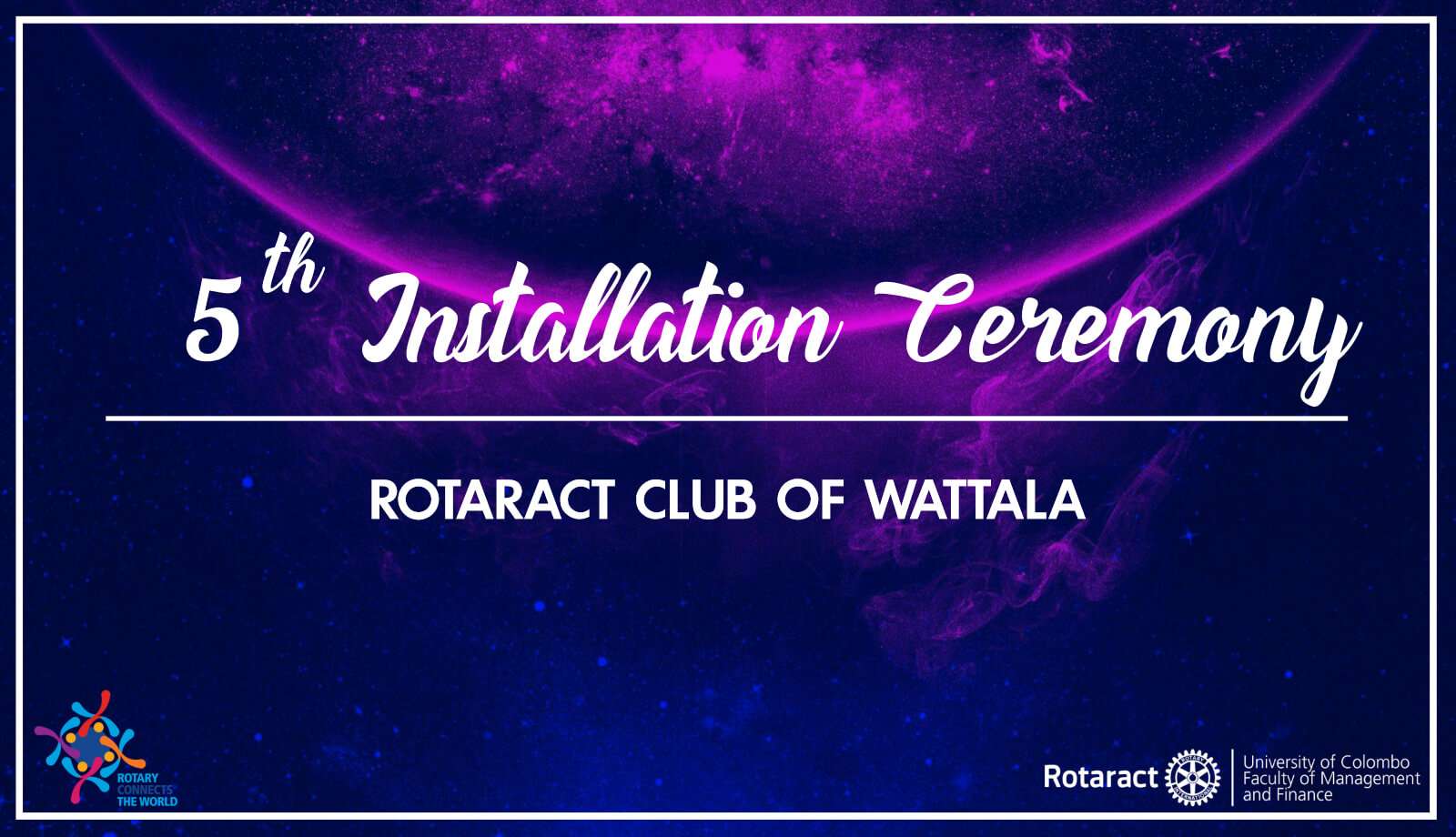 17 Aug 5th Installation Ceremony of the Rotaract club of Wattala

Posted at 00:46h in Installations, Others, Uncategorized by rcuocfmfadmin 0 Comments

The DHPL Auditorium of Colombo 2 became a very eventful place on 20th July 2019 because of the 5th Installation Ceremony of the Rotaract Club of Wattala. Rtr. Shehani Leo, Rtr. Piyumi Abeywardhana, Rtr. Vishmi Withanage, Rtr. Kulani Salgado and Rtr. Mitchell Fernando attended the ceremony on behalf of our club, RACUOCFMF. 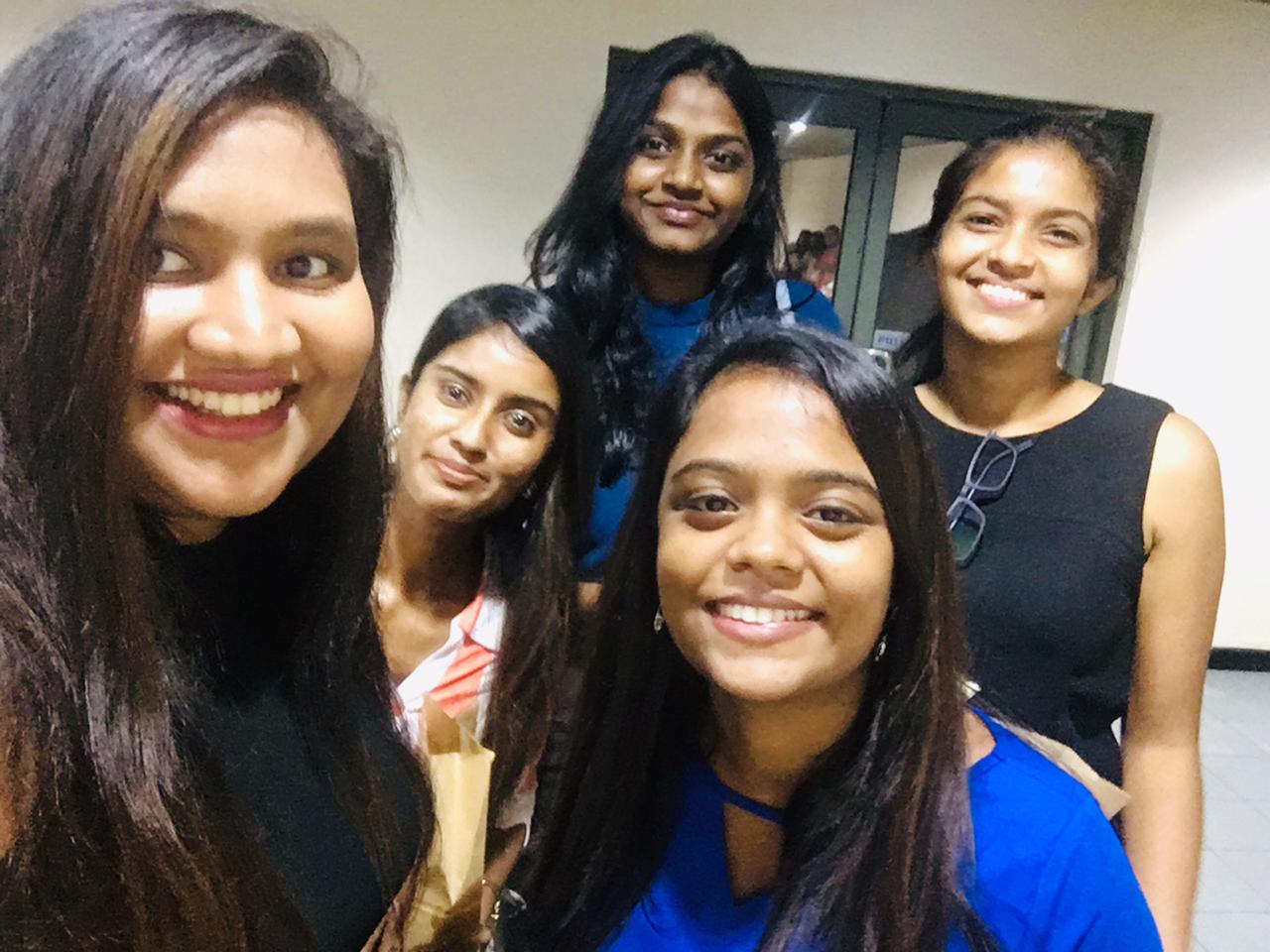 The registrations started at 3.30 pm for the Rotaractors of all the clubs who came to give their heartiest wishes to the newly designated President and her Board of Directors.

The ceremony began with the arrival of the dignitaries. The Chief Guest for the evening was the President of the Rotary Club of Wattala, Rtn. Raj Rajalingam, District Rotaract Committee Chairperson, Rtn. PP. Pirrsanth Jegatheesan, District Rotaract Representative Rtr. PP. Krishan Balaji and Immediate Past Rotaract District Representative, Rtr. PP. Amjad Yoosuf. Distinguished guests were invited to light the traditional oil lamp and dignitaries were requested to take the seats at the head table. After the National Anthem the house was called to order by the Sergeant At Arms, followed by the Flag Salutation, Rotaract Invocation, Four-Way test and the Rotaract Song. Then, the gathering was warmly welcomed by Rtr. Aakhir Rizvi, Chairperson of the Installation Ceremony 2019/20. Then, a beautiful video about their projects and memories of the club for year 2018/19 was presented to the audience.

The Secretary’s Report for the year was delivered by Rtr. Shanithi Vithanagamage, the Secretary for the year 2018/19. The Club, which functioned under the theme “Creativity for Innovation” for the year, consists of above 50 members, and completed 25 note-worthy projects in their portfolio to benefit the people in the society. The project portfolio includes 7 Club Service Projects, 8 Community Service Projects, 4 Professional Development projects, 2 International Understanding Projects and 4 Public Relations Projects. Next, the Outgoing President of the Rotaract Club of Wattala addressed the gathering in order to share her experience and to wish the Incoming President and her Board for a successful year ahead. Board members for the year 2018/19 were awarded by the Outgoing President for their hard work and dedication. After the introduction to the President for year 2019/20, the Outgoing President - Rtr. Avishka Perera collared the Incoming President Rtr. Shanithi Vithanagamage which was the salient moment of the event.

Then the stage was opened to the newly appointed President Rtr. Shanithi Vithanagamage to address the gathering, where she started with the famous clause said by Nelson Mandela; "to the youth of today, I also have a wish to make, be the script writers of your own destiny and feature your task towards a bright future”. She mentioned that the Rotaract Club of Wattala wishes to have a great future with their theme of “Here for Humanity” for year 2019/20 and concluded by introducing her Board of Directors for the year 2019/20.

Next, the District Rotaract Representative, Rtr. PP. Krishan Balaji addressed the gathering, congratulating the newly appointed President and her Board of Directors and appreciated the hard work of all the Past Presidents. He also mentioned about the “Vesak Celebration of Rotaract Club of Wattala 2018” where they celebrated Vesak at a Kovil, a Church and a Mosque in order to promote  peace among different cultures.

Rtr. Shanithi Vithanagamage distributed Tokens of Appreciations to the distinguished guests of the evening and then the stage was opened for the felicitations where Rotaractors of other clubs congratulated the Outgoing Board for an amazing job done and wished for a successful year for the Incoming Board. With the end of the felicitations Rtr. Sajani Ramanayaka, Secretary for the year 2019/20, delivered the Vote of Thanks and it was followed by the termination of the Installation where everyone gathered for fellowship and refreshments.

The Rotaract Club of University of Colombo, Faculty of Management and Finance (RACUOCFMF) would like to extend warm wishes for Rtr.Shanithi Vithnagamage and her Board of Directors for a successful year ahead! 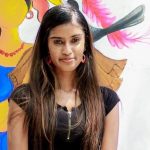