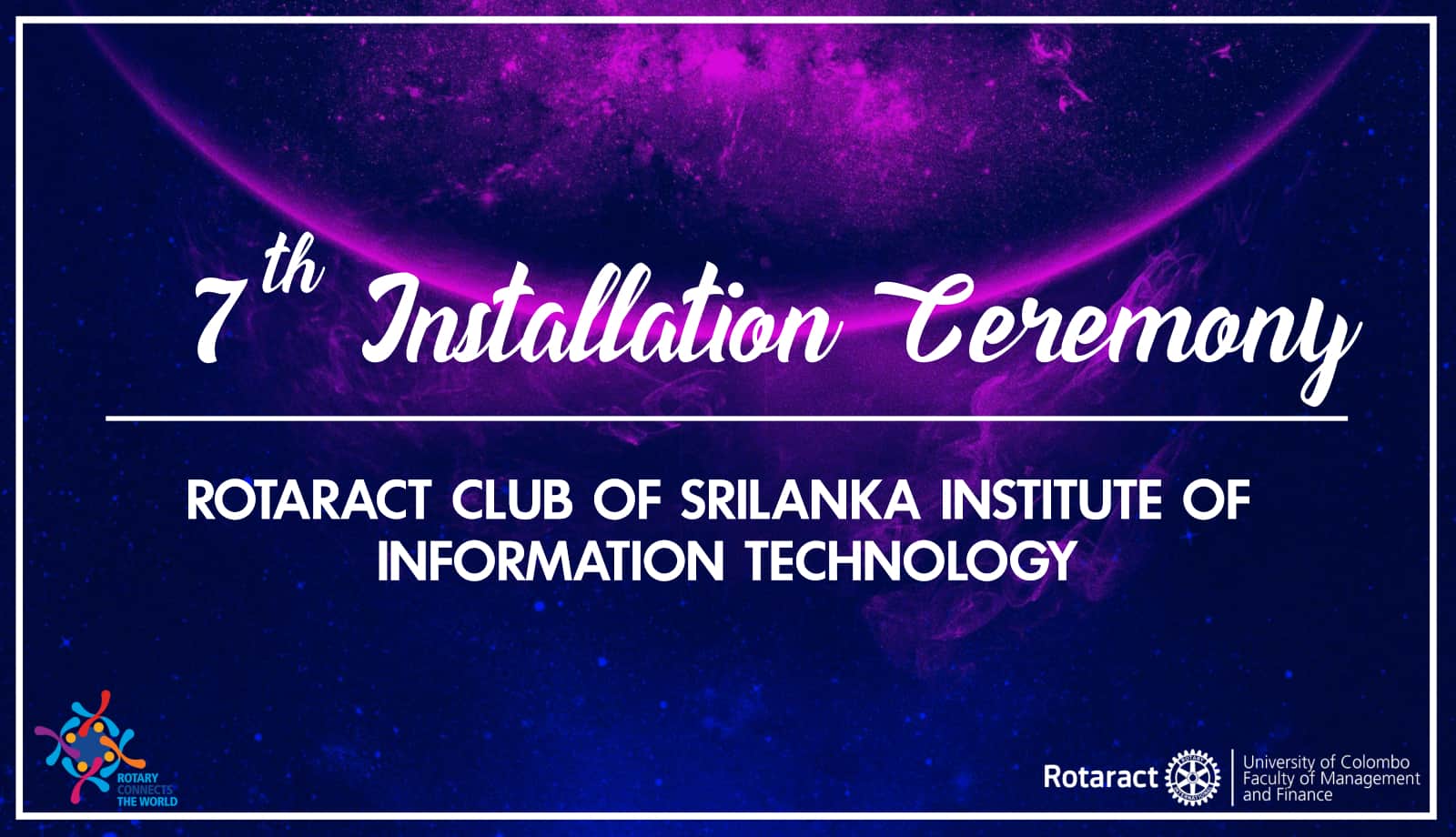 Posted at 01:25h in Installations, Others, Uncategorized by rcuocfmfadmin 0 Comments

The 27th of July 2019 was a much awaited Saturday for the Rotaractors of SLITT. Their faces were lit up with excitement as all guests gathered around at their 7th Installation Ceremony. Rtr. Aamina Ismail, Rtr. Kulani Salgado, Rtr. Sifara Mumthas, Rtr. Hiruni Kapuge, Rtr. Noora Siyam and Rtr. Ameena Sufi Ismail attended the ceremony representing RACUOCFMF. 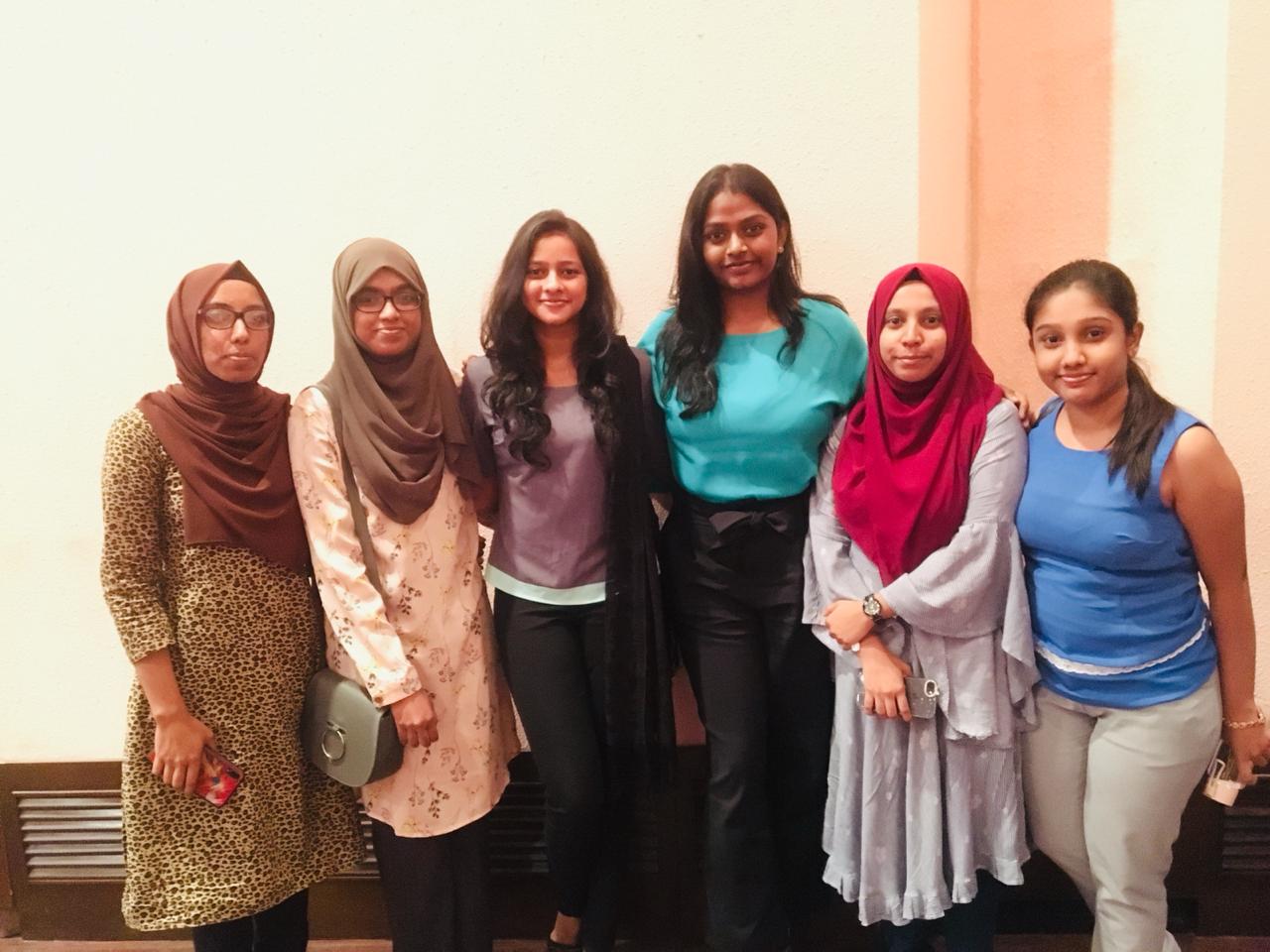 After registration, the event began at 4.00 p.m. with the arrival and lighting of the traditional oil lamp by the Dignitaries of the event. Chief Guest for the evening - Director of Academic Affairs of SLIIT Mr. Yasas Mallawarachchi, Guest of Honor - President of the Rotary Club of Battaramulla Rtn. PHF. Nelu Fernando, District Rotaract Committee Chairman - Rtn. PP. Jegatheesan Pirrsanth, District Rotaract Representative - Rtr. PP. Krishan Balaji along with the Outgoing President - Rtr. Sethil Muhandiram, the Incoming President - Rtr. Duleesha Waidyarathne and Secretary for the year 2018/19 - Rtr. Parami Paranavitana were then invited to take their respective seats at the head table, after the house was called to order by the Sergeant At Arms. Then all arose for the National Anthem which was followed by the Flag Salutation, Rotaract Invocation, Four-Way Test and Rotaract Song.

The gathering was warmly welcomed by the Project Co-Chairperson of the Installation and then the Secretary’s Report for 2018/19 was delivered by Rtr. Parami Paranavitana in which she shared some of the significant projects out of the 42 successfully completed projects covering different avenues under their Rotaract theme for the year 2018/19 ‘Make it happen, Make it matter’. She also acknowledged the recognition received by the club as a whole. Following her report , a video clip was played and it summarized their Rotaract journey in the year 2018/19.

Then it was the Past President’s turn to address the gathering where he briefly discussed how Mother Sri-Lanka was part of the Global Environmental issues. He pointed out that as Rotaractors we can work together, join other forces and conserve the environment. In conclusion, he presented tokens of appreciation to recognize everyone who had been a part of their amazing journey during the year 2018/19.

Then the Outgoing Secretary introduced the Incoming President for the year 2019/20 - Rtr. Duleesha Waidyarathne in where she shared some of the projects chaired by Rtr.Duleesha including the awards and recognition she had received for her hard work and dedication. This was followed by the Outgoing President Rtr. Sethil Muhandiram gracefully collaring the Incoming President Rtr. Duleesha Waidyarathne. In her address to the gathering she highlighted their theme for the Rotaract year 2019/20 ‘For A Better Tomorrow’ by wishing her club members to grow as individuals, to master their values and mark their name wherever they go as proud Rotaractors by committing to making this world a better place in every aspect.

Following the Induction of the Board of Directors along with the Sub- Committee leaders, it was the turn for the District Rotaract Representative Rtr. PP. Krishan Balaji to address the gathering where he emphasized the significance of the Rotaract Club and the impact of the efforts of Rotaractors. Next, the District Rotaract Committee Chairperson- Rtn. PP. Jegatheesan Pirrsanth shared few words of inspiration outlining the importance of finishing what you have started.

Subsequently, a musical performance by Rukshan Xavier entertained the audience. Afterwards, the Guest of Honor- Rtn. PHF. Nelu Fernando was introduced and invited to address the gathering in which the amount of responsibility and leadership one should have to move forward was pointed out. Up next, the Chief Guest for the evening - Director of Academic Affairs of SLIIT- Mr. Yasas Mallawarachchi was introduced and invited to share a few words. He emphasized on being persistent, overcoming challenges, finding solutions, being successful as well as bearing the agony of failure if any.

Tokens of Appreciation were then presented by President Rtr. Duleesha to the dignitaries of the evening, guests and to all those who encouraged the club throughout. A special Token of Appreciation was presented to the Outgoing President - Rtr. Sethil Muhandiram by the outgoing Board of Directors.

The floor was then opened for felicitations where wishes were extended to the Outgoing Board and as well as the Incoming Board. The event concluded with the Vote of Thanks delivered by the Secretary for the year 2019/20 - Rtr. Thathsarani Wickramaarachchi and then all gathered for fellowship and refreshments.

The Rotaract Club of University of Colombo, Faculty of Management and Finance (RACUOCFMF) would like to extend its warm wishes to Rtr. Duleesha Waidyarathne and her board for an amazing and successful year ahead. 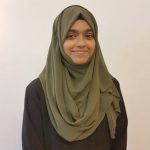