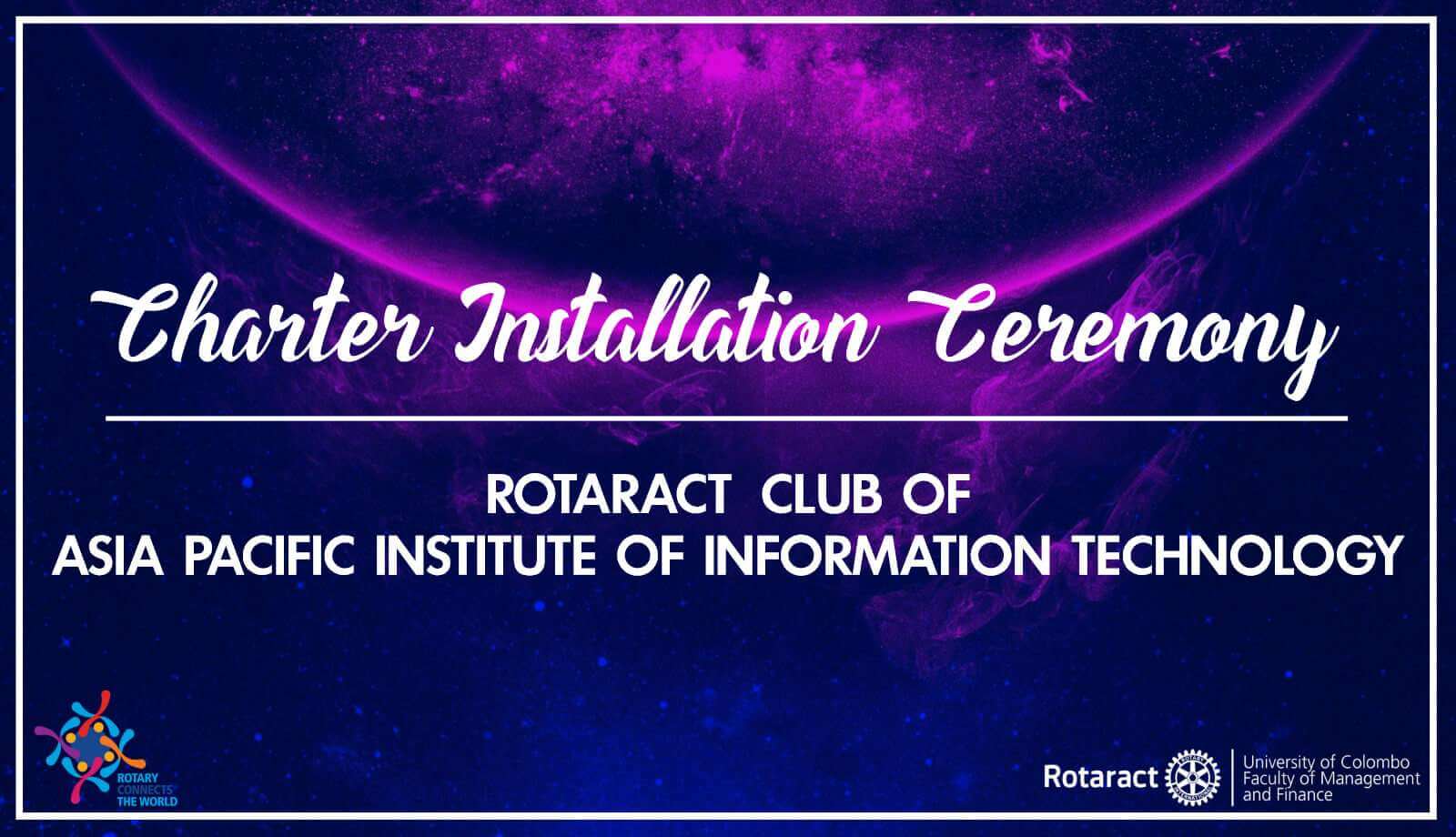 Posted at 01:57h in Installations, Others, Uncategorized by rcuocfmfadmin 0 Comments

The 1st Installation Ceremony of the Asia Pacific Institute of Information Technology (APIIT)  was held on the 9th of August 2019 at the DHPL Auditorium,Colombo. Rtr. Amanda Tennakon, Rtr. Melan Perera and Rtr. Hiruni Kapuge from RACUOCFMF joined hands with them to share their happiness and joy on their Charter Installation Ceremony. 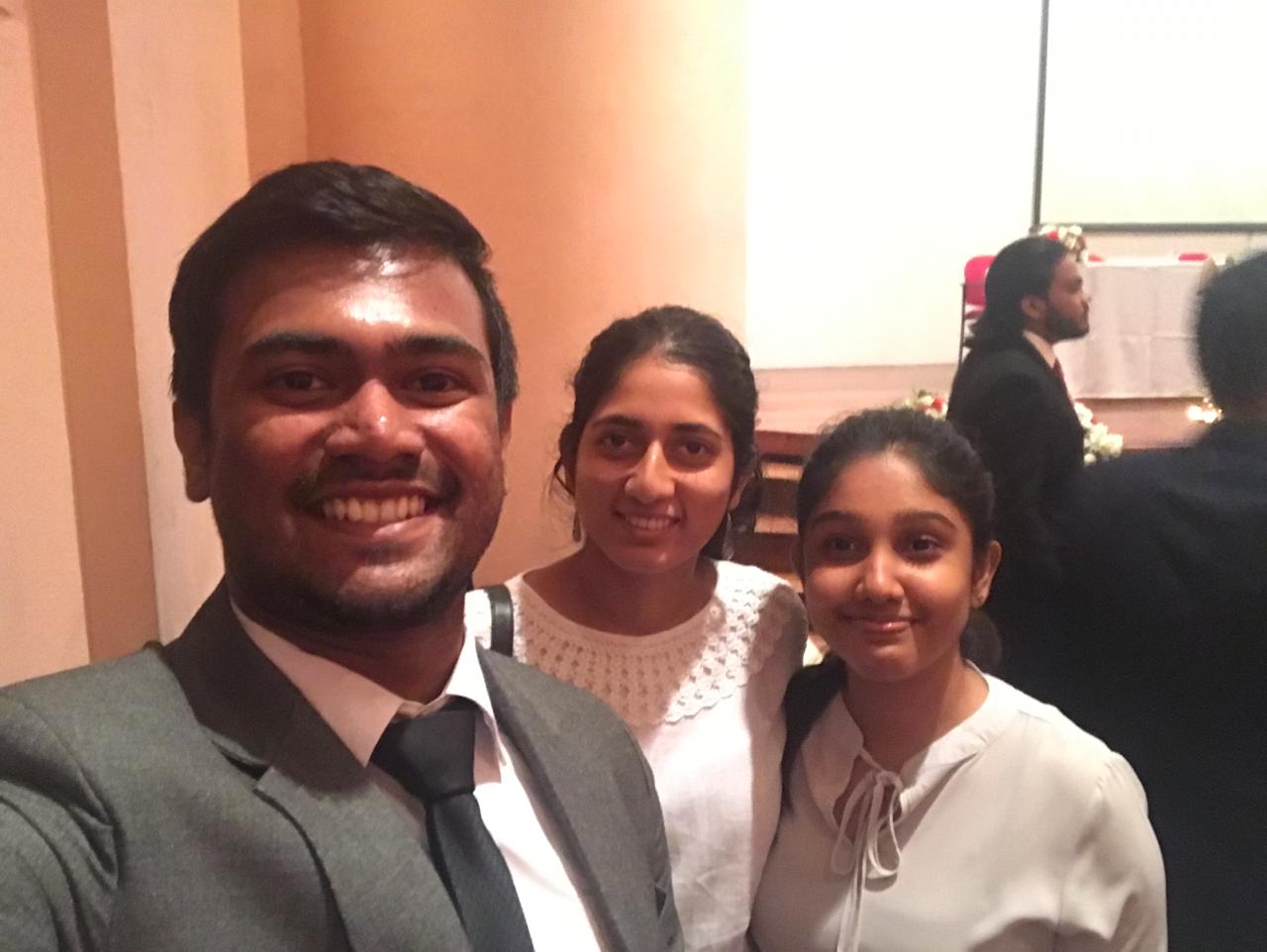 Before they took their respective seats at the head table, they were invited to the lighting of the traditional oil lamp to continue the evening. Then, Sergeant at arms Rtr. Dinura Ediriweera called the house to order which was followed by the National Anthem, Rotaract invocation, flag salutation, Four way test and Rotaract Song.

Youth Services Director of the Rotary Club of Colombo East Rtn. Muditha Premathilake welcomed the gathering mentioning the significance of "Charity” and wished the new members a great year ahead. Then the most special moment of the evening was brought to reality by the Guest of Honour, President of the Rotary Club Colombo east Rtn. Radhakrishnan as he collared the Charter President Rtr. Vinura Wijekoon. Then the event proceedings continued as the 1st ever President of Rotaract club of APIIT, Rtr.Vinura warmly welcomed the gathering. Next, he introduced his board for 2019/20.

Afterwards, District Rotaract Representative Rtr. PP. Kishan Balaji expressed his joy and gratitude by mentioning the Management of APIIT and the Charter President for taking up this great opportunity by chartering a new club. He wished the President and his Board the very best for their future endeavors. Then Mr. Vihanga jayasinghe, the Staff Advisor of the Rotaract club of APIIT confidently and delightfully delivered a speech which was followed by an entertainment item headed by Sangavy Thangasamy and Shenal Burkey.

Then Guest of Honor, President of the Rotary Club of Colombo East Rtn. Radhakrishnan addressed the gathering. This was followed by the address to the gathering by the Chief Guest for the evening, the Head of Academic Control and Quality Enhancement - Mr. Gamindu Hemachandra who shared some wonderful and encouraging words with all present and advised on how to move forward bravely facing challenges and taking up risks while doing one's best in future while avoiding mistakes.

Tokens of Appreciation were distributed by Rtr.Vinura Wijekoon to the distinguished guests for the evening and thereafter the floor was opened for felicitations where Rotaractors of all the clubs who participated that day congratulated the new Board and added well wishes to the Charter President and his Board for the upcoming year.

This memorable evening came to an end with the Vote of Thanks being delivered by the Secretary for the year 2019/20 - Rtr. Geethapriyan Sarveswaran. The Rotaract Club of University of Colombo, Faculty of Management and Finance (RACUOCFMF) would like to extend warm wishes to Rtr. Vinura Wijekoon and his Board for their upcoming journey they just embarked upon! 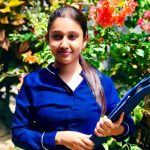