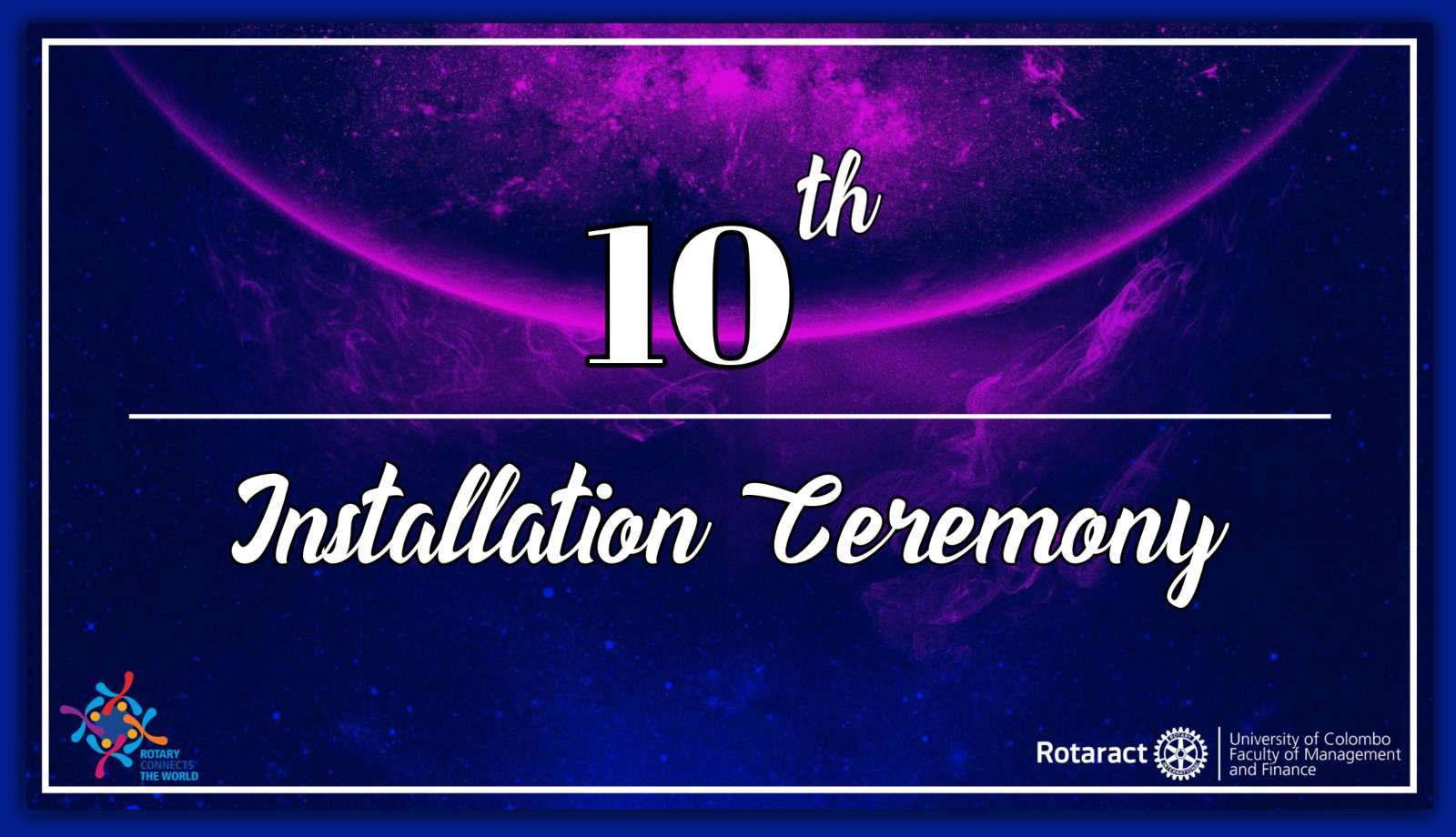 29 Sep 10th Installation Ceremony of the Rotaract Club of University of Colombo, Faculty of Management and Finance

It has been a decade since the Rotaract Club of University of Colombo, Faculty of Management and Finance (RACUOCFMF) was chartered, and is hence a special Installation Ceremony in our Rotaract Diary. This Installation holds a special place with a mix of emotions and joy in the hearts of both present and past members of RACUOCFMF.

The 10th Installation Ceremony of the Rotaract Club of University of Colombo Faculty of Management and Finance was held on the 17th of August, 2019 from 4.30 p.m. onwards at the Sports Ministry Auditorium, Colombo 7. The ladies of the club added glitter to the evening in pulsating shades of maroon, while the well-suited gentlemen looked simple yet smart. Everyone was hyped about the importance of the occasion in the Rotaract calendar.

To commence the proceedings, the traditional oil lamp was lit by the dignitaries and was followed by the Sergeant-at-Arms calling the house to order. This was followed by the Flag Salutation, Rotaract Invocation, Four-Way Test and the Rotaract Song, led by Rtr. Aloka Weerawardane. The gathering was warmly welcomed by the Project Co – Chairperson of the Installation Ceremony, Rtr. Nilasi Perera.

Next, the Outgoing Secretary, Rtr. Amandi Umagiliya presented the Secretary’s Report, reviewing the successful completion of the Rotaract year 2018/19. She proclaimed all the awards and achievements of the club and a short video clip was played which recapped the memories of the past year.

The Outgoing President, Rtr. Limashi Kosgodage then addressed the gathering. She made it an opportunity to thank and appreciate each and every individual behind her entire journey through Rotaract especially during her period as the President. This was followed by the presentation of Tokens of Appreciation to a few dignitaries. She also spoke of her most admired qualities of the Incoming President, Rtr. Shehani Leo, and her contribution to Rotaract, her passion as well as her love for the club and its members.

Next, Rtr. Lahiri Jayasekara, former Vice President of the Rotaract Club of the Faculty of Law, University of Colombo and the best friend of Incoming President Rtr. Shehani Leo, gave a very impressive introduction to our Incoming President. Starting off from their school time, she shared about the bond they have and also about some of the exceptional qualities of Rtr. Shehani Leo, such as her dedication, bravery, ambitiousness, cool attitude, humbleness, friendliness and also about her affection towards green life.

Then the most awaited and precious moment of the evening was marked with the Collaring, handing over of the Gavel and Charter Certificate to the President for the year 2019/20, Rtr. Shehani Leo by the Outgoing President Rtr. Limashi Kosgodage.

Next, Incoming President Rtr. Shehani Leo addressed the gathering. She thanked her mentors and friends in life for guiding and helping her throughout the journey and presented a very insightful and emotional speech, creating an impact in everyone’s heart. The Board of Directors for the year 2019/20 was then inducted and our President gave brief and interesting introductions to all the members of her Board.

The Executive Committee and the Board of Directors of RACUOCFMF, for the year 2019/20 is as follows:

The next event on the agenda took the audience by surprise, which was the re-launch of the Award Winning Blog of RACUOCFMF, conducted by Co-Editors Rtr. Aloka Weerawardhana and Rtr. Aamina Ismail. The Blog of RACOUCFMF with a new outlook and fresh features, was re-launched to commemorate the 10th year of service of the club was stepping in to and the 5th year since the Blog was initially launched.

Following the blog relaunch, the District Rotaract Representative Rtr. PP Krishan Balaji addressed the gathering with a motivational speech. He conveyed the message that while the journey towards success will be filled with obstacles, one shouldn’t be disheartened and should continue to have a fighting spirit. He congratulated the Outgoing Board on a job well done and wished Good Luck to the Incoming Board.

Next was the Speech of the Guest of Honor - Rtn. G. S. Sylvester. He emphasized on the importance of maintaining a good balance between education and the Rotaract journey, and as Rotaractors to always try to add value to their clubs as well as themselves. The audience was then treated with a musical item which was beautifully performed by Rtr. Kulani Salgado, Rtr. Nilasi Perera, Rtr. Dewmini Liyanage, Rtr. Yasindu Mendis and Rtr. Melan Perera.

The Chief Guest - Rtn. Irshad Halaldeen addressed the gathering, highlighting that he was fascinated about the number of members in the club, and was impressed about the mixture of skills and talents the board has, saying that this is what is needed in Rotaract. He also mentioned that he eagerly looks forward to seeing amazing projects being done by RACUOCFMF and that he will always be there to support the club's journey.

Following the address of the Chief Guest, was an address by Dulinda Perera, Founder of IKON, which was the Main Sponsor of the event. He spoke about the friendship he has with the Incoming President and the Incoming Secretary and that he believed they have the capabilities to set a standard and take the club to great heights. To align with the "Going-Green" concept, a succulent plant each was then given away as a Token of Appreciation to the dignitaries. Following this, the floor was opened for felicitations.

The 10th Installation Ceremony of the Rotaract Club of University of Colombo, Faculty of Management and Finance was concluded with the Vote of Thanks presented by Incoming Secretary, Rtr. Piyumi Abeywardhana. The attendees then gathered for refreshments.

We, as the members of RACUOCFMF, would like to wish our President Rtr. Shehani Leo and her Board of Directors for a successful year and we pledge to fulfill our duties to our best of abilities for the betterment of the club. 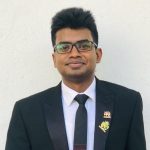