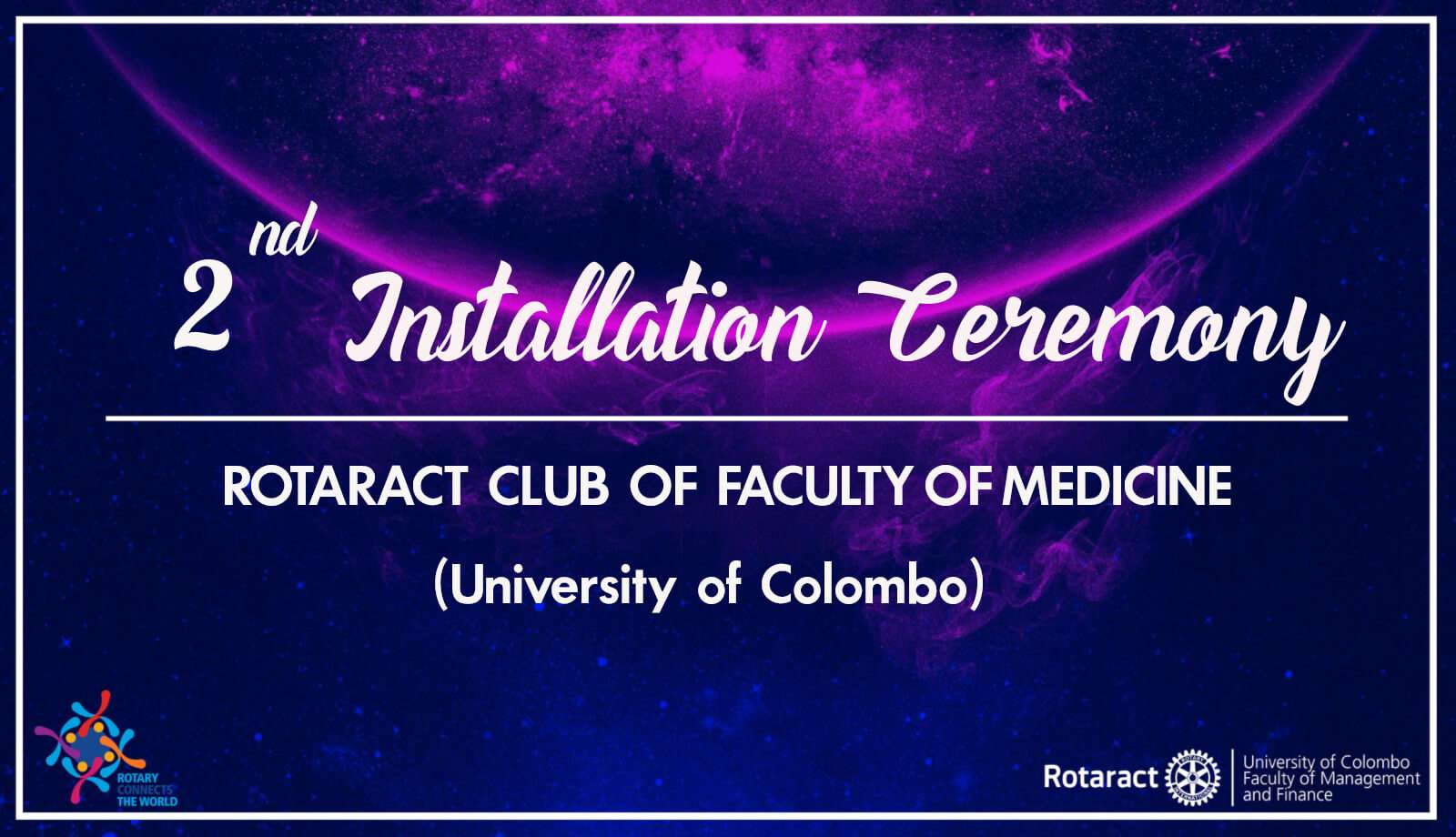 12 Sep 2nd Installation Ceremony of the Rotaract Club of Faculty of Medicine, University of Colombo

Posted at 18:59h in Installations, Others, Uncategorized by rcuocfmfadmin 0 Comments

The 2nd Installation Ceremony of the Rotaract Club of Faculty of Medicine, University of Colombo was held on 15th of August 2019 at the Faculty Main Hall with the participation of many Rotarians, Rotaractors and other distinguished guests. Rtr. Piyumi Abeywardhana represented RACUOCFMF at the ceremony. 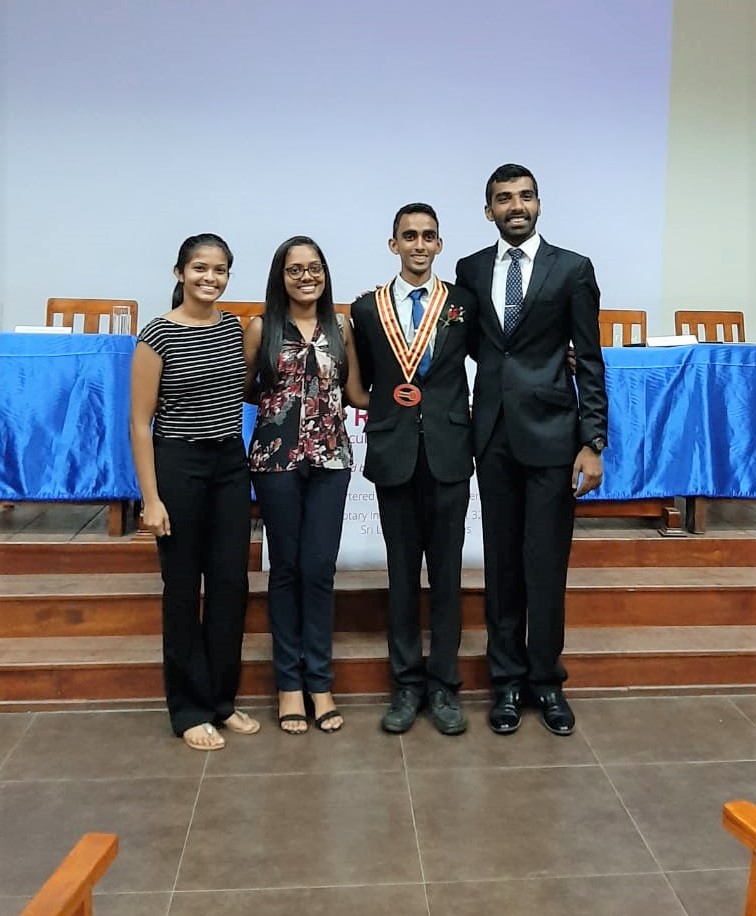 The Ceremony officially commenced with the lighting of the oil lamp after which the Sergeant at Arms called the house to order. This was followed by the conventional formalities; The Rotaract Pledge, Invocation, 4 Way Test, Flag Salutation and the Rotaract Song.

After Rtr. Thanuja Kotawalagedara warmly welcomed everyone, the Outgoing Secretary’s report was delivered by Vice President Rtr. Viduranga Wijerathne and it revealed that they had carried out 24 projects during the past year. Following the address to the gathering by the Guest of Honor for the evening, Dean of the Faculty of Medicine - Professor Jennifer Perera, the Outgoing President Rtr. Tushani Ranawaka took the stage to address the gathering. The Outgoing Board of Directors and Past District Members were recognized for their invaluable contribution towards the club’s journey. Next, Rtr. Sachith Munasinghe was collared as the Club President for the year 2019/20 and he then proceeded to address the gathering. In conclusion he gladly introduced his Board of Directors for the year 2019/20.

The Executive Committee and Board of Directors for 2019/20 are as follows:

Afterwards, the District Rotaract Representative PP. Rtr. Krishan Balaji, Co-District Committee Chairperson Rtn. Sohan Perera and the Chief Guest, Youth Services Director of the Rotary Club of Colombo North - Rtn. Asoka Pieris shared a few words of invaluable advice relevant to all of us and delightfully wished the newly appointed board the best of luck! Then, the gathering was treated to a beautiful rendition of “Raa Ahasin” performed by the talented club members.

In conclusion, the house was called to order for refreshments and fellowship. It was indeed a pleasure for the Rotaract Club of University of Colombo, Faculty of Management & Finance (RACUOCFMF) to be part of this occasion and would like to extend its warm wishes to Rtr. Sachith Munainghe and his Board of Directors for an outstanding year ahead. 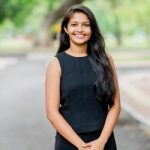