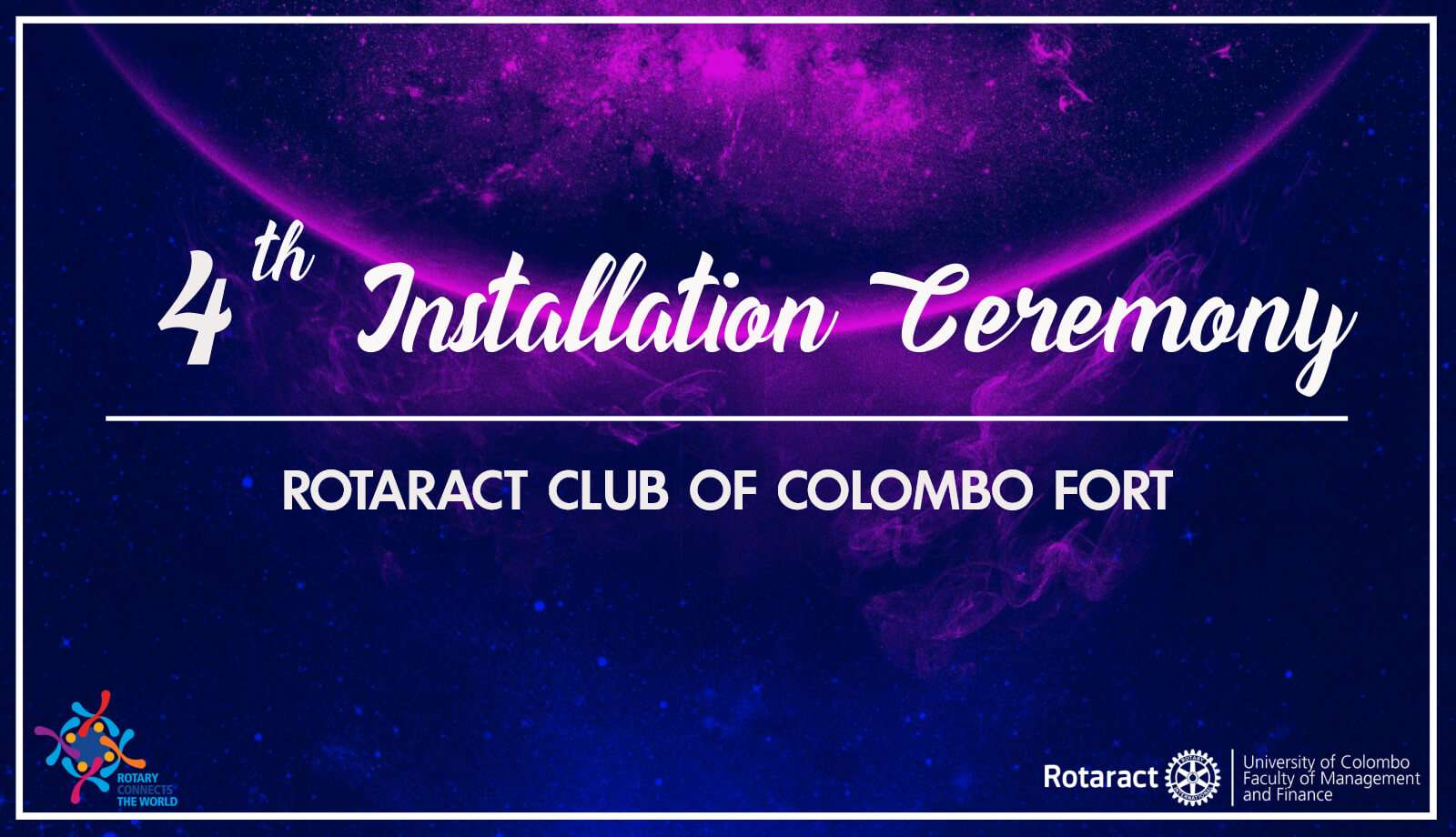 Posted at 13:52h in Installations, Others, Uncategorized by rcuocfmfadmin 0 Comments

The 4th Installation Ceremony of the Rotaract Club of Colombo Fort was held on the 10th of August at the DHPL Auditorium from 6.30 p.m onwards. Rtr. Dineth Perera and Rtr. Thisanka Nishshanka represented RACUOCFMF at the Installation. 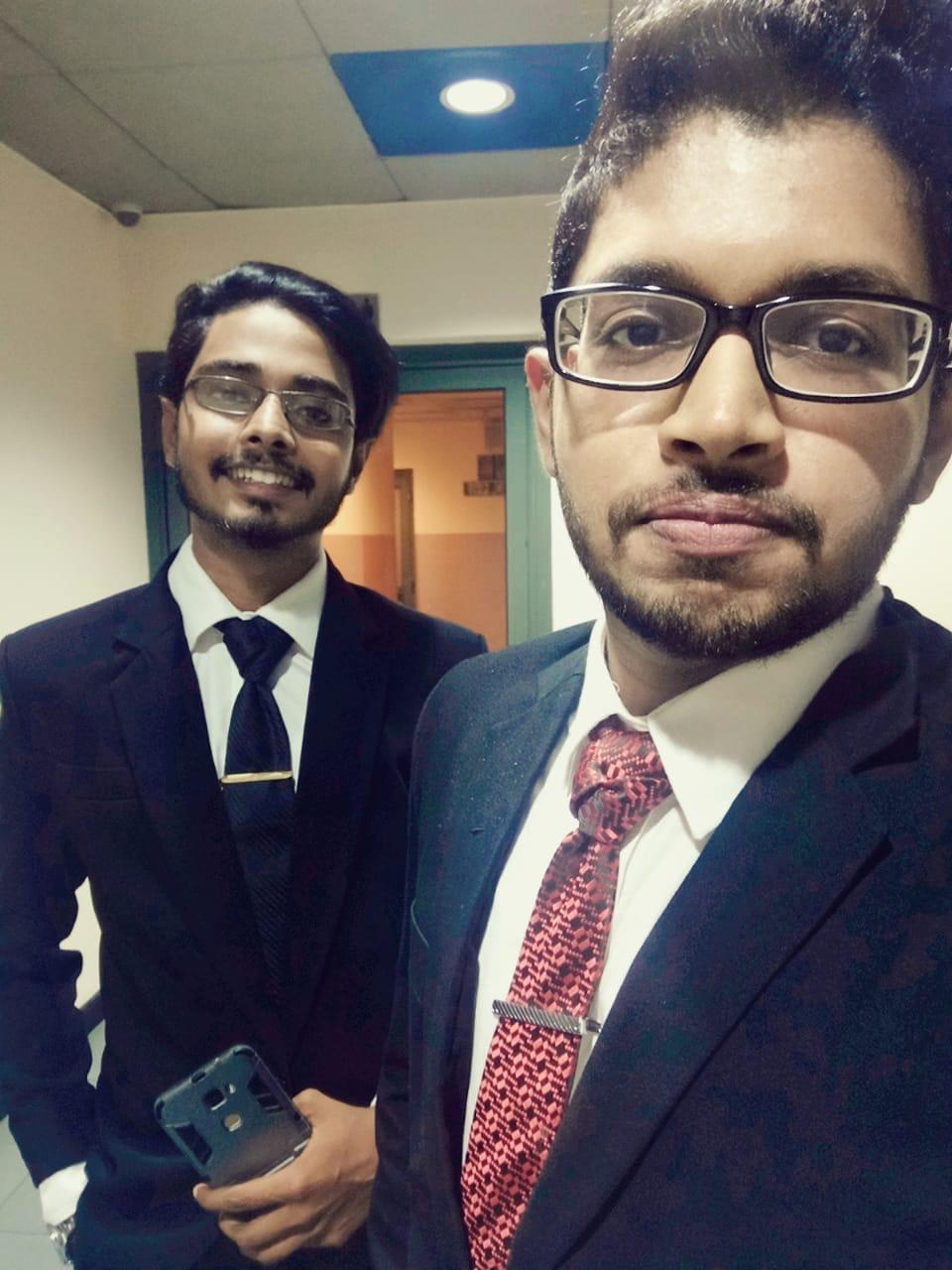 The Ceremony officially commenced with the lighting of the oil lamp, after which the Sergeant at Arms called the house to order. This was followed by the conventional formalities; The Rotaract Pledge, Invocation, 4 Way Test, Flag Salutation and the Rotaract Song. Rtn. Anne Marlies Van De Burg, President of the Rotary Club of Colombo Fort graced the occasion as the Chief Guest.

After warmly welcoming everyone, the Outgoing Secretary Rtr. Tazneem Carimjee delivered the Secretary Report for the year 2018/19 to the audience. She extended her gratitude to all individuals who had supported her in her journey and helped her win “The Spirit of Service” award at the 29th Rotaract District Assembly Awards. A short video clip that was played afterwards revealed that they had carried out 21 projects under the theme “Engage, Educate & Empower”.

Next, the Outgoing President Rtr. Rtr. Seshadri Nithyananthan, took the stage to address the gathering. She appreciated everyone who had been a continuous source of inspiration and a major helping hand and was glad about being able to push boundaries even as a community based club with relatively small membership. Following the distribution of tokens of appreciation to such key individuals, Rtr. Shareek Osman, introduced the Incoming President Rtr. Nazmi Mahamood.

In his address to the gathering he shed light on the club’s new theme for the year 2019/20 which is “Relate, Love & Inspire”. Rtr. Nazmi proceeded to emphasize on the fact that we needed more love in this world where hate and suffering is easily found and hence if we learn to relate to each other more, love a little more we could inspire those around us more. His words also gave us a reminder about how important it is to think twice or more before we act. In conclusion he gladly introduced his Board of Directors for the year 2019/20.

The Executive Committee and Board of Directors for 2019/20 is as follows,

District Rotaract Representative Rtr. PP. Krishan Balaji started off his speech by appreciating the audience for being present at the Installation ceremony even after attending another one in the morning on the same day. He then went to say “Tonight we are young, so let’s set the world on fire by burning brighter than the sun”. Further he compared the Rotaractors of Colombo Fort to the “Avengers” by stating that they too were a bunch of different individuals who when formed one unit could achieve even the impossible. Congratulating the club for continuously achieving milestones under Rtr. Seshadri fondly known as Sesha, he concluded with his usual saying, “We are always more powerful than we believe ourselves to be.” The Co District Committee Chairperson Rtn. Sohan Perera and the Chief Guest for the evening too added their well wishes and shared a few words of advice on taking the club to greater heights while admiring the club’s commendable journey so far.

In conclusion, the house was called to order for refreshments and fellowship. It was indeed a pleasure for the Rotaract Club of University of Colombo, Faculty of Management & Finance (RACUOCFMF) to be part of this occasion and would like to extend its warm wishes to Rtr. Nazmi Mohammed and his Board of Directors for another fantastic year ahead.