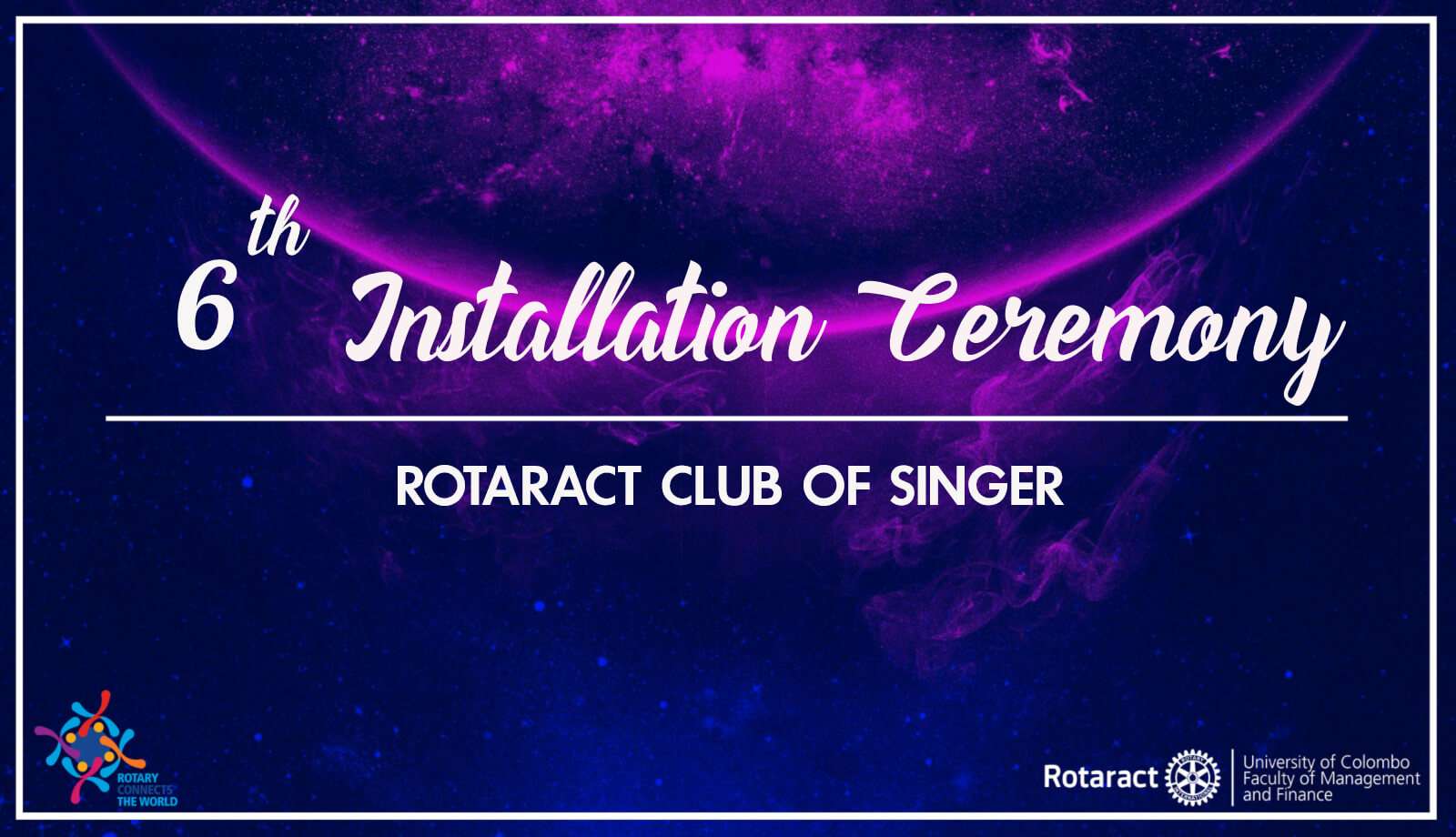 Posted at 18:34h in Installations, Others, Uncategorized by rcuocfmfadmin 0 Comments

The 6th Installation Ceremony of the Rotaract Club of Singer Sri Lanka was held at the Singer Sri Lanka Head Office Conference Hall, on the 13th of August 2019 from 6 p.m. onwards. Rtr. Tishani Ranawana was present to extend fellowship at the Installation, on behalf of RACUOCFMF. 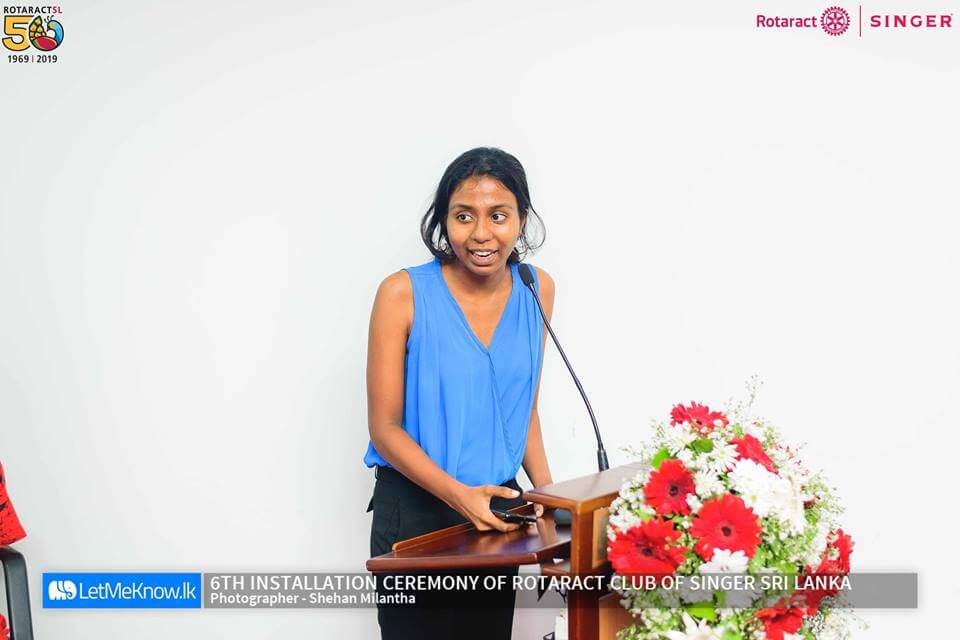 The ceremony commenced respecting the traditional roots by lighting of the oil lamp and inviting the dignitaries to the head table, and the Sergeant at Arms calling the house to order. This was followed by the usual formalities; The Rotaract Pledge, Invocation, 4 Way Test, Flag Salutation and the Rotaract Song. After the project Chairperson kindly welcomed everyone, the Outgoing Secretary Rtr. Mandakini Samarasinghe delivered the Secretary Report for the year 2018/19 to the audience.  A video was showed afterwards showcasing the projects they had carried out within the year.

Next, the Outgoing President Rtr. Ragunath Karunamoorthy, came on stage to address the audience. He remarked and appreciated everyone who assisted him throughout his journey from the beginning, especially his parents and Board of Directors who were his support system throughout the Rotaract year. As his last words were voiced out as the President of the Rotaract Club of Singer, Rtr. Milinda Weththasinghe was collared as the Club President for the year 2019/20. Rtr. Milinda then addressed the gathering where he quoted the great John C. Maxwell who once said, “Leadership is not about titles, positions or flowcharts. It is about one life influencing another”. He then proceeded to introduce his Board of Directors for the year 2019/20.

The Executive Committee and Board of Directors for 2019/20 are as follows :

Then District Rotaract Representative Rtr. PP. Krishan Balaji addressed the audience and in his speech he mentioned the importance of Rotaract Clubs in the corporate sector. Next was the speech by Co-District Rotaract Committee Chairperson Rtn. Sohan Perera. He highlighted the importance of serving the community as Rotaractors. Then it was the speech from the key note speaker for the evening, Mr. Jehan Mubarak which was followed by the speeches of the Chief Guest of the event - Rtn. PHF Asoka Peiris and the Guest of Honor– Mr. Mahesh Wijewardene . They shared a few thoughts of valuable guidance relevant to all of us and concluded their speeches by wishing the Board of Directors Good Luck.

The evening came to an end with the stage being opened for felicitations followed by the Vote of Thanks by Rtr. Sathya Garusinghe, Secretary for the year 2019/20. In conclusion, the house was called to order for refreshments and fellowship.

It was indeed a delight for the Rotaract Club of University of Colombo, Faculty of Management & Finance (RACUOCFMF) to be part of this occasion and would like to extend its warm wishes to Rtr. Milinda Weththasinghe and his Board of Directors for yet another successful year ahead.