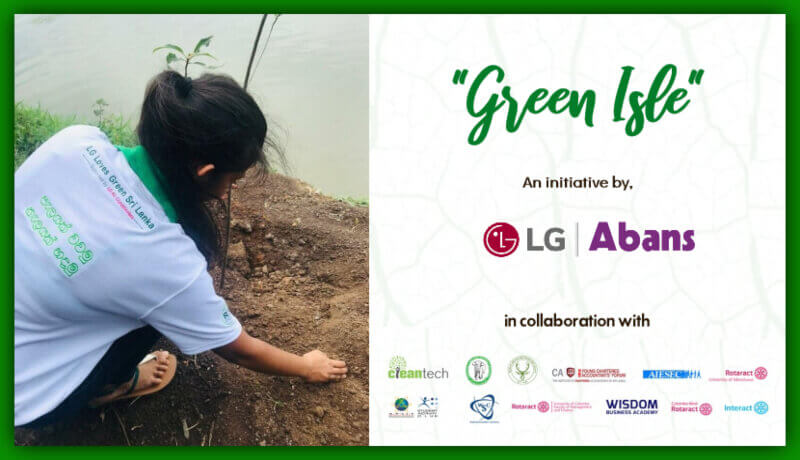 There was a time back in the early 90’s when over 50% of Sri Lanka was covered in a thriving forest ecosystem. With human settlements, almost a century later, more than half of this forest cover has been wiped out – contributing to a growing problem of deforestation.

The rate at which we are losing our forest reserves puts us at the 4th position of countries with the highest rate of deforestation, according to The World Food and Health Organization.

With deforestation comes habitat loss, that threatens endemic species with extinction. Sri Lanka, being a biodiversity hotspot have already driven many endemic species into the distressing Global Red List of Threatened Species. A reversal of destruction caused to the environment by humans was long overdue.

Taking all data into consideration, LG Abans took up on an ambitious project called the “Project Green Isle” through which a forest cover is expected to be rebuilt in the Bellanwila-Attidiya Sanctuary. Abans expects to restore the ecological value of this sanctuary which is home to over 150 bird species, and 20 species of mammals including many endemic and endangered species such as the subspecies of the Purple-faced Leaf Monkey. 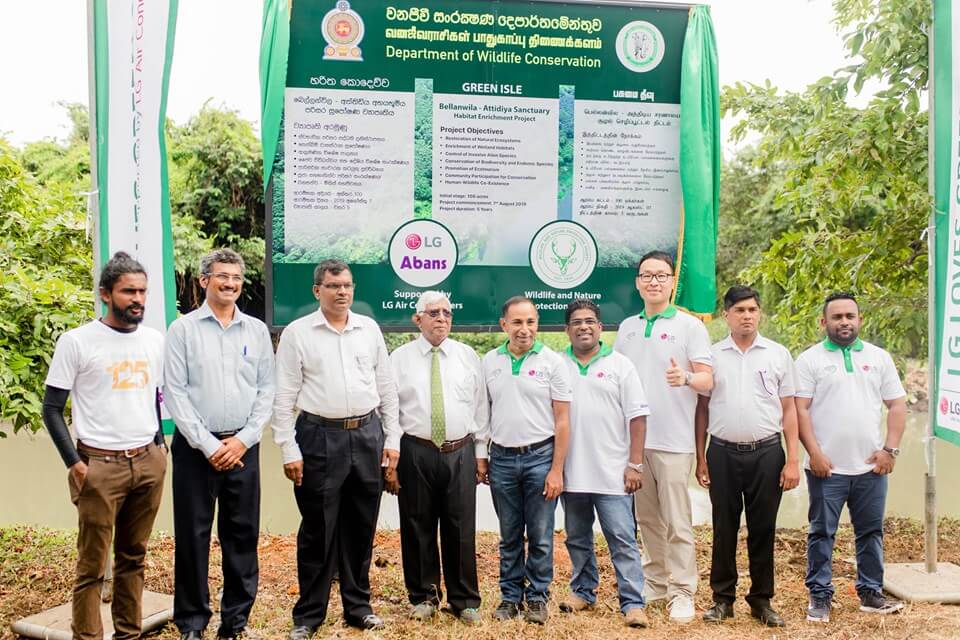 This 5-year Project is valued at 5 Million Rupees and will be funded through the proceeds of the LG R32 Air Conditioner - Sri Lanka’s first Green Inverter Air Conditioners with Wi-Fi technology.

8 members of our club took part in the first phase of the project on the 7th of August where 300 trees were planted. After a long drought, this event was blessed with showers that the CEO of Abans considered as a good sign and blessing from nature. Many dignitaries and guests graced this occasion by planting a tree and showing their commitment to save our forests in a warming world. 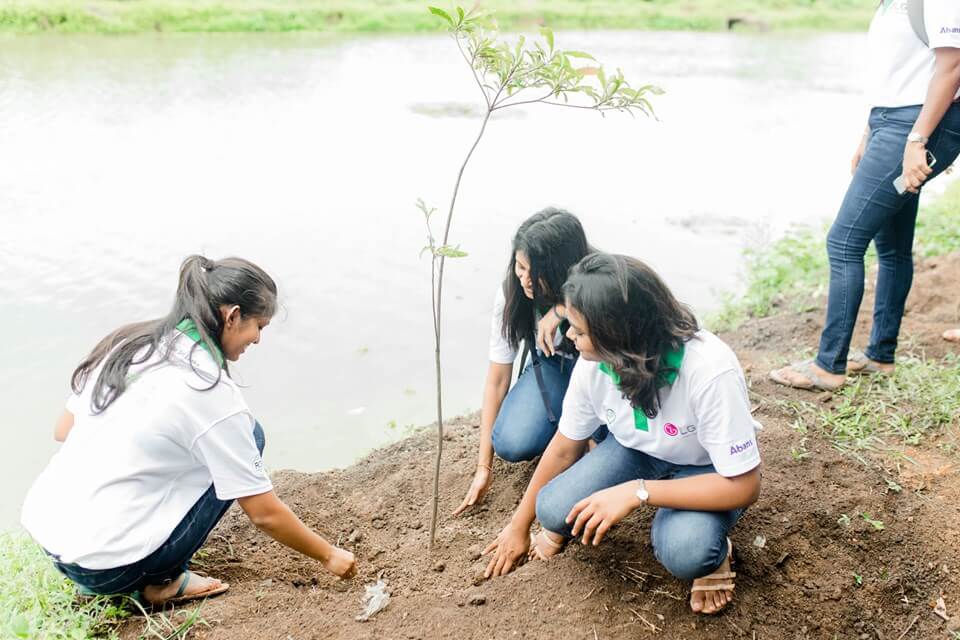 The presence of many young volunteers at the Project Green Isle under the guidance of corporate and institutional leaders, was a positive sign for a greener Sri Lanka.

Here's a glimpse of the event;

It truly was a pleasure for us to be be part of the "first of many steps for a Greener Tomorrow" initiated by LG | Abans. 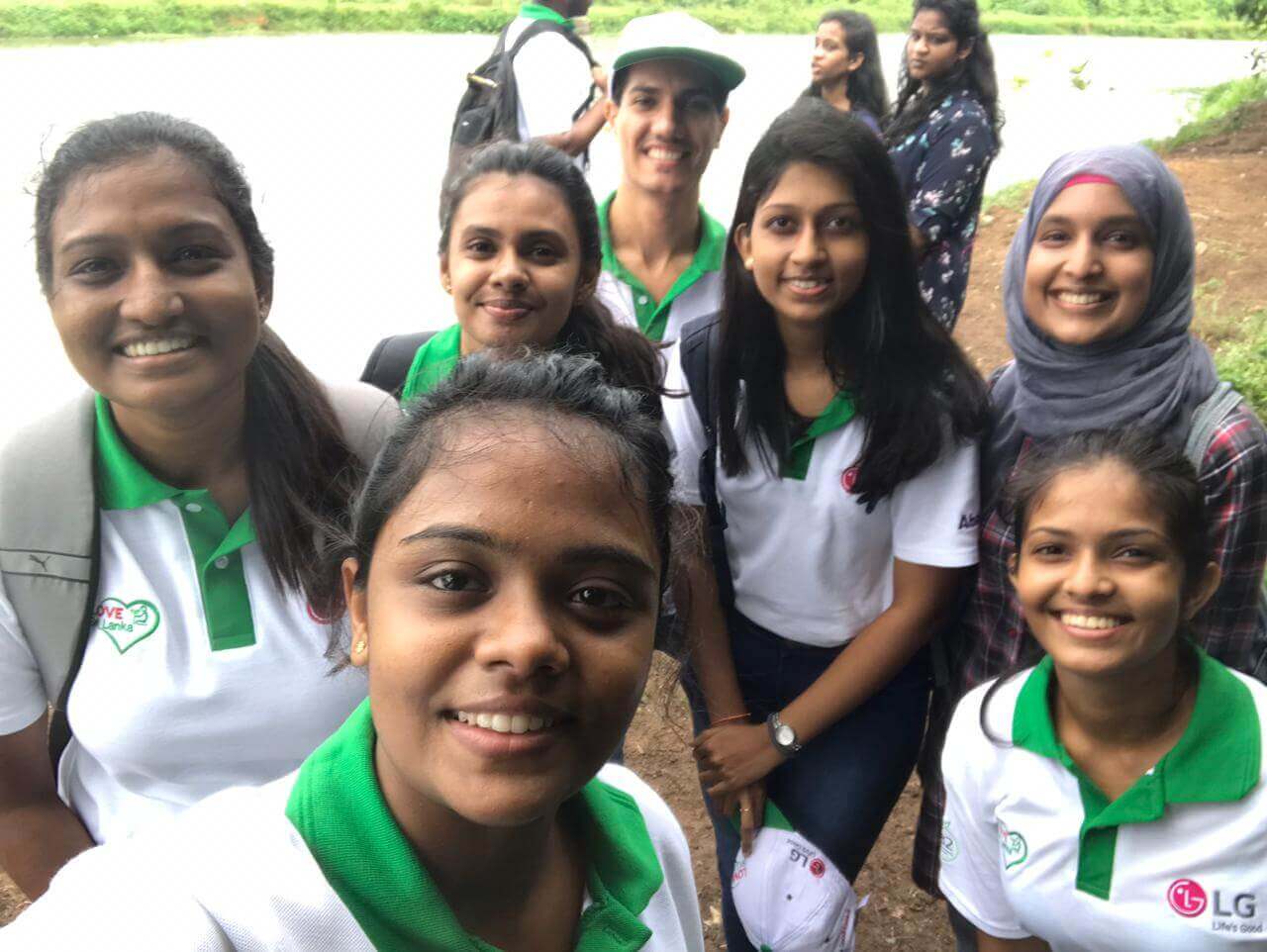 Mother Nature,
we hear you say,
"Stand now, Stand by me"
and we promise
we'll stand by you
for an eternity.