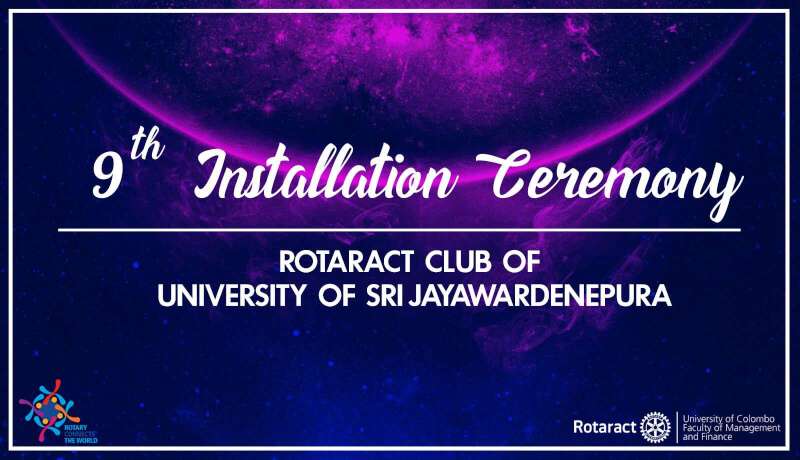 Posted at 23:06h in Installations, Others, Uncategorized by rcuocfmfadmin 0 Comments

The 9th Installation Ceremony of the Rotaract Club of University of Sri Jayewardenepura was successfully held on the 16th of August 2019, at the Science Auditorium, Faculty of Applied Sciences, University of Sri Jayawardenepura. Rtr. Shehani Leo and Rtr. Ravindu Jayakody were present on behalf of RACUOCFMF to witness this new beginning and the Installation of President Rtr. Vidushith Jayasundara and his Board, for the Rotaract year 2019/20. 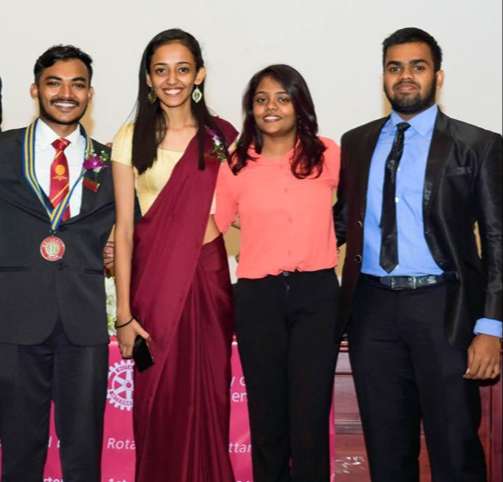 Next, the Chairperson of the Installation Ceremony - Rtr. Supuni Aluthge warmly welcomed and addressed the gathering. The Outgoing Secretary Rtr. Saranga Madurusinghe then presented the Secretary’s Report for the Rotaract year 2018/19, mentioning the various projects performed by the club, and the special recognition received for the projects such as YES 2019, at the District Rotaract Assembly for the year 2018/19.

Then, Outgoing President Rtr. Oshani Singapuliarachchi addressed the gathering. She highlighted the experience during the past year and added well wishes to the Incoming Board Members. The Incoming President was then introduced by Rtr. Keashan Wijayasinghe, followed by the collaring and handing over the gavel to the Incoming President, Rtr. Vidushith Jayasundara. Then, the gathering was addressed by him and he emphasized his new hopes for the upcoming year and introduced his Board of Directors for the Rotaract year 2019/20.

The Executive committee and the Board of Directors for 2019/20 is as follows:

Next on the agenda were the speeches by District Rotaract Representative PP. Rtr. Krishan Balaji, District Chairman Special Projects - Rtn. PP. G.S. Sylvester, Chief Guest - Prof. Sampath Amarathunga and Guest of Honor - Rtn. Nelu Fernando. The Tokens of Appreciation were then presented by the Incoming President Rtr. Vidushith Jayasundara, to the dignitaries of the event. The event  successfully concluded with the felicitations by the fellow club members, followed by the Vote of Thanks, which was delivered by the Incoming Secretary Rtr. Dulani Bandulahewa.

The Rotaract club of University of Colombo, Faculty of Management and Finance (RACUOCFMF) extends its Heartiest Congratulations to IPP. Rtr. Rtr.Oshani Singapuliarachchi and her Board for completing a successful year and wishes the Best of Luck to the newly appointed President Rtr. Vidushith Jayasundara and his Board of Directors for a successful upcoming year!