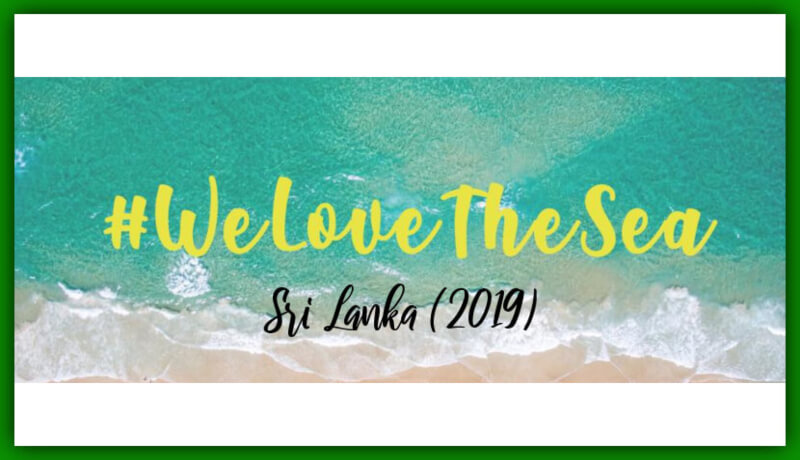 It was 7.00 a.m on a Sunday morning when a bunch of effervescent young individuals gathered to make an impact by making sure the next generation is not denied the essence of nature’s beauty, where land meets the sea, a place which takes you to a world of serenity. The change makers came to save the beaches of Sri Lanka.

Pollution has continued to be a poignant issue in Sri Lanka, especially at our main tourist attractions. Yes, the first place that ran through your head when you read that was the beautiful beach surrounding our motherland! RACUOCFMF, alongside other Rotaract Clubs as the energetic, impactful future leaders of Sri Lanka took forth a step in volunteering  for the project "We Love the Sea" as part of the Global Ocean Clean-up Day.

We are all aware about the number of decades plastic takes to degrade. The situation is disastrous. Yet regardless of the increase in awareness on global warming and ocean pollution, a certain sector of the population has yet the mind-set of polluting wherever they visit or stay to mark their presence.

The clean-up, headed by the Rotaract Club of Colombo Mid Town, was done along approximately 2 kilometres of the the coastal stretch from Wellawatte to Dehiwala. The garbage collection was planned in a methodical manner, where each type of waste matter was given a separately labelled set of garbage bags, and each member was provided with a pair of gloves.

Rain started pouring down heavily upon us, within half an hour from commencing, would've been nature’s way of saying "have a break now". All the participants took shelter beside the cabanas on the beach until the rain ceased for us to proceed with the project. During our short stay with the dwellers in that area it was taken into notice that the waste that washes up on to the shore is not thrown in entirely by them but mostly by the vehicles that go past the bridge adjoining the Wellawatte, who dump bags of garbage into the sea. This we believe is an issue to be addressed at large.

The clean-up came to an end by 11.30 a.m, and it was time to call up the CMC Truck to take away the garbage (roughly amounting from 50 to 60 garbage bags!) and dump it where it rightfully belongs. 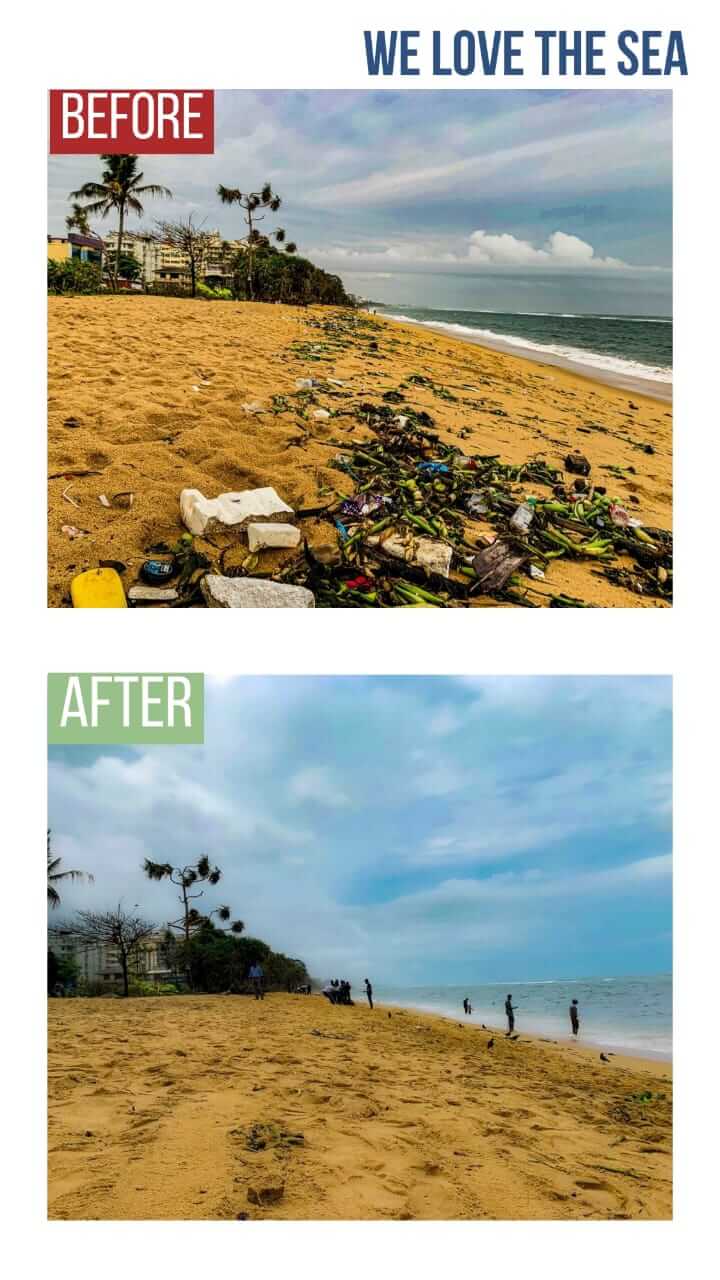 A satisfying comparison of the scenes few hours apart.

2 days before this beautiful and fulfilling Sunday too – on the 13th of September, a few members from our club along with our comrades made the same pledge at the “Casuarina Beach” in Karinagar, Jaffna. While gazing at the stunning blue waters, it did not take us long to realise that this nature’s piece of pure splendour was named after the signature trees lined along the beach - Casuarina Trees!

The clean-up was headed by our comrades from the Rotaract Club of Chunnakam who extended a warm helping hand in making it a success. As our efforts came together, the trash on the beach came together too while we collected and aptly disposed them as instructed and eventually the sandy shores looked brighter. A massive “Thankyou” goes out to our fellow friends in the North for their hospitality and support in making our stay at Jaffna one of the most memorable and worthwhile ones! As we left the beach that was cleaner than it was when we entered, we silently and sincerely hoped that our fellows Sri Lankan’s would join hands with us in maintaining this beauty.

The clean-ups were a true showcase of the synergy of volunteerism and teamwork as we enjoyed the tough but rewarding task at hand. The participants not only made a positive impact towards the environment but also made sure they added value to themselves through their altruistic behaviour - the belief that the well-being of others is equally, if not, more important than the well-being or survival of oneself. The country is in need of good leaders and there is no better platform to create leaders than by volunteering.

It was indeed a pleasure for the Rotaract Club of University of Colombo, Faculty of Management and Finance (RACUOCFMF) to collaborate with RAC Colombo Mid Town, RAC Colombo West, RAC Achievers Lanka Business School, RAC ACBT,RAC SLIIT in making this project a success. Also, kudos! to our very own project chairs Rtr.Dewmini Liyanage and Rtr.Kisal Sooriyaarachchi for making this event a success. 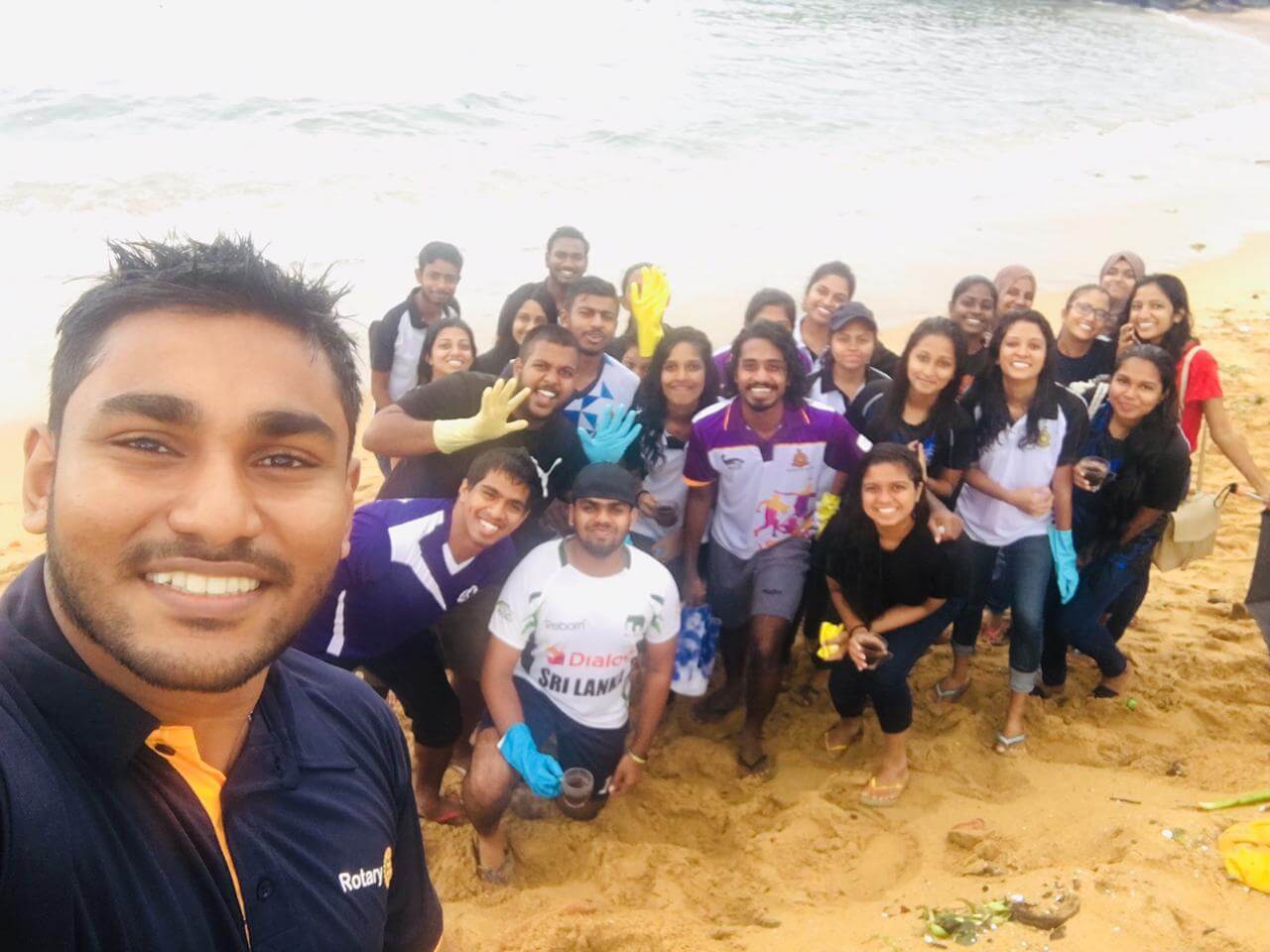 RACUOCFMF at the Wellawatte
Beach Clean-up 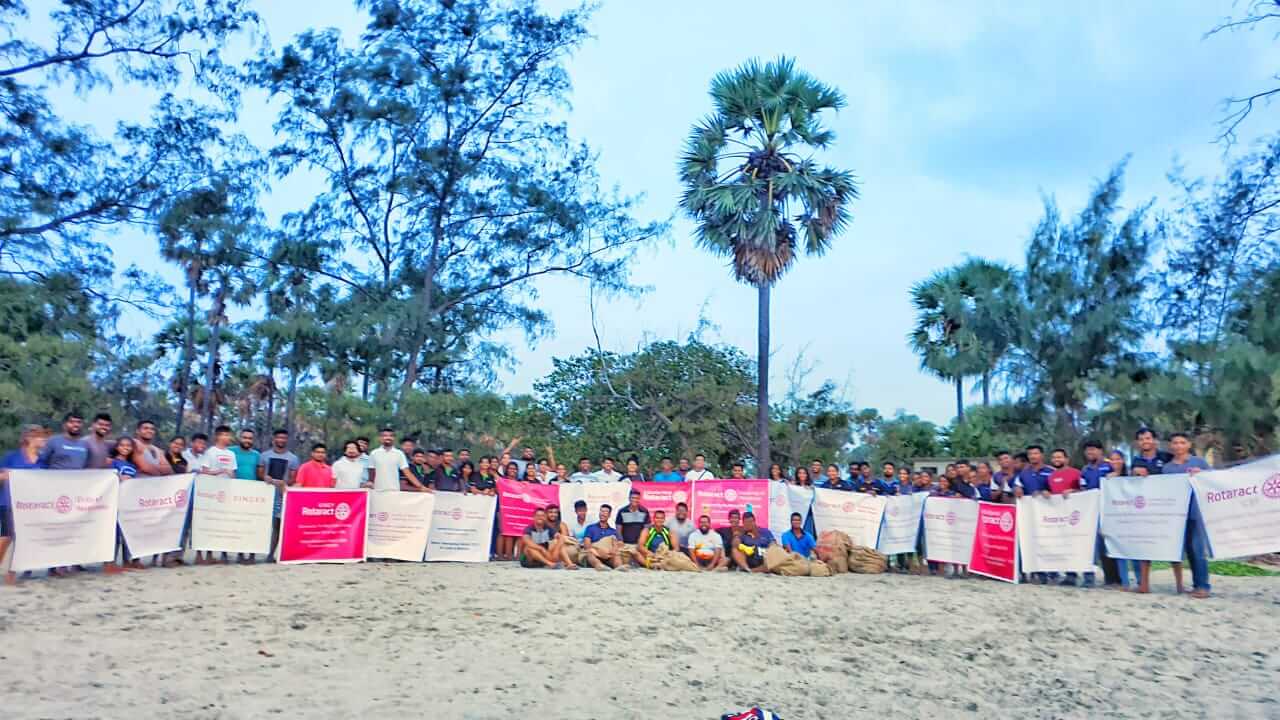 Rotaractors at the Jaffna
Beach Clean-up

On a concluding note it can be said that,
“We as citizens are responsible to manage waste in an efficient way and should make a note that, the treasures, the beauties, and the scenic landscapes of mother nature are to be left the same way as it were handed over to us - Take only the memories and leave only your footprints behind” 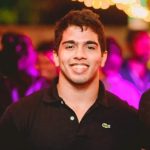