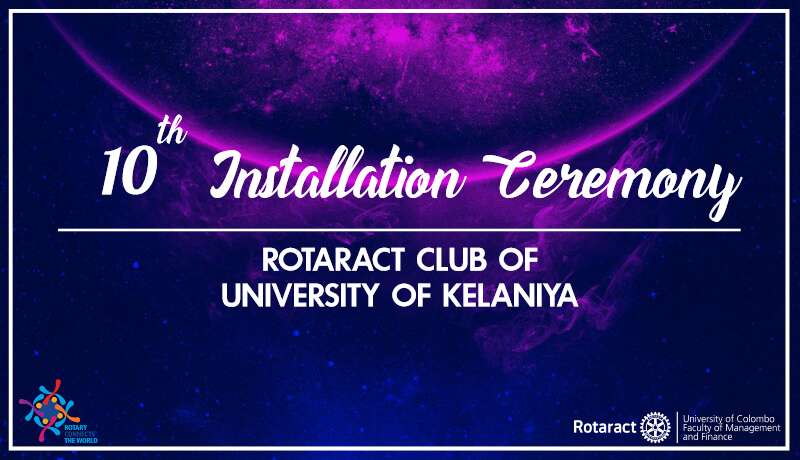 Posted at 11:14h in Installations, Others, Uncategorized by rcuocfmfadmin 0 Comments

"A journey of a thousand miles must begin with a single step."

A single step taken by a certain group of legendary young undergraduates from the University of Kelaniya, 9 years back, is what evidently has led to a long and successful journey which is to be continued. The 10th Installation Ceremony of the Rotaract Club of University of Kelaniya was successfully held on the 21st of September 2019 at the Lighthouse Auditorium and Lawns, Colombo 07 and this marked yet another remarkable and hopeful start for the Club. 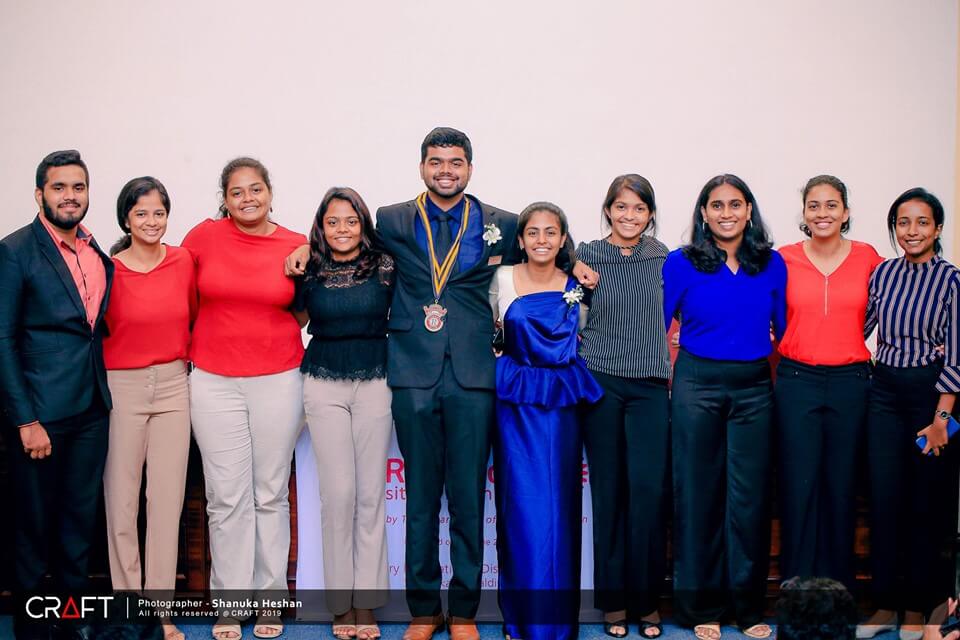 Official proceedings commenced with the Chief Guest and the dignitaries being warmly welcomed which was followed by the lighting of the traditional oil lamp. The following dignitaries were invited to take their seats at the head table. The District Rotaract Representative Rtr. PP. Krishan Balaji, Chief Guest Vice President of the Rotary Club of Colombo Uptown Rtn. Shaheed Cader and Guest of Honour for the evening Co-District Rotaract Committee Chairperson Rtn. Sohan Perera, President for the year 2018/2019 - Rtr. Senura Jayaweera, Secretary for the year 2018/2019 - Rtr. Minduli Welagedara and the President for the year 2019/2020 - Rtr. Rivi Wijeratne.

The Ceremony was called to order by the Vice President and Sergeant at Arms 2019/2020 – Rtr. Ishanka Suriyaarachchi and was followed by the Rotaract Invocation, Flag Salutation, Four-Way Test and the Rotaract Song. The gathering was then formally welcomed by Rtr. Navindu Manchanayaka and Rtr. Sakuni Thilakarathne.

This was followed up by the Secretary’s Report for the year 2018/2019 being presented by Rtr. Minduli Welagedara who made it an opportunity to recall the remarkable memories of the past year. This report shed light on the fact that the Club had successfully executed 25 projects. A creative video clip which included cherished moments and memorable photographs from each project conducted in the year 2018/2019, was then played.

Next the Outgoing President, a key player responsible for making the 9th year a success, Rtr. Senura Jayaweera addressed the gathering and he was grateful to the members for being with him and helping him to achieve his goals during the year. He also did not forget to appreciate the members who worked with utmost commitment during the year. He individually thanked everyone including his Board of Directors.

Rtr. Vidushith Jayasundara, the President of the Rotaract Club of University of Sri Jayawardenepura who also turned out to be a best friend and schoolmate of Rtr. Rivi Wijeratne, introduced him as the Incoming President. This was followed by a small presentation that quite interestingly and hilariously showed the audience the multiple and unexpected sides to the Incoming President’s personality. 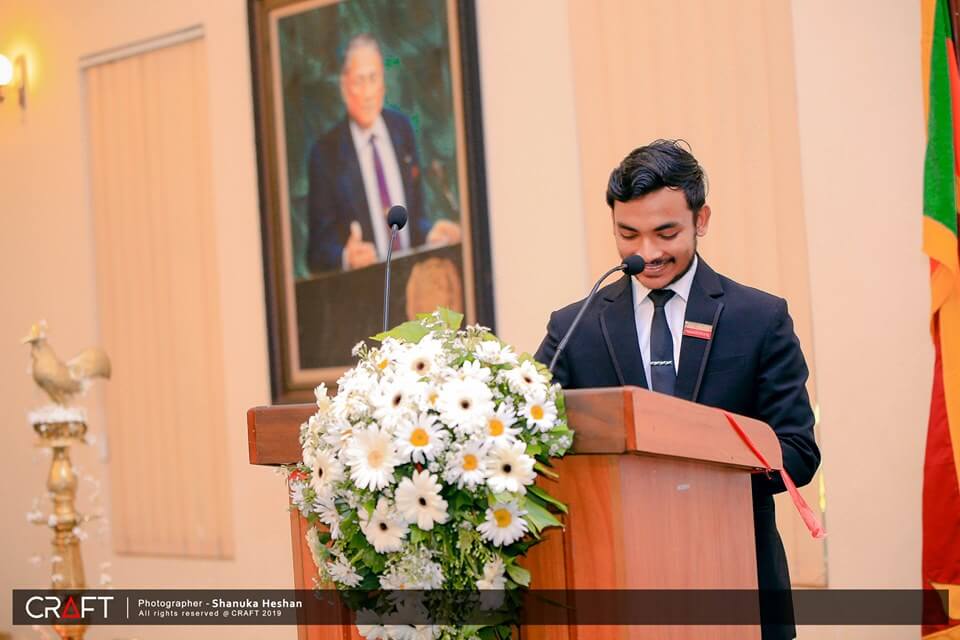 Afterwards, the  Outgoing President Rtr. Senura Jayaweera officially handed over the duties and responsibilities of the Rotaract Club of University of Kelaniya by collaring Rtr. Rivi Wijeratne as the 10th President.

Then he was given the chance to address the gathering. In his speech he thanked all the individuals who had supported him to reach a position like this. He further mentioned that “As Rotaractors, we should make our world a better place to live and follow all the possible ways to achieve our dreams. Then one day when we look back, we realize all the good things that we have done as Rotaractors and this year will be an unforgettable year for RACUOK with my team.”

The Executive Committee and Board of Directors for the year 2019/2020 are as follows;

Once the board was introduced, the Club’s new website was launched making their 10th Installation a significant and memorable one indeed. 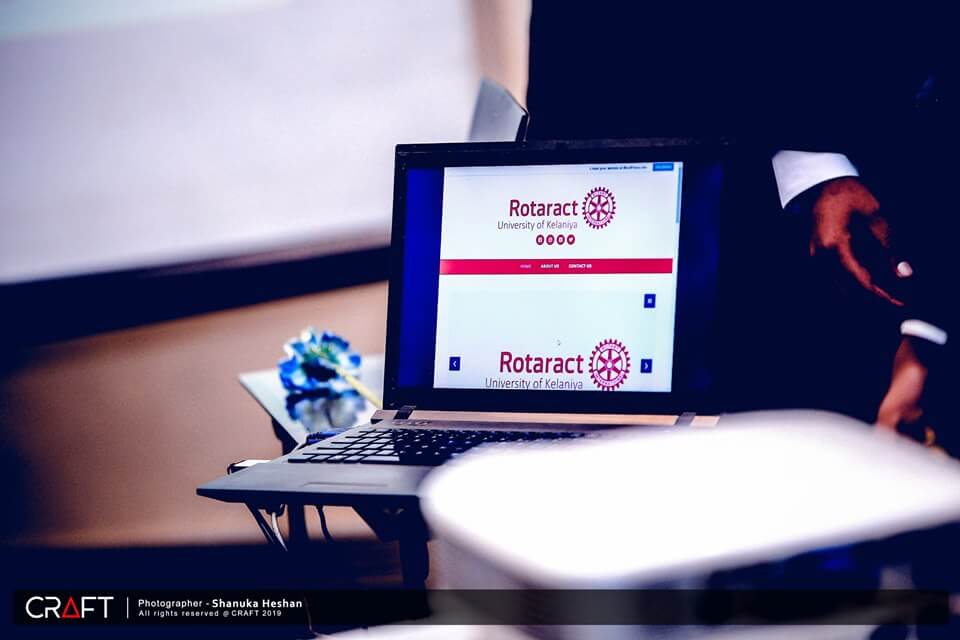 The Outgoing President and the Board were appreciated and warm wishes were extended to the Incoming President and Board by the District Rotaract Representative Rtr. PP. Krishan Balaji. In addressing the gathering he said the following. “Life without challenges is very boring. Challenges add spice to everything that we do. It’s like the food we eat. The food we eat with flavours is what makes it all more exciting. That’s what Rotaract is and that’s what Rotaract adds to our lives.” Guest of Honour – Co-District Rotaract Committee Chairperson Rtn. Sohan Perera, congratulated the Outgoing President for the efforts put into taking the club to great heights as well as the Incoming President and the Board.

The evening was enlivened by a fascinating entertainment item performed by the talented Club members. Moreover, the ceremony was enriched with the words of wisdom shared by the Chief Guest - Vice President of the Rotary Club of Colombo Uptown Rtn. Shaheed Cader. In his speech he stated that “Young people are the future of the country as well as the world. So as Rotaractors we should be aware of the things that are happening all over the world such as climate change, corruption, side effects of war and so on. And also we should start public discussion via the internet and make youngsters to do something different as well as to think out of the box.”

Finally, Tokens of Appreciation were distributed to the distinguished guests and there after the floor was opened for felicitations where Rotaractors of all the clubs who participated that day congratulated the Outgoing Board on a tremendous job done and added well wishes to the Incoming Board of the upcoming year. 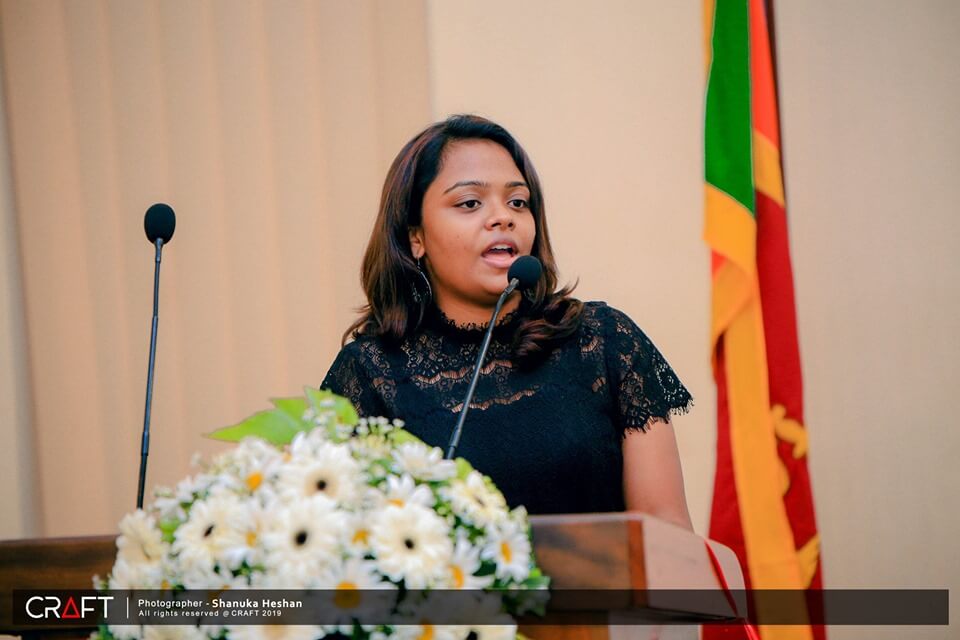 In conclusion the Vote of Thanks was delivered by Rtr. Nemindi Rathnayake, Secretary for the years 2019/2020. Afterwards, the house was called to order for refreshments and fellowship.

The Rotaract Club of University of Colombo, Faculty of Management and Finance (RACUOCFMF) would once again like to extend warm wishes to Rtr. Rivi Wijeratne and his Board of Directors for yet another wonderful year ahead. 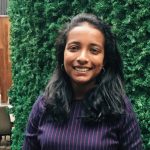