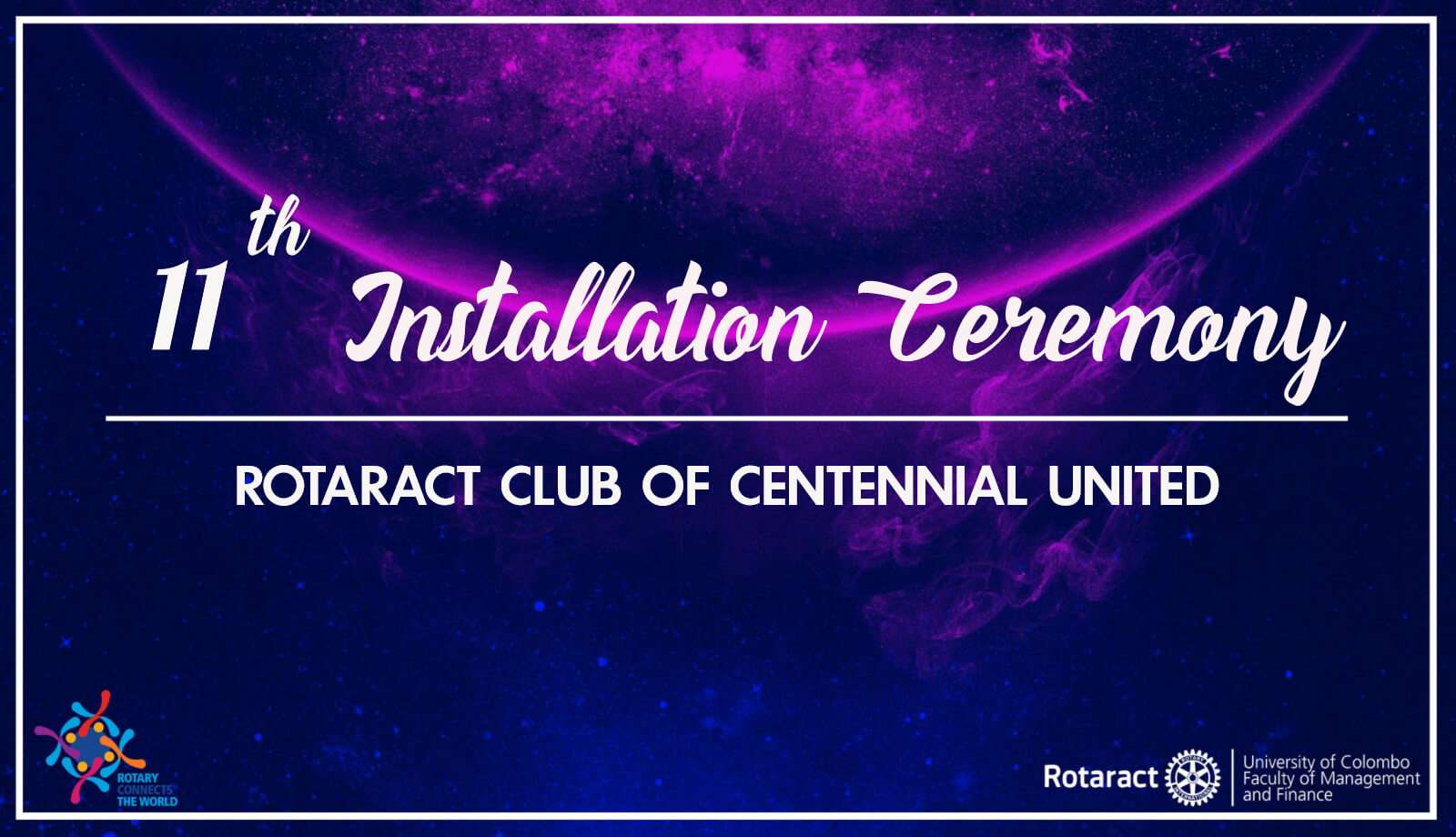 Posted at 23:22h in Installations, Others by rcuocfmfadmin 0 Comments

The 11th Installation Ceremony of the Rotaract Club of Centennial United was held on the 23rd of August 2019 at the DHPL Auditorium from 7.00 p.m onwards. Rtr. Ravindu Jayakody and Rtr. Yasitha Botheju from RACUOCFMF were present to rejoice this new leadership. The Ceremony officially commenced with the lighting of the oil lamp after which the Sergeant-at-Arms called the house to order. This was followed by the conventional formalities; The Rotaract Pledge, Invocation, 4 Way Test, Flag Salutation and the Rotaract Song. 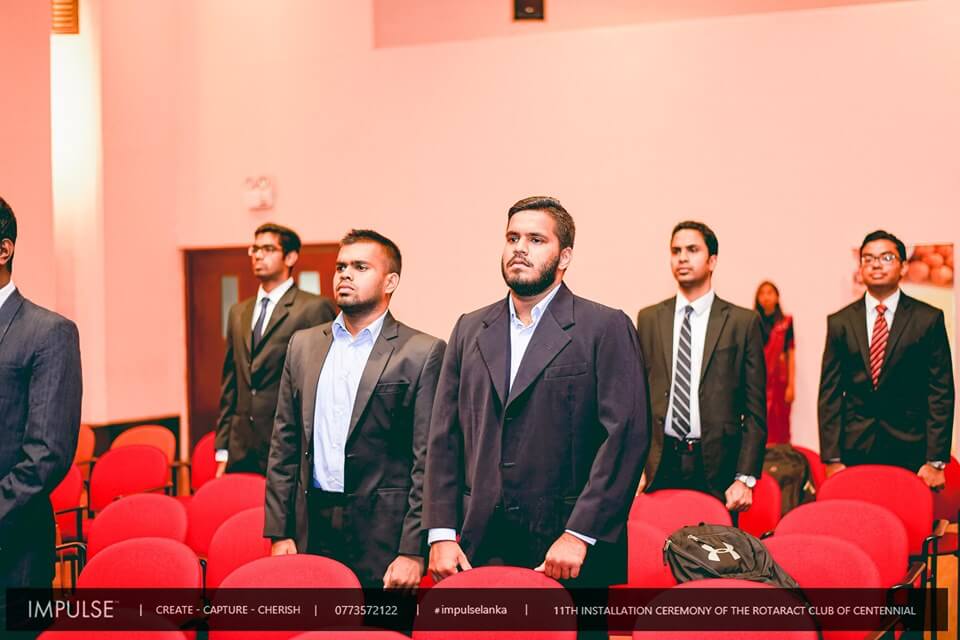 After Rtr. Malindra Perera warmly welcomed everyone, the Outgoing Secretary Rtr. Yoshana Premarathne delivered the Secretary's Report for the year 2018/19 to the audience. It revealed that they had carried out 27 projects in total during the year while also winning the Gold Award for “Most Outstanding Annual Report”.

Next, the Outgoing President Rtr. Joel Swamidoss addressed the gathering and he thanked the many individuals who had been pillars of support to the club’s success. In conclusion, a short video reflecting on the past year was played.

Next, Rtr. Yoshana Premarathne was gracefully collared as the Club President for the year 2019/20. Rtr. Yoshana then proceeded to address the gathering where she started off by saying “Find your voice and inspire others to find theirs”.

She also shared the interesting story behind the name of the club.

Further she stated that, Rotaract was not merely about doing projects and that it was more about creating meaningful connections and self-development. The theme for the year 2019/20 was revealed – “Connect, Unite & Serve”.  “Connect” draws inspiration from the slogan “Rotary CONNECTS the world”, “Unite” from Centennial UNITED and “Serve” – the biggest focus area of the club and the movement as a whole. In conclusion she gladly introduced her Board of Directors for the year 2019/20.

District Rotaract Representative Rtr. PP. Krishan Balaji, District Chairman Service Projects 2019/20 Rtn. PHF. G.S Sylvester and as well as the Chief Guest - President of the Rotary Club of Centennial United, Rtn. Air Marshall Kishan Yahampath shared a few words of advice and gladly wished the newly appointed Board the best of luck! In conclusion, the house was called to order for refreshments and fellowship.

It was indeed a pleasure for the Rotaract Club of University of Colombo, Faculty of Management & Finance (RACUOCFMF) to be part of this occasion and would like to extend its warm wishes to Rtr. Yoshana Premarathne and her Board of Directors for yet another wonderful year ahead.