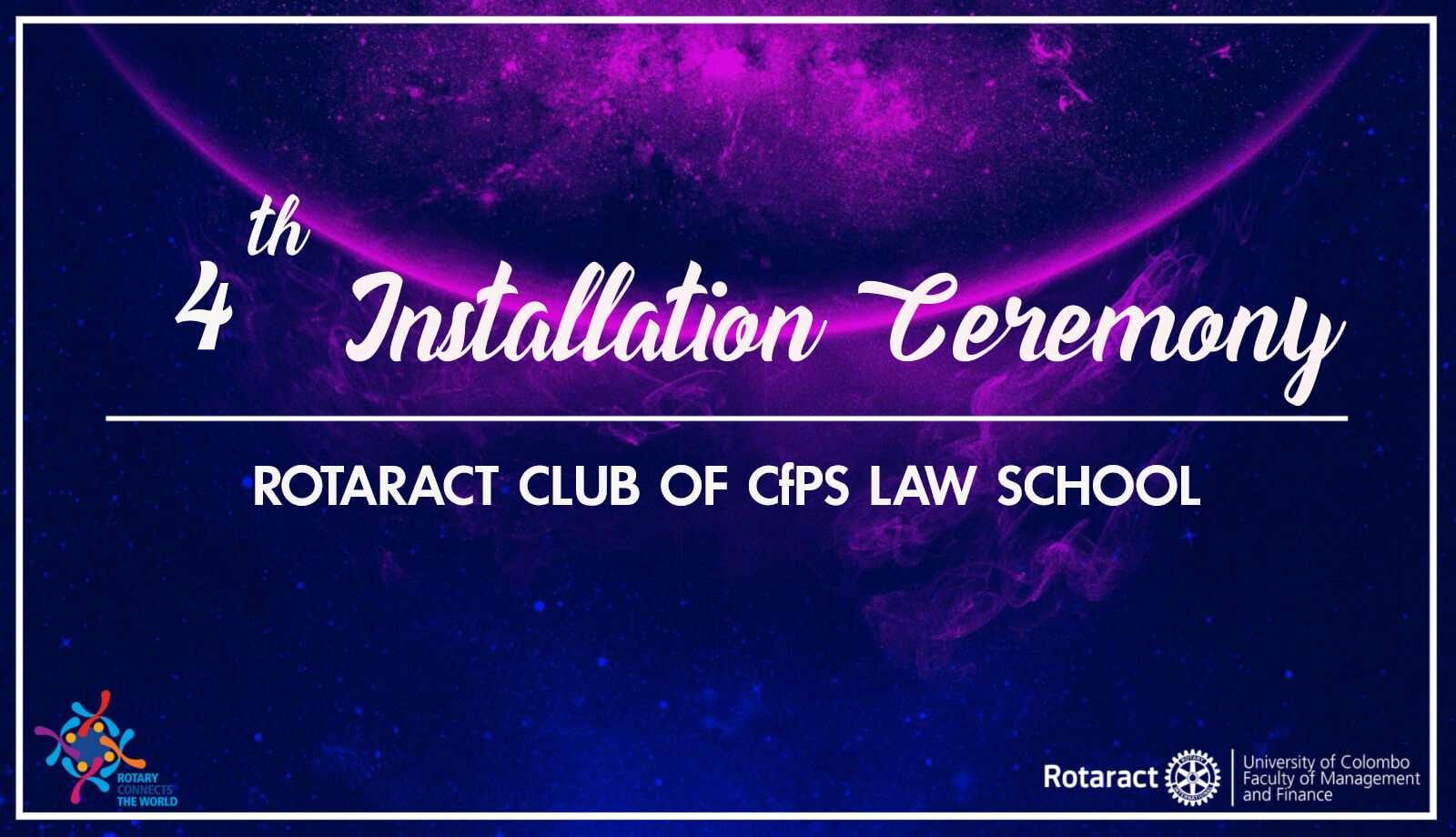 Posted at 09:53h in Installations, Others by rcuocfmfadmin 0 Comments

The 4th Installation Ceremony of the Rotaract Club of CfPS Law School was held on the 20th of August 2019 at the DHPL Auditorium. Rtr. Navindu Manage and Rtr. Samiddhi Wanigasekara from RACUOCFMF were present to rejoice this new leadership.

With the arrival of the dignitaries of the event which included the Chief Guest, Director of Students Affairs and International Services of CFPS Law School - Manori Pieris, Guest of Honor, President of the Rotary Club of Colombo East Rtn. Selladore Radakrishnan and District Rotaract Representative Rtr. PP Krishan Balaji, the event commenced.

Following the lighting of the oil lamp after, the Sergeant at Arms called the house to order. This was followed by the conventional formalities; The Rotaract Pledge, Invocation, 4 Way Test, Flag Salutation and the Rotaract Song. The gathering was warmly welcomed by the Chairperson of the Installation Rtr. Shalinthana Abeynayake.

Afterwards the Secretary’s Report for the year 2018/19 was delivered by the Past Secretary Rtr. Chathuri Thewarapperuma. Next there was a special gift for the Immediate Past President Rtr. Narthana Weewita from her Board of Directors followed by her address to the gathering. She extended her sincere gratitude to the Outgoing Board for their immense contribution and highlighted the contribution of each and every individual including club members during her journey of presidency. This was followed by the distribution of Tokens of Appreciation for the most outstanding Rotaractors.

Next was the introduction of the Incoming President for the year 2019/20 Rtr. Vichakshi Dayakumara who was gracefully collared by the Outgoing President Rtr. Narthana Weewita.

Then the stage was opened to the newly appointed president Rtr. Vichakshi Dayakumara to address the audience where she beautifully conveyed that “Do not chase success. Follow excellence and success will follow you." She also made it an opportunity to thank all the supporters who guided her to reach this achievement in her Rotaract journey. In winding up her speech she introduced her Board of Directors for the year 2019/20.

Afterwards, the Outgoing President and his Board were appreciated and warm wishes were extended to the Incoming President and her Board by the following dignitaries; District Rotaract Representative Rtr. PP Krishan Balaji, Co-District Rotaract Committee Chairperson Rtn. Sohan Perera and the Chief Guest - Director of Students Affairs and International Services of CfPS Law School Manori Pieris.

After the much-enjoyed entertainment item, Tokens of Appreciation were distributed by Rtr. Vichakshi Dayakumara to the distinguished guests for the evening and thereafter the floor was opened for felicitations where Rotaractors of all the clubs who participated that day congratulated the outgoing board on a job well done and added well wishes to the Incoming Board for the upcoming year. 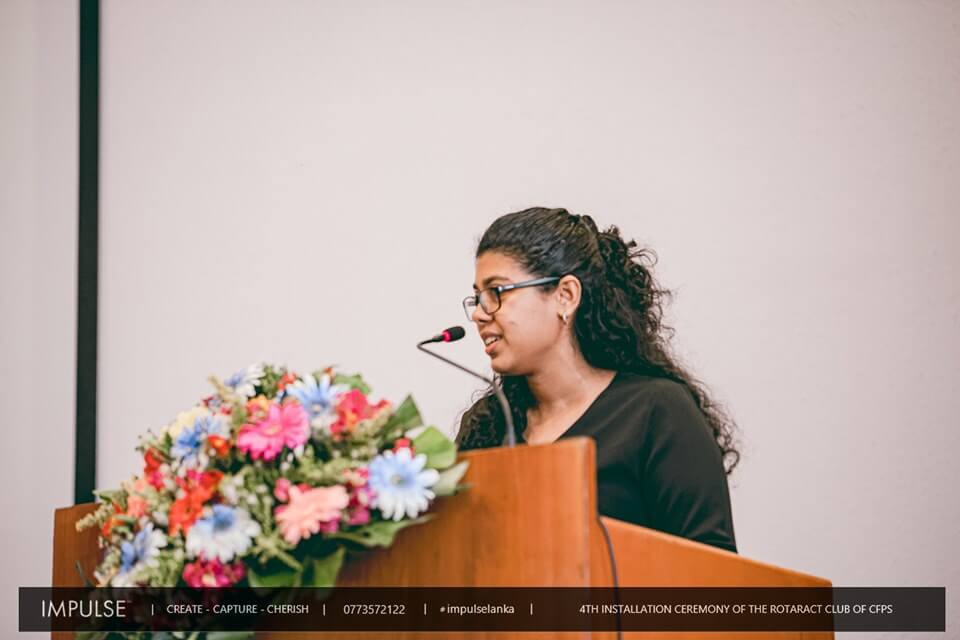 This memorable evening came to an end with the Vote of Thanks by the Secretary for the year 2019/20 Rtr. Anuji Anjana. The Rotaract Club of University of Colombo, Faculty of Management and Finance (RACUOCFMF) would like to extend warm wishes to Rtr. Vichakshi Dayakumara and her board for their upcoming journey they just embarked upon!