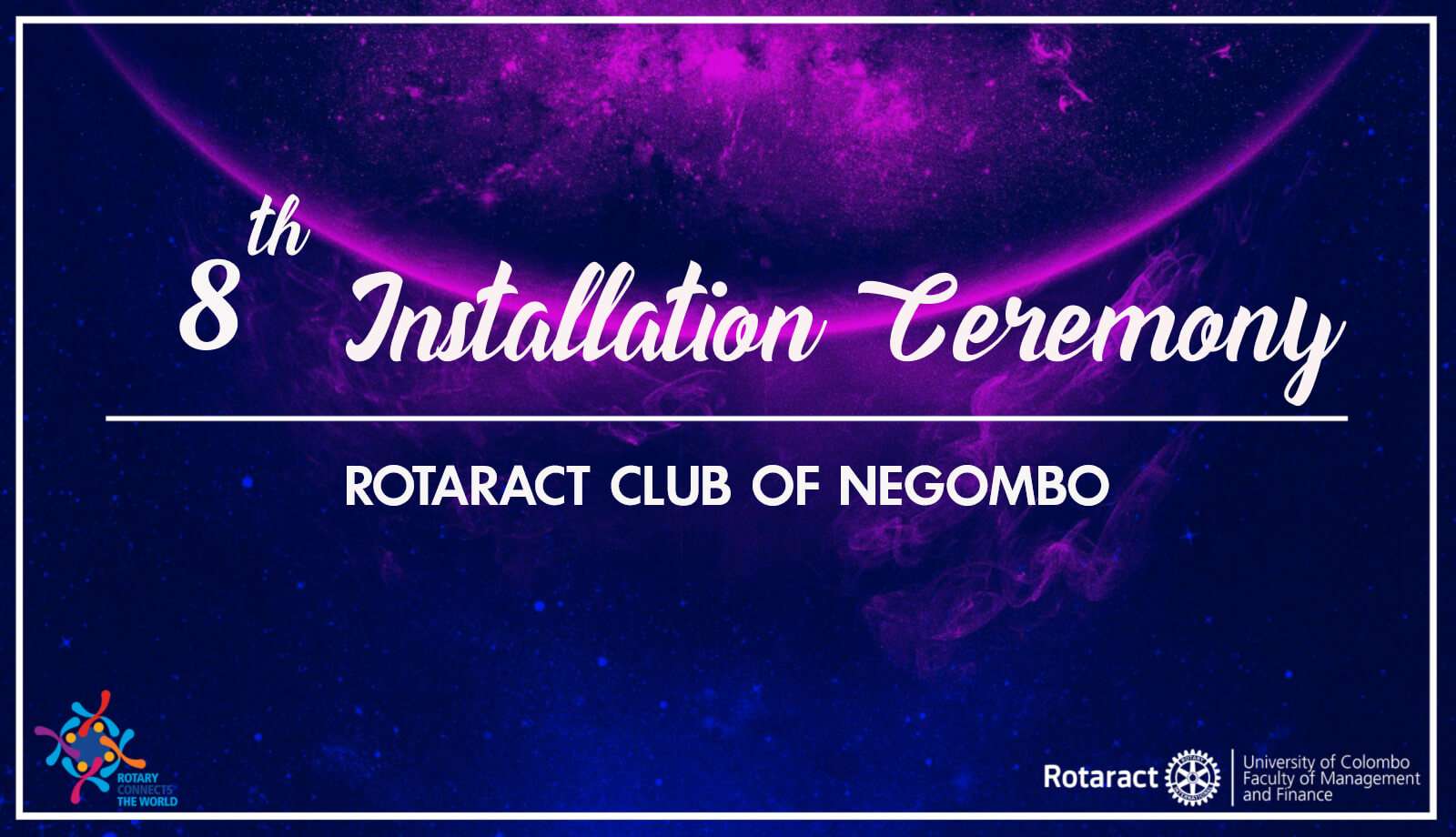 27 Oct 8th Installation Ceremony of the Rotaract Club of Negombo

Posted at 12:48h in Installations, Others by rcuocfmfadmin 0 Comments

The 8th Installation Ceremony of the Rotaract Club of Negombo successfully and quite colorfully concluded with its vibrant theme on the 1st of September 2019 at the Paradise Beach Hotel. Rtr. Ovin Bimsara attended the Ceremony on behalf of our club RACUOCFMF. 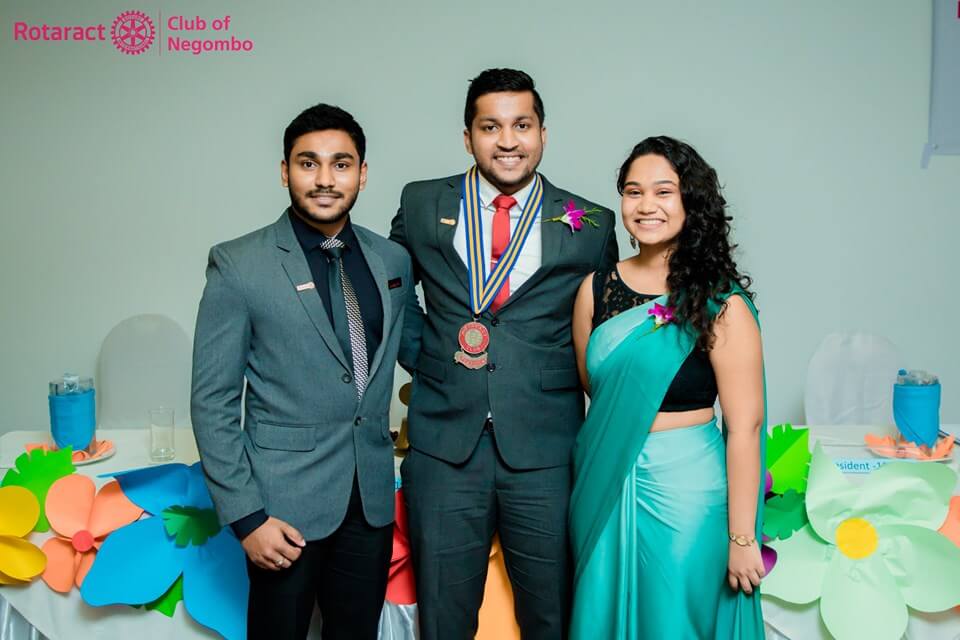 The Ceremony officially commenced with the lighting of the traditional oil lamp by the dignitaries of the evening who took their respective seats at the head table, afterwards. Among them were the Chief Guest - President of the Rotary club of Negombo, Rtn. PHF. Alex Cooray, Guest of honor - Managing Director of Ansen Agriculture Pvt. Ltd, Mr. Angelo Wijesinghe and District Rotaract Representative Rtr. PP. Krishan Balaji. Then the Sergeant-at-Arms Rtr. Gigira Fernando called the house to order followed by the conventional Rotaract formalities conducted by Rtr. Geraldine Samarasinghe.

The gathering was warmly welcomed by the Chairperson of the Installation Ceremony Rtr. Sanduni Croos. The Outgoing Secretary Rtr. Minolie Fernando presented the Secretary’s Report for the year 2018/19. She highlighted and explained the 32 projects they carried out in different avenues during the year and how they were able to reach a milestone of a membership of 50 members in the club in that year.

Next, the Outgoing President Rtr. Rishni Fernandopulle addressed the audience. She elaborated how the club was inspired by new leadership and new skills and how active all the club members were in the aftermath of the tragic Easter attacks. Rtr. Rishni highlighted the fact that the "Smile Army" committee raised 2 million rupees with many fund-raising activities and donations. This was followed by a distribution of a Token of Appreciation to the Outgoing Secretary by the Outgoing President. 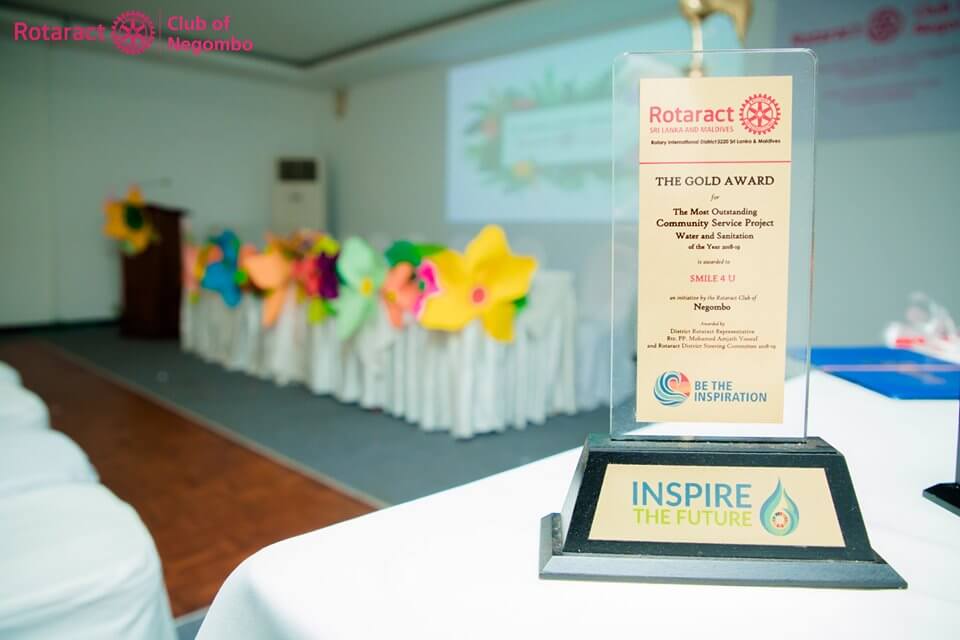 Rtr. PP Dinith took the opportunity to introduce the Incoming President for the year 2019/2020. Afterwards Rtr. Rajeev Fernando was gracefully collared as the Club President for the year 2019/20. The newly appointed President declared his theme for the year for his club -  ‘Innovate to Impact’. He stated that he believed this theme will be an inspiration as well as an internal marketing tool to their members. He touched upon the main two committees the club had structured for the year ; 1. Project Feasibility and Sustainability Committee and Finance Committee. His speech was followed by a video clip on "Smile 4.0". At the end, he promised that "Smile 5.0" will be bigger and better this year.

Afterwards, he gladly introduced the Board of Members for the year of 2019/2020.

The Executive Committee and Board of Directors for 2019/2o are as follows;

Next, members were inducted by the newly appointed President. District Rotaract Representative Rtr. PP. Krishan Balaji congratulated the newly appointed Board and appreciated the fun and energy that the Rotaract club of Negombo brings to the table. After that the Guest of Honor for the evening made a speech on youth and empowerment and then the Chief Guest addressed the gathering as well.

Following the distribution of the Token of Appreciation to the dignitaries by Rtr. Rajeev, the newly appointed Secretary Rtr. Sineka Ranasinghe concluded the Installation Ceremony after delivering the vote of thanks.This memorable evening came to an end after the stage was open for felicitation. 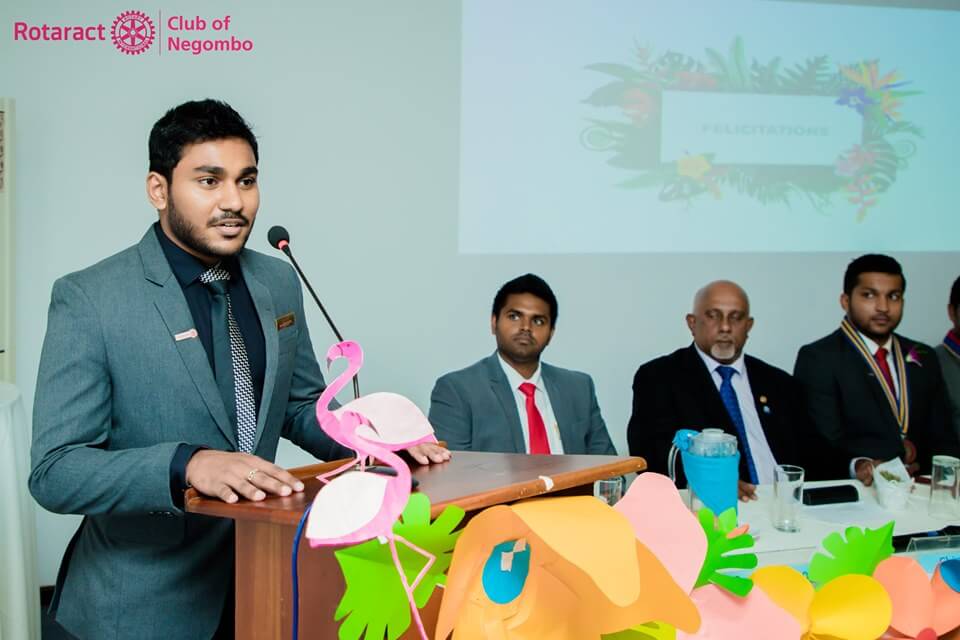 The Rotaract Club of University of Colombo, Faculty of Management and Finance (RACUOCFMF) would like to extend warm wishes to Rtr. Rajeev Fernando and his board for their upcoming journey they embarked upon!