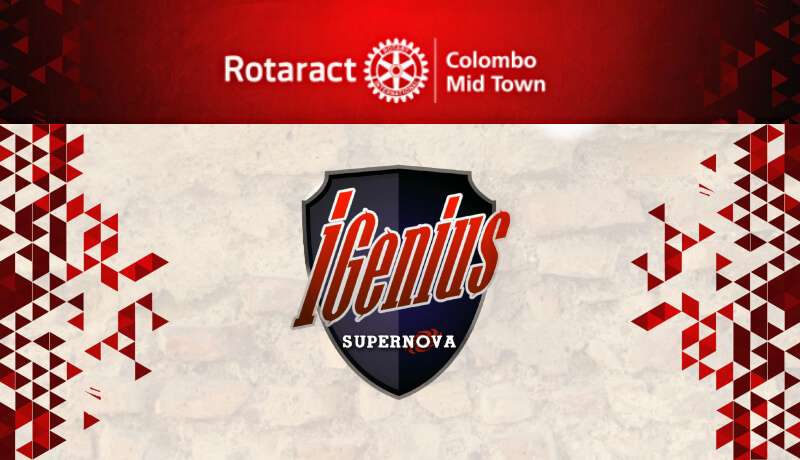 Posted at 11:57h in External Club Events, Others, Uncategorized by rcuocfmfadmin 0 Comments

“All it takes is 1% inspiration to be a genius.
The rest is hard work and determination”

iGenius Supernova is an Annual Quiz Competition organized by the Rotaract Club of Colombo Midtown. This year it was held on on the 1st of September at the Namel Malini Punchi Theatre, Colombo 08 from 9.00 a.m onwards, with a massive participation of over 30 teams, each comprising 4 members. The Quiz was open to members from not only Rotaract but also to Rotarians of Rotary International District 3220, Interactors, University Undergraduates, Tertiary Education Institutes and Corporates as well. Team RACUOCFMF included Sachinthani Abeyasekera, Sandani Saparamadu, Ravisha Saparamadu and Joel Mark.

iGenius consisted of 8 main Rounds. The first four Rounds included Audio and Visual Rounds and covered questions from the World around us in general, Sports and the Entertainment Industry. There were 10 questions in each Round and some of them were absolutely mind twisting and unexpected as promised by the description on the Event Page! - “How many times does blood filter through the liver per day?”, “What is Betelgeuse?”, “Who is the singer of a Boy with luv” to name a few.

The 5th Round was all about making connections between 12 words given on screen. We personally found this challenging and interesting as we came up with connections that were out of this world. The next Round was the “Flag Round” where we had to draw flags of different countries, name the country and the capital city. Team RACUOCFMF thoroughly enjoyed this Round in which we were able to secure a considerable amount of points. Unfortunately the calculated scores following this Round denied our opportunity of proceeding to the Top 15 Teams. 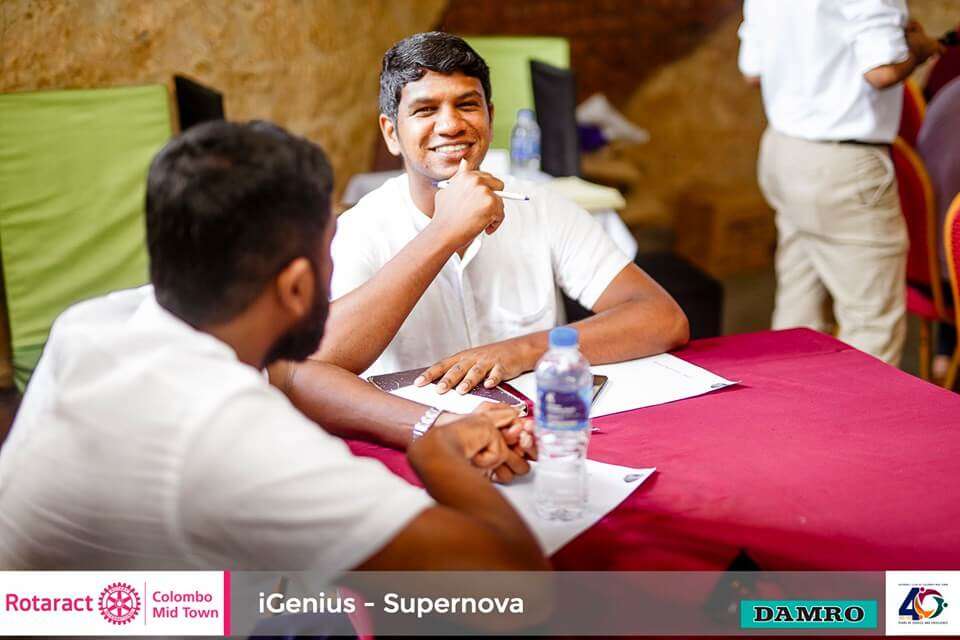 Here’s a few captures of the intensely competitive atmosphere that prevailed. 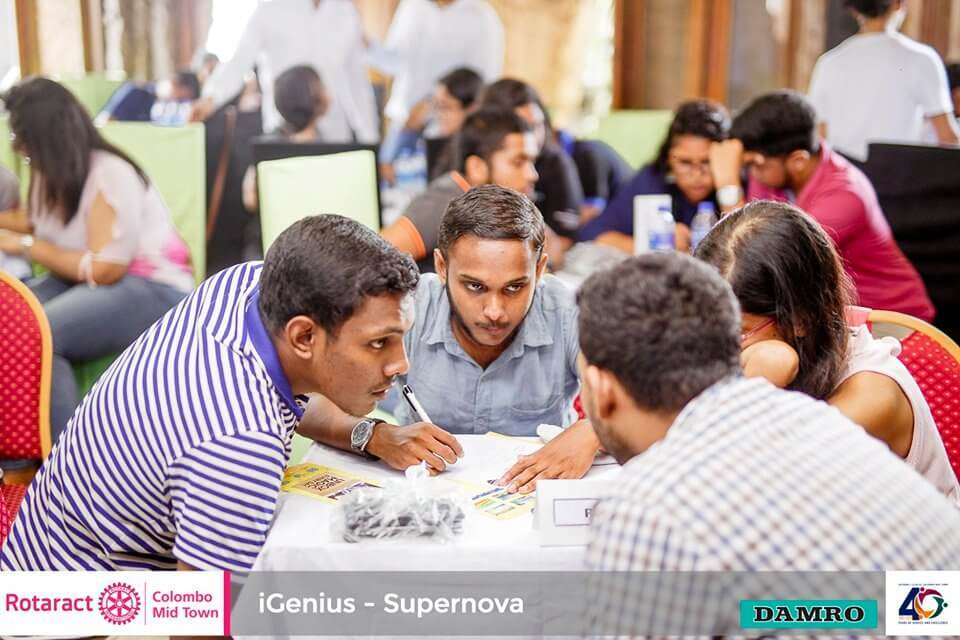 Rotaract Club of Faculty of Law,
University of Colombo 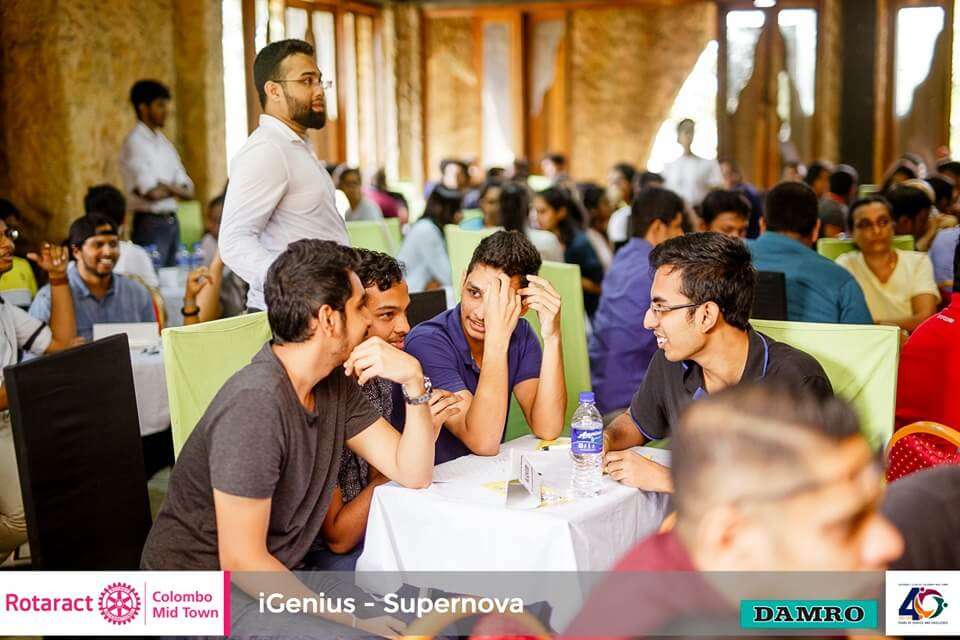 In the 7th Round the Top 15 Teams battled it out by bidding to answer questions and thereby attempting to accumulate more points. After a day of intense and exciting quizzing, the following teams emerged victorious at the end.
Champions: Team Dashing
1st Runners Up: Team Wizards
2nd Runners Up: Team Swear-wolves

The Winning Teams who proved that they
had what it takes to do their best!

iGenius Supernova presented an opportunity to individuals from different walks of life, representing various age categories, to unlock their knowledge with the speed of thought. It was a great pleasure to be part of this event where we learnt so much while having fun as always!

Rotaract Club of Colombo Mid Town
aligning the event with the concept
of  “Go-Green” as usual. 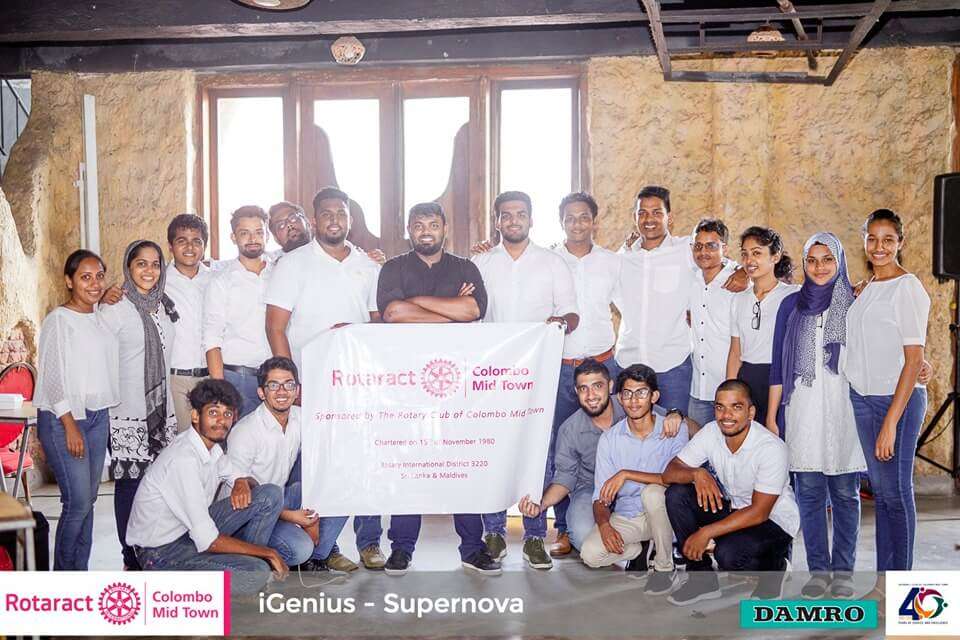 Kudos! to our comrades from the Rotaract Club of Colombo Mid-Town for organizing such a great event that was challenging, engaging and fruitful! We definitely walked out with a head full of new-found knowledge!