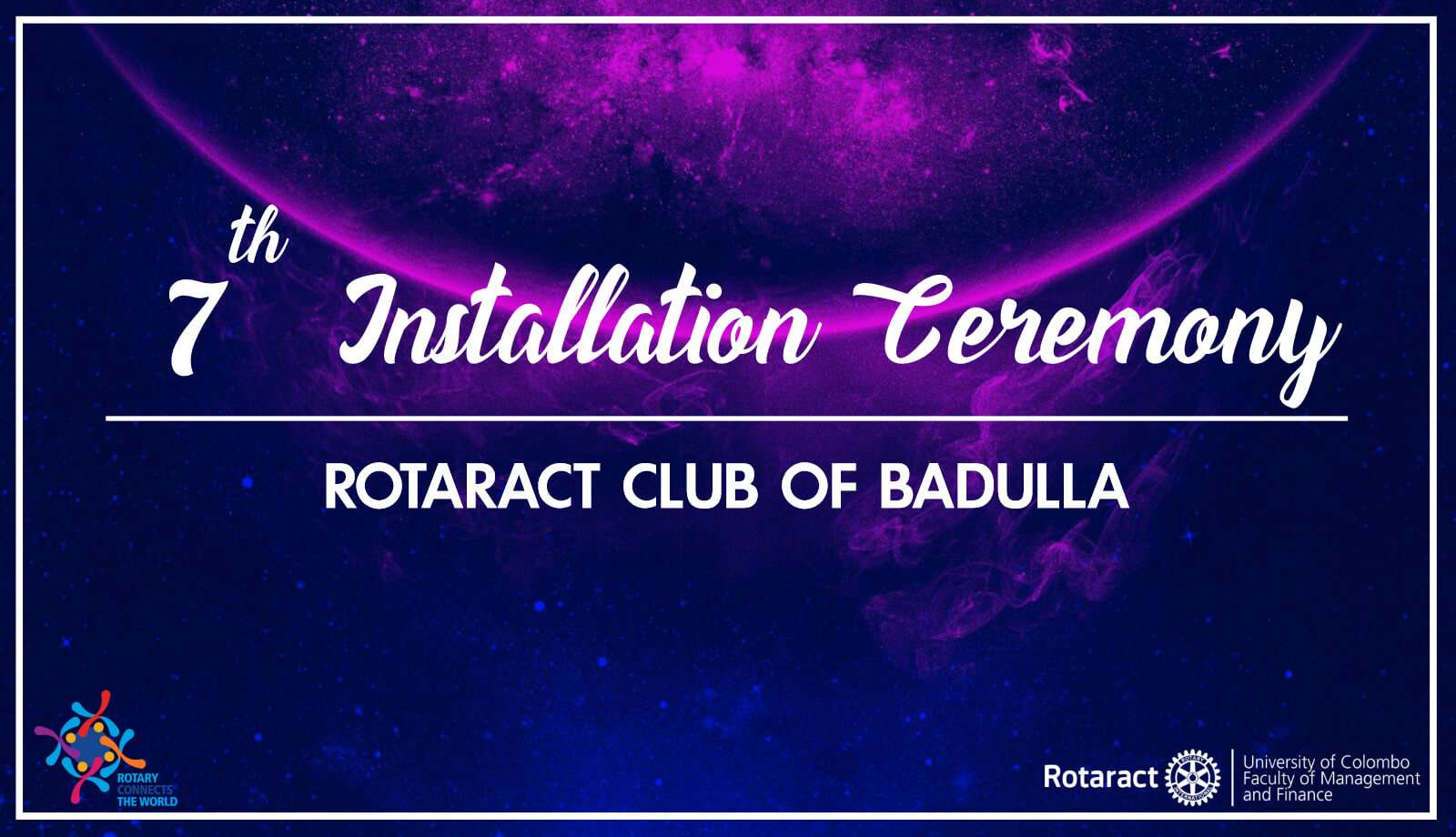 17 Nov 07th Installation Ceremony of the Rotaract Club of Badulla

Posted at 18:34h in Installations, Others, Uncategorized by rcuocfmfadmin 0 Comments

The 07th Installation Ceremony of the Rotaract Club of Badulla was held on the 05th of October 2019, at the Uva Wellassa University. Rtr. Ovin Bimsara from RACUOCFMF attended to witness the new leadership of the Rotaract Club of Badulla. It was quite refreshing to attend an Installation Ceremony on a Saturday morning in a breezy climate with a view of a beautiful range of hills. 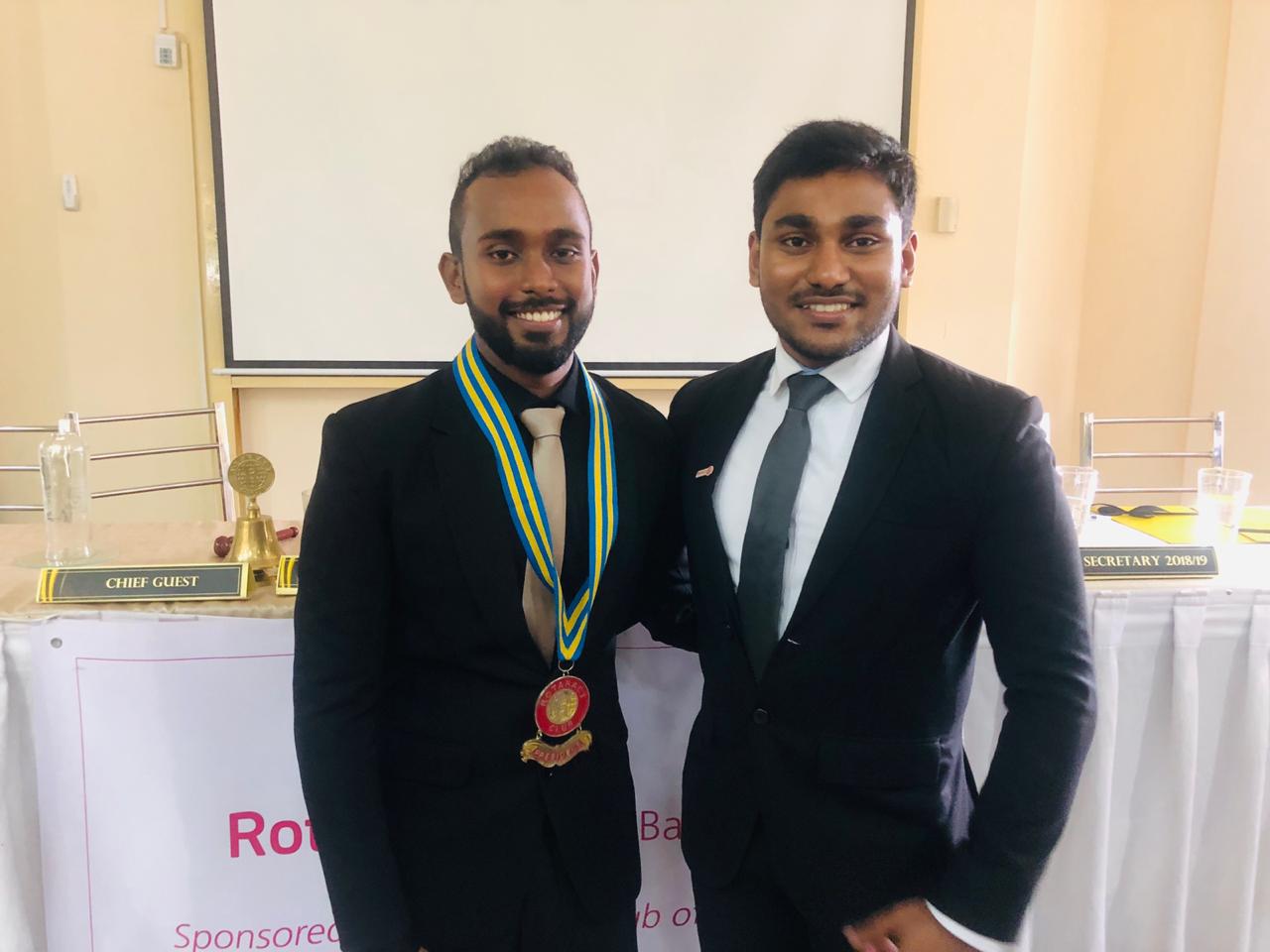 To commence the ceremony, the dignitaries of the evening were invited to light the traditional oil lamp. The Sergeant at Arms called the house to order, followed by the National Anthem, Rotaract Invocation, Flag Salutation, Four Way Test and the Rotaract Song.

The audience was served "Belimal" drinks in coconut shells, along with milk toffees. The welcome speech was delivered by Rtr. Indunil Senarathna and this was followed by the presentation of the Secretary’s Report for the past year by Rtr. Kasunika Muthumala. She admired the Outgoing President and the team and highlighted the projects which were awarded at the assembly, such as Project Suraksha, which won the award for the most outstanding project under the Community Service Avenue. Before the end of the speech, she touched upon Project Lush, which is a tree planting project and appreciated the Rotary Club of Badulla. Next, was the address by the Outgoing President, Rtr. Samandhith Uthpala, in which he appreciated those who supported him and his team.

Rtr. Charutha Dayarathne then welcomed us all to Badulla in his address and emphasized the ceremony's theme which was ‘Zero waste and Healthy Meal’. This theme was made prominent in all aspects of the ceremony with efforts such as providing the "Belimal" drink in coconut shells, milk toffee as a snack, wooden cutlery as gifts, tokens of appreciation made with used glass bottles and providing lunch packets which were wrapped in lotus leaves. At the end of President’s speech, he introduced his Board of Directors for the year 2019/20.

Afterwards, the District Rotaract Representative Rtr. PP Krishan Balaji addressed the gathering and appreciated the amazing scenery in Badulla. He admired the Rotaract Club of Badulla as one of the outstanding emerging Rotaract Clubs and congratulated the newly appointed Board.

A refreshing moment was brought into the room by Rtr. Anushka and Rtr. Samitha with an entertaining item. Next, Mr. Jagath Kulathilaka, a Senior Lecturer of Uva Wellassa University, delivered the keynote speech. This was followed by the speeches of Guest of Honor, Rtn. PP Krishantha Pussegoda, Regional Coordinator for the Uva Wellassa province and Youth Service Counselor of the Rotary Club of Badulla and Chief Guest Rtn. Pujitha Marasinghe, President of the Rotary Club of Badulla.

Newly appointed President Rtr. Charutha Dayarathne then presented Tokens of Appreciation to the dignitaries. The floor was open for felicitations where wishes were extended to the Outgoing Board and the Incoming Board. The event concluded with the Vote of Thanks, delivered by the Joint Secretary for the year 2019/2020, Rtr. Chamodi Wewelwala followed by fellowship and lunch.

The Rotaract Club of University of Colombo, Faculty of Management and Finance (RACUOCFMF) would like to extend its warm wishes to Rtr. Charutha Dayarathne and his Board for their upcoming journey they embarked upon!