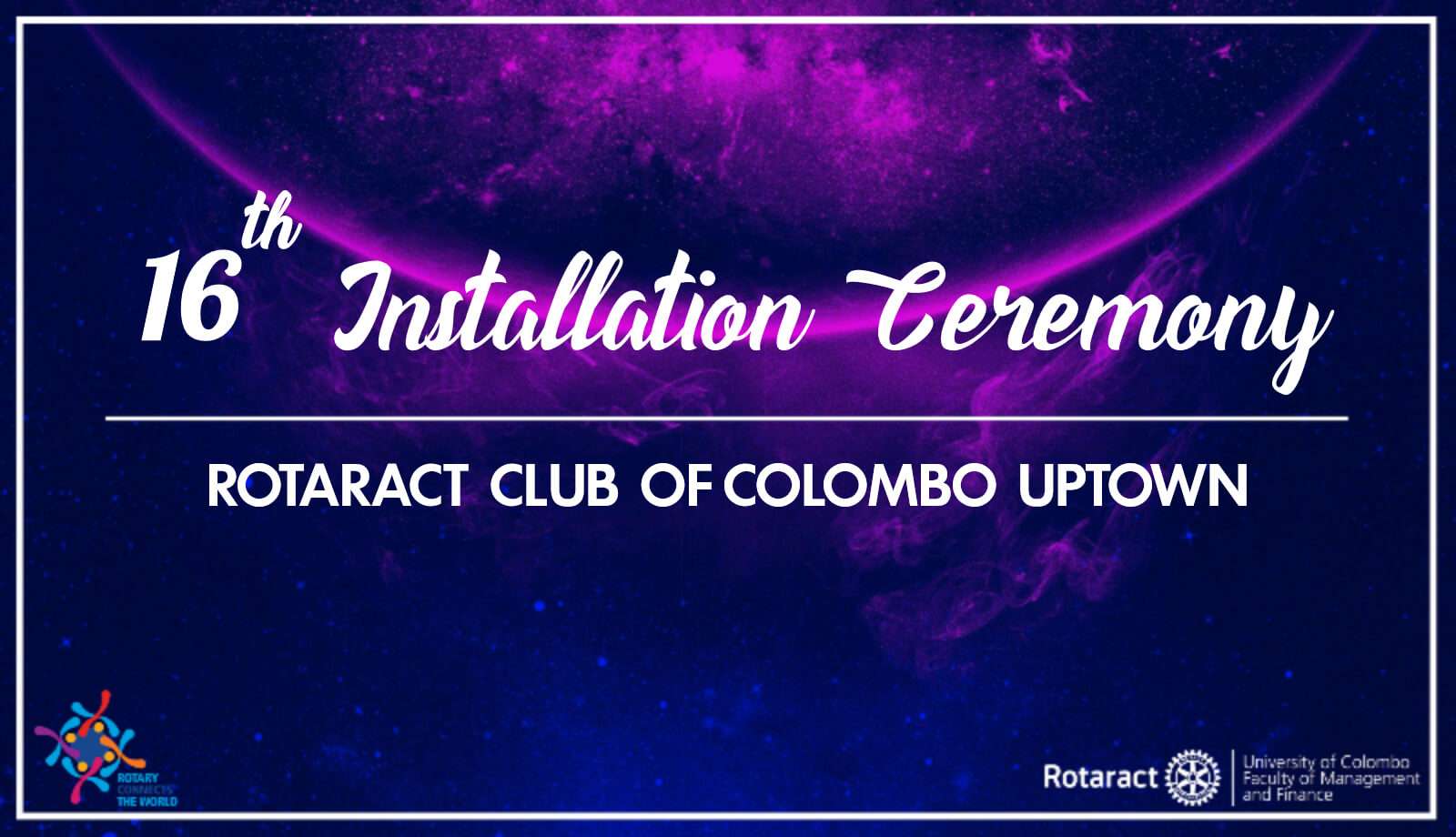 Posted at 12:56h in Installations, Others by rcuocfmfadmin 0 Comments

The 16th Installation Ceremony of the Rotaract Club of Colombo Uptown was held on the 21st of September at the Royal College Union Skills Centre. It was refreshing to attend an Installation on an early Saturday morning after a long Friday night. Rtr. Piyumi Abeywardhana, Rtr. Sachinthani Abeyasekera and Rtr. Saseni Wijegunawardane from RACUOCFMF attended to celebrate this new leadership. 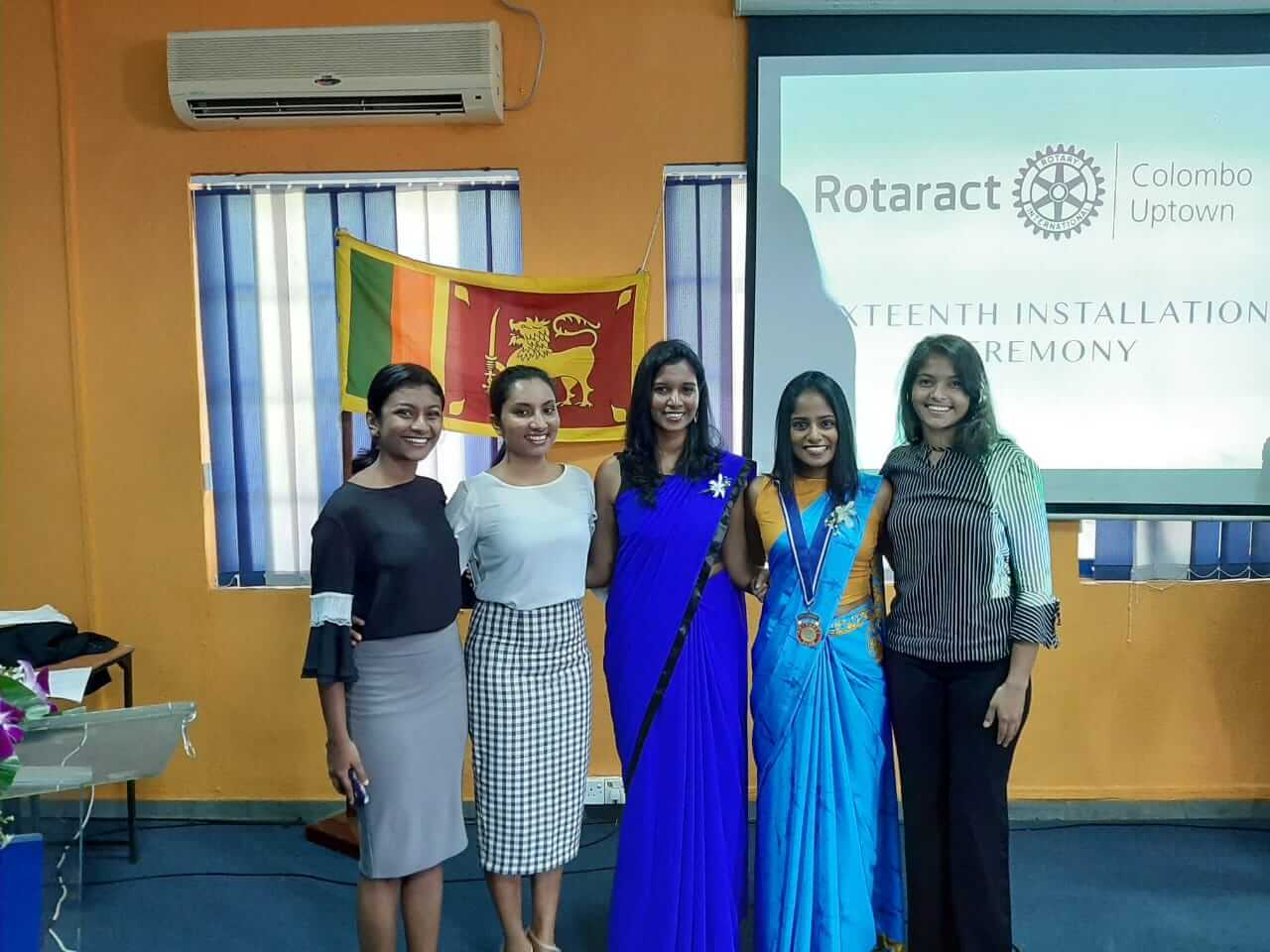 To commence the proceedings the traditional oil lamp was brightened by all the dignitaries including the Chief Guest of the occasion - Vice President of the Rotary Club of Colombo Uptown Rtn. Sahen Carder.

After the house was called to order by the Sergeant-at-Arms, all rose for the national anthem which was followed by the Flag Salutation, Rotaract Invocation, Four Way Test and the Rotaract Song.

The gathering was welcomed by the Chairperson of the Installation Ceremony - Rtr. Hafsa Khaman and this was followed by the presentation of the Secretary’s Report for the past year by Rtr. Nikini Hapuarachchi. The year had seen the successful completion of 23 projects during the year with 10 Club Service projects, 4 Community Service projects, 5 Professional Development projects and 4 International Service projects.

The significant project they had been involved in during the year was of course RFTL (Run For Their Lives) which is a project done annually and is recognized by all Rotaractors around the country. Other projects included i-Spy and a Mental health awareness, wealth management and youth exchange programme which was conducted for the second consecutive time in collaboration with the University of Hongkong.

Next was the address by the Past President Rtr. Amrick Andrado who left us with the message “don’t doubt yourself, strive to achieve the best and stay humble.”

Following this inspiring speech the Incoming President was introduced by her best friend Sashara Wijerathna who revealed interesting “must-know” facts about the Incoming Preisdent like how Rtr. Nikini was one of the triplets.

This was followed by the Outgoing President gracefully collaring the Incoming President Rtr. Nikini Hapurachchi and officially handing over the duties. In her speech President Rtr. Nikini mentioned how the club which started with only 14 members, geared themselves to grow to success over the years and stated that it was her aim to make sure that the Rotaract Club of Colombo Uptown was remembered for its Passion, Commitment and Perseverance.

She ended her speech by saying that a happy person has 3 important things – “Someone to love, something to do and something to move for.” Afterwards she gladly introduced her Board of Directors.

The crowd was then addressed by the District Rotaract Representative PP. Rtr. Krishan Balaji who was also a part of the Uptown family, mentioned that the basic purpose of any Rotaractor was to “support each other and be a part of Rotaract not only as a member of the Uptown family but also as part of the entire Rotaract movement.” He appreciated the display of the artwork of one of the children’s projects that was used as decorations for the Installation Ceremony and ended with a message saying to “light up the world of others just like the colours of the painting that added spark to the event.”

Next was the address by the Co-Rotaract District Committee Chairperson - Rtr. Sohan Perera, who thoroughly appreciated the project of Mental Health awareness and he mentioned that it was an area which even Rotary Clubs have not touched upon properly leave alone Rotaract Clubs. This was followed by a few words of advice and Best Wishes by the Chief Guest – the Vice President of the Rotary Club of Colombo Uptown - Rtn. Sahen Carder.

Tokens of Appreciation were presented to the dignitaries present and the floor was open for felicitations where wishes were extended to the Outgoing Board and the Incoming Board. The event was concluded with the Vote of Thanks delivered by the Joint Secretaries for the year 2019/2020 - Rtr. Githma Wijerathne and Rtr. Shabnam Mohamed followed by fellowship and refreshments.

It was indeed a great pleasure for the Rotaract Club of University of Colombo, Faculty of Management and Finance (RACUOCFMF) to be part of this memorable occasion and would like to extend our warm wishes to Rtr. Nikini Hapuarachchi and her Board of Directors for an amazing year ahead! 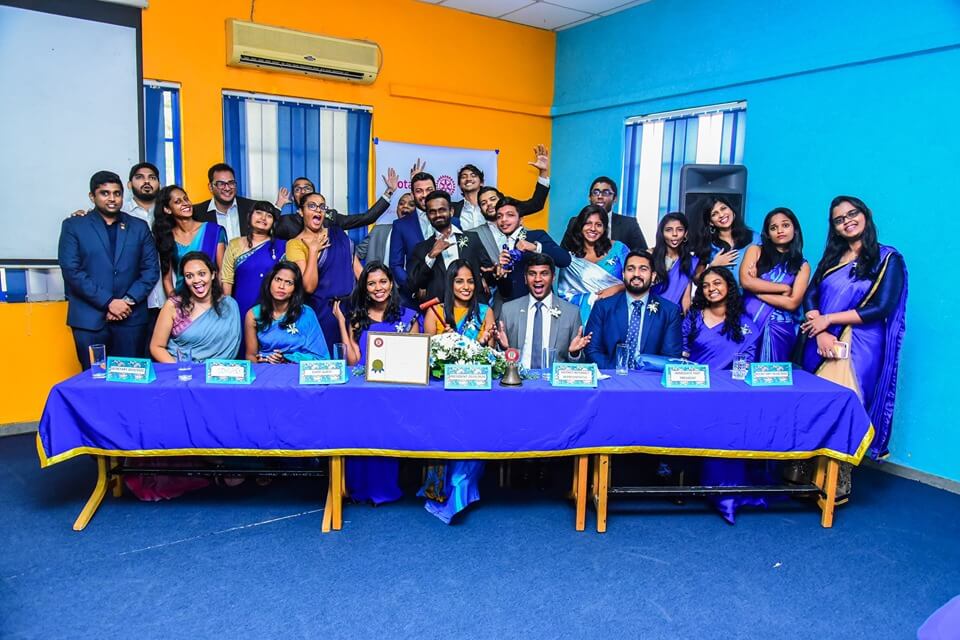