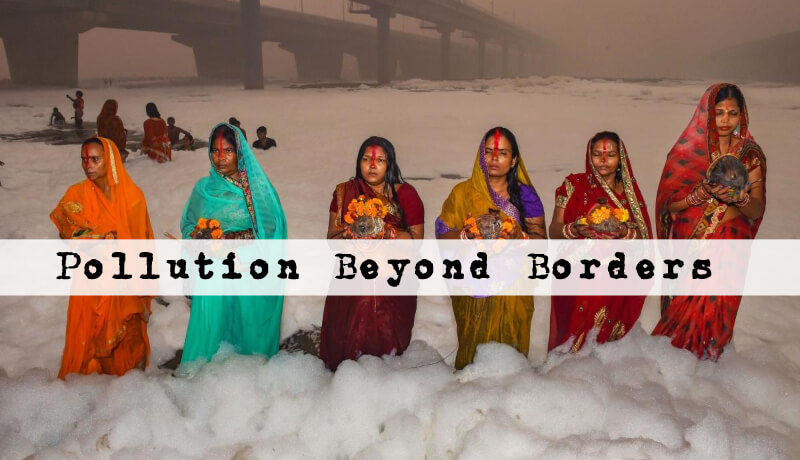 Posted at 19:47h in Featured by rcuocfmfadmin 0 Comments

I remember learning about Ganga Yamuna, the longest tributary in India. History wasn’t my favorite class, but for some reason, the strategic and cultural importance of Yamuna had stuck with me over the years.

But little was I prepared to learn the current state of the river that was once the lifeline of Indian civilization.

River Yamuna is dying — and it’s dying a dramatic death. The part of the river that flows through Delhi was proclaimed dead several years ago, with barely any oxygen left.

It’s worrisome for many reasons — the number one reason being the dwindling water resources of India.

Earlier this year, Chennai ran out of water. Satellite images show how the lake Puzhal (Red Hills lake) completely disappeared within a single year between October 2018 and May 2019.

As the global temperatures rise, climate change is intensifying and prolonging India’s droughts.

The demand for water is projected to double its supply by the end of 2030, challenging access to clean water for over 40% of the Indian population.

The world’s second most populous country is running out of water, and failing to conserve even the available water resources.

Which is exactly why the pictures of devotees, clutching to their faith, and wading through a thick blanket of toxic foam in river Yamuna, are raising eyebrows. 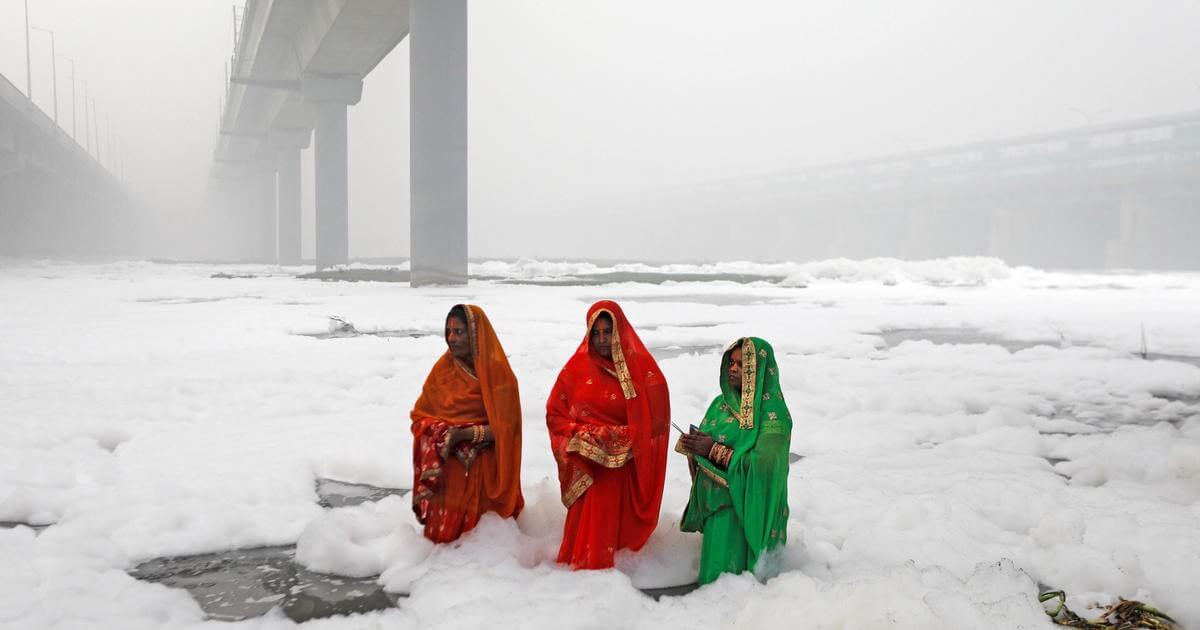 The rituals were as part of the festival Chhath Puja, performed to the Sun around the holy water bodies. But the festival was marred with pollution, both in water and air.

Delhi in the spotlight again, for all the wrong reasons.

This isn’t a frozen river or sub zero temperatures leading to gray skies. It’s the river Yamuna at it’s poisonous worst spitting out toxic fumes on the occasion of #ChhathPooja-devotees brave #DelhiPollution & #DelhiSmog for the prayers ceremony.Shameful state of affairs #SHOCKER pic.twitter.com/20qzYHtlWO

Dubbed as the “Ice bergs of Yamuna” it may look as white as snow, but it’s far from pure. Although “illegal,” the river is being used as a common garbage dump. Currently, nineteen drains in the capital flow freely into the river.

Delhi air pollution is at record highs too and as their pollution problem worsens, it spreads beyond their borders to neighboring countries.

Following the Delhi crisis, my island nation Sri Lanka reported twice the level of pollutants in the air, and smoggy skies. I spotted it too. I could barely read out street signs.

And when India goes down, it may take its neighbors with it too.